Pisces: Headwaters and Delta of the Zodiac 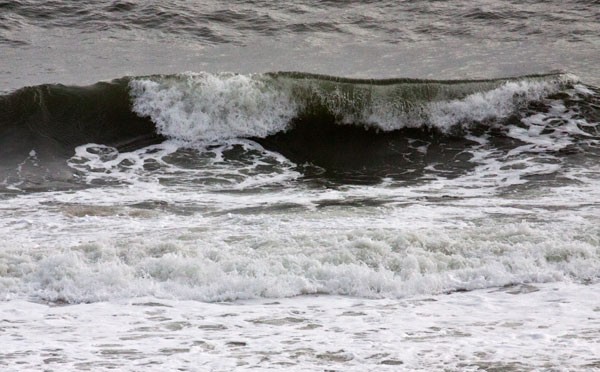 This week the Sun ingressed Pisces, the last sign of the zodiac. As a water sign, Pisces is the delta that refuses no river or stream, and is the spiritual headwaters of the psyche, from which all creative potential flows.

Neptune, the modern ruler of Pisces, is a long-term visitor in its home sign. Neptune is providing a fresh inflow of watery energy into Pisces.

The Sun will make a conjunction to Neptune this Sunday at 1:11 pm EST, though we’re definitely feeling its effect now. This pairing can feel emotionally and psychically sensitive, wide open and creative. It can also express itself in darker ways as depressive, or given to denial or overindulgence.

With strong Neptune events—and this is one of the most influential—it's necessary to stay alert and watch for less-than-wholesome influences.

This strong Pisces influence may heighten your sense of empathy or influence you to become more concerned with the welfare of others than with your own. The world could use more of that. If your work focuses on helping others, Sun-Neptune will strengthen this ability.

But for anyone who is already very sensitive—especially psychically—and who struggles with being wide open to the energy, emotion and unspoken agendas of others, Sun-Neptune might feel overwhelming. Being highly intuitive and empathic can be exhausting, especially if your inner/subconscious boundaries are not strong (Neptune tends to dissolve things like boundaries, hence the increase in psychic sensitivity).

If you’re in that boat, consider taking some time for yourself this weekend to meditate or simply gather yourself away from social overstimulation. The urge to escape will be stronger for everyone—including escaping into things like movies, daydreams, fantasy (sexual or otherwise) and artistic play. Neptune rules alcohol and drugs, too, and our culture happens to prize those forms of escape more highly than, say, meditation.

There’s a real potential to overdo mind-altering substances this weekend; notice whether you’re trying to numb yourself. There are other ways to handle feeling sensitive or ‘too open’ (such as a mini-retreat out in nature), but they’re not as socially popular as getting blitzed. It can take a little gumption to break from the crowd.

Finally, pay attention to your inner honesty meter. Neptune’s negative incarnations include delusion, denial and dishonesty. When the Sun, representing our consciousness, interacts with Neptune (especially via conjunction), sorting out illusions from logic gets challenging. We tend to be more impressionable and subject to both our own wishful thinking and self-delusion, and to that of others.

With Mercury still retrograde for another week, you’ll want to track your thoughts carefully. Notice when you stray from verifiable facts into the realm of wishes or fears. Let daydreams fuel your next screenplay or painting, not your obsessions.