A Proving Moment, Diplomacy and Honesty 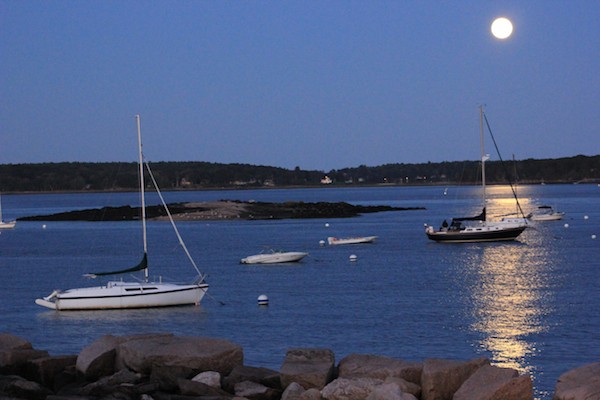 The Moon is approaching its opposition to the Sun, which is the Pisces Full Moon, on Monday, September 8. This is a magnificent Full Moon, and directly involves Chiron—the Moon will be conjunct Chiron and the Sun will be opposite Chiron.

Although Chiron is a well-established entity in astrology, we have what I call a proving moment: a moment when we may see some new properties of Chiron emerge. Existing properties of Chiron include a focusing power, as if through a lens, on any aspect of your life that’s trying to get your attention for the purpose of being healed, cleared or brought into alignment.

That is, Chiron is an agent of awareness, and therefore a metaphor for change—along with all the conflicting emotions that go along with that for most people. Situated as it is Monday, there’s a strong likelihood for “the other person” in an interpersonal relationship to embody Chiron’s role. Remember that the Moon is simply reflecting the light of the Sun; what you’re encountering is a reflection of yourself. That one morsel of awareness could go a long way.

Juno in Cancer is harmonized with the Full Moon aspect pattern, suggesting that getting your ‘withholds’ out of the way early will be fruitful.

Withholds are things left unsaid in a relationship dialog, usually intentionally. An example is, you have a crush on someone at work, but don’t tell your partner because you think it will threaten him, even though you don’t plan to “act on it.” Or you resent your mother for how she tries to control you, but don’t say so.

Withholds are a kind of lie, not an overt statement of falsehood but rather a lie of omission. The excuse usually is, “Well, I’m not going to tell him/her everything.”

They matter when they have an emotional charge, a judgment or fear of one, when it’s a policy, or when one makes a decision not to say something based on a presumption of how someone will respond—that they would be hurt, for example. After a while they start to add up and become totally smothering. Brad Blanton covers this in his book Radical Honesty, as does William Pennell Rock in Jealousy and the Abyss; to wit, Rock writes:

“Here is a simple test to see where you are in this matter of relating. Write down all the things you have not shared with your partner. Contemplate this list, and there you will see the limits you place on the relationship, the degree of your commitment to the way of the lover.”

On a related note, Mercury entered Libra Tuesday at 1:38 am EDT, the ultimate image of a diplomatic approach to a question or issue. Mercury will be retracing the steps where Mars tacked back and forth between December 2013 and July 2014.

This suggests a new perspective on many of the seeming conflicts that emerged during the Mars retrograde, and presents an opportunity to gain some clarity on what may have transpired during those months. It’s possible, even likely, that there remain some lingering issues from those days, and as Mercury makes its way across Libra between now and September 27, you will get access to them in a way that has not been possible so far.

Mercury calls for clarity of mind, and of words. For clarity (and simplicity) it’s best to stick to what is true—there is such a thing. Mercury in Libra calls for a balanced point of view, taking many factors into account. You will need to choose your words carefully, and approach the questions of your life consciously, weighing the various sides of any issue—especially when you reach a point of urgency or what seems like a communication crisis.

As Mercury approaches the eminent asteroid Pallas Athene on September 11, you may decide that the thing to do is to wiggle, please, and white-lie your way to a convenient place. You can get caught in people pleasing (especially with men) or competition (especially with women). However, given the whole setup, this strategy is unlikely to work for long.

One bit of good news—these aspects will make truth-telling not only more compelling but also, in some cases, inevitable. Because Juno is in the picture, truth-telling to one’s significant other, so necessary and so often avoided, is essential to the cosmic plan.