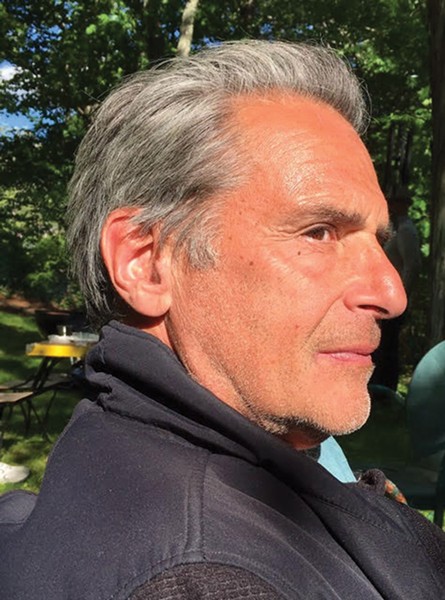 In June 1982, a Chrysler supervisor and his son, who had been laid off at a Michigan auto plant, killed a Chinese American man, thinking he was Japanese.

Back in the 1970s and 1980s, we feared Japan, Inc. That country's companies, backed by government planning and assistance, and in cooperation with their banks, had targeted a set of industries, committed themselves to developing them, and was beating American companies. More often than not, their victories came where American inventions had led the way.

The response, in America, was not to look and learn. It was to complain that the Japanese were using unfair trade practices. No doubt they were. On the other hand, no US auto company was making cars as good as theirs. US labor costs were burdened by health care benefits, but US auto companies did not lobby for a national health system like the Japanese to get out from under that. Things didn't get any better. In 1995, the Clinton administration announced 100-percent tariffs on 13 Japanese luxury cars. They did not go into effect, because Japan's auto companies leapt over their own government and went into direct negotiations.

Here we are again. Now it's China!

The fact is that every country that has achieved a successful modern economy has done so with a combination of protectionism and government support of targeted industries. That includes those verbal champions of free trade, Britain and the United States, as well as France, Germany, Japan, South Korea, and Brazil.

One of China's targeted industries is solar power. Their companies now account for around 60 percent of total annual solar cell manufacturing. Seven of the top 10 solar panel manufacturers are in China. It's a good choice. Solar power is one of the fastest growing industries in the world. The estimated value of solar power in 2015 was $86 billion. It's projected to hit $422 billion by 2022. There's no reason to expect it to stop there. With climate change, air and water pollution, the world will become more insistent on counting the external costs of using fossil fuels. There's every reason to expect solar to continue to grow.

Most solar power systems are based on the silicon photovoltaic cell. They were first created at Bell Labs in 1954. They were improved enough to be used in satellites by Hoffman Electronics in Los Angeles. They are measured by how efficiently they convert sunlight to electricity. The most efficient ones in the world came out last year, developed by the US Department of Energy and Spectrolab, a subsidiary of Boeing.

If America invents things, why do other countries end up with the businesses?

China has deliberate, conscious, industrial development policies. They are modeled on what South Korea did. South Korea modeled themselves on Japan.

Mitt Romney loved to say, "Government should not pick winners and losers!" Paul Ryan says it, too. Packs of Republican senators say it all together. It's a gospel song at right-wing think tanks. When one of the solar companies that the Obama administration backed, Solyndra, went bankrupt, the Republicans beat at him with it the way they beat at Hillary with Benghazi.

They don't mean it.

Tax policies created the piles of investor money that made Mitt Romney's Bain Capital happen. Then they let Mitt pay a lower percentage in taxes than an ordinary working person. When the Crash of 2008 came, the US Treasury committed hundreds of billions to saving the big banks and financial companies. The Federal Reserve put trillions of dollars into the same hands. They did save GM and Chrysler, but they did not make that money available to the industrial sector generally, to small and medium-sized businesses, to developing the technologies of the future, or to the homeowners who were suddenly in trouble.

The US government gives immense support to defense companies. Many of those companies invest heavily in research and development with our government's money. It's created much of America's technological edge. Many of those companies actually make things—often employing people at decent wages—and many of them, like Boeing, have one wing on the military side and the other on the civilian side, and they're among our most successful sectors. In the name of defense, the US has subsidized oil companies, shaped foreign policy, and engaged in war.

In 2012, the New York Times published an interactive feature "$100 Million Club," naming 48 companies that have received at least that much from the states, separately from the federal government. The list includes GM, Ford, Shell Oil, Caterpillar, BMW, Mercedes Benz, Microsoft, Airbus, Panasonic, Amazon, Google, Michelin, Sears, and Dow. Towns and counties also give out deals.

When Jimmy Carter came into office, there was an oil crisis. He asked for $100 billion to invest in solar research. He installed solar panels in the White House.

He lost to Ronald Reagan. Reagan removed the solar panels. He returned policy to whomever had the most financial clout to buy it. There it has remained, for the most part, ever since.