Phoenicia Festival of the Voice 2018: A Review

When I moved to Phoenicia in 1998, I never expected that I would receive, in this minuscule Catskills hamlet, extensive training in the subtleties of opera. But the social experiment called The Phoenicia Festival of the Voice began in 2009, employing legions of local volunteers (including me), and exposing us to the great operatic works, one each year.

This summer’s offering, Carmen, is the opera most reminiscent of American pop music. Carmen – the title character – was undoubtedly the Nicki Manaj of her day. (Though I hope Nicki has a happier fate.) Bizet came up with brain-melting melodies – at least one of which – the world-famous "Habanera" – he stole, according to the introductory talk by conductor Michael Fennelly. (Bizet, who'd never been to Spain, thought it was a folk song, but it was written by Sebastian Yradier, a Basque composer.) All my Phoenician friends left the show elated, carrying their portable chairs lightly into the night.

Each festival includes a theatrical work. This year’s was Bleecker Street, a profound, embattled, tragic, dreamy, grief-stricken play written by a 23-year-old named Eric Grant. Nowadays, prodigies in theatre are rare, but Eric writes about a reality he knows: a non-heterosexual teenager in a world where Queer Eye is a hit TV show, marriage between two males is legal, yet gay kids are still teased, jeered, bullied – many to the point of suicide. And where a gunman can walk into a gay nightclub and murder scores of dancers, which is the subject of Bleecker Street. 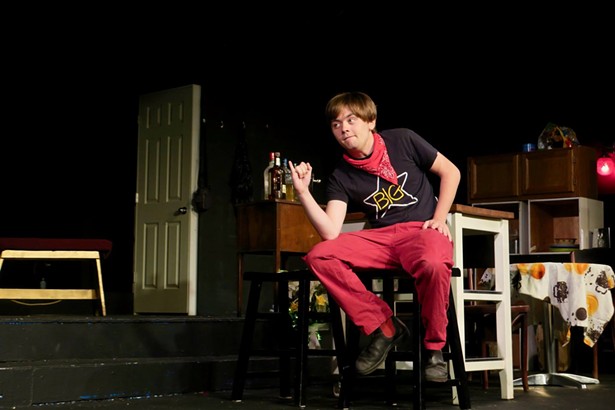 Scott and Shelley are the parents of a teenager who’s inside a dance club attacked by an unknown shooter. For long minutes of this one-act, the parents don’t know if their son Steve is alive or murdered. Steve's best friend Zach appears, to share their grueling vigil. Meanwhile, Steve comes back to life in a series of bantering flashbacks with Zach.

Classic rock plays a large role in this friendship. "I can see us 40 years from now, sitting on a park bench, like old friends," Steve says to Zach, quoting the Simon & Garfunkel song, "Old Friends." (That's one of the moments where I wept.) The play's title comes from a rather obscure song by the same duo, on Wednesday Morning, 3 AM:


The acting was uniformly compelling, which means the director, Philip Mansfield, found the gravitational center of the play.

Phoenicia International Festival of the Voice Returns to Parish Field