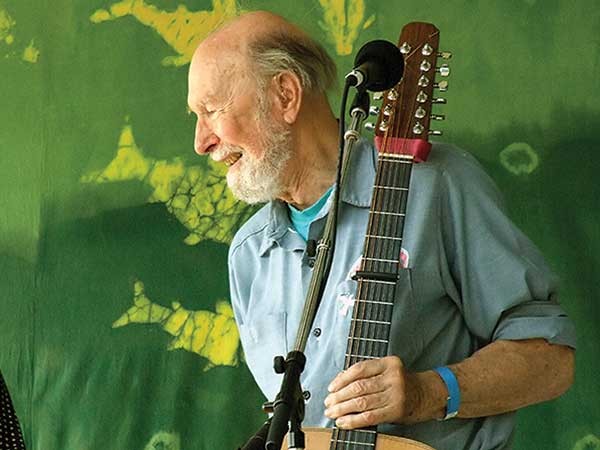 In 1963, Pete Seeger helped organize the landmark Carnegie Hall concert the year of Martin Luther King’s March on Washington, during which the Civil Rights anthem “We Shall Overcome” was premiered. Fifty years later, the folk legend, 93, returns to the stage on Martin Luther King Jr.’s birthday weekend. On January 19, he joins Jim Scott, an acoustic guitarist, singer, and composer who helped organize the concert, and the Walkabout Clearwater Chorus at the Unitarian Universalist Congregation at Rock Tavern. Seeger created the chorus 25 years ago to spread the environmental message of Clearwater, the organization that he co-founded to raise awareness about pollution in the Hudson River. The annual Clearwater Festival grew out of early fundraising concerts for this organization.