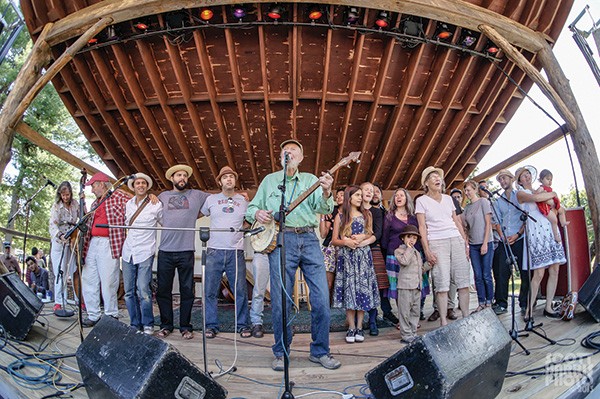 We all knew the day would come. We dreaded the thought of it, and braced ourselves as best we could, even though we knew it would be difficult. And so it came: January 27, 2014, the day Pete Seeger left us. It's so hard to fathom that he's really gone. Human mortality aside, it always seemed our beloved folk music patriarch and benevolent pillar of social and environmental justice would be right here, on the planet he so loved and worked to improve, with us, its people, who he loved just as much and fought just as selflessly for.

Of course, Pete will never really leave us. Because whenever we see an individual—or, indeed, a union of individuals—fighting for equality and basic human rights, whenever we hear someone raising his or her voice in song on their behalf, and whenever we find ourselves moved by and valuing our beautiful Hudson River and the Earth through which it flows, we'll also be looking at the indelible image of Pete Seeger himself. And we'll be hearing his voice as well. During the course of my twin careers in the fields of journalism and music I've encountered numerous figures of note—some who seemed bigger than life, some who seemed nonchalant and down to earth. When I interviewed Pete for Chronogram in 2010, he was somehow both. "A sower of seeds," he called himself when talking about his role among us, adding that "some seeds fall on stones and don't even sprout, but some seeds fall on fallow ground and multiply a hundredfold." It's up to us to water those seeds and nurture their fruits. Thanks, Pete, for showing us how.

Here are some thoughts on Pete Seeger, his passing, and his legacy from some of our Hudson Valley friends who knew, worked with, and continue to be inspired by him.