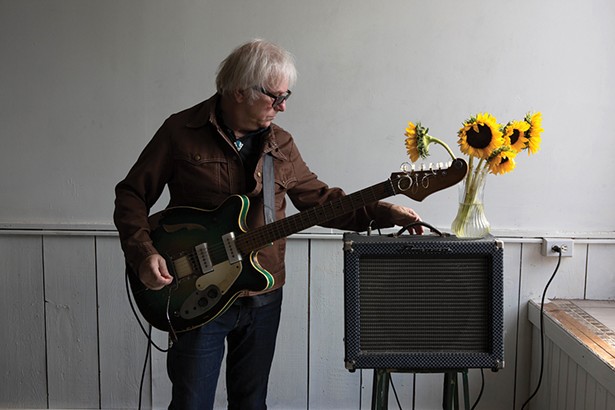 Like everyone, I've watched in horror as the COVID-19 death toll has mounted. And like far too many others, I've also seen the avalanche of its economic aftereffects tumble and tumble until it finally reached my door. But as your arts editor, my particular cocktail of coronavirus concern also contains an added layer of anxiety, one that's intertwined with my job and my life as a creative type: I worry about the plight of artists, especially Hudson Valley artists. After the initial alarm about the safety of my family, friends, and myself had cooled down some, my first thought was "I want to help the artists." This is the community that I love, reside in, and have served for nearly 15 years with Chronogram (and for three years before that, as the music columnist of the Daily Freeman). I can't help but take the predicament of its arts scene personally.

Being a writer is, by its nature, a solitary game. Like others who do this stuff, I'm used to being cooped up for long stretches of time, sitting here in front of my sad little computer as I try to make decent shit come out of my head. Those working in other mediums, however, have suddenly found themselves thrust into a tough spot—as if most artists don't have it tough enough to begin with. Any stage performer will tell you how getting people out for live events has turned increasingly difficult in the age of YouTube and Netflix. During the current social distancing directive, more and more artists have been taking their art online as we all weather the storm, connecting with audiences virtually via "from isolation" performances and showings, which is comforting and inspiring. As bleak and insane as things are now, we'll get through this together. My hope, though, is that once we do, collectively we have a wider appreciation for artists and what it is they do; a realization that reminds us of the connection that comes only with experiencing creativity in the physical realm. That more people will have learned not to take artists for granted. Because we really, really need them. Perhaps even more now than we did before. And right here I also want to give a massive thanks to medical staff and essential workers everywhere.

To get an idea of how Hudson Valley arts scene figures and facilities are coping with the crisis, I checked in with a few of them. Here's some of what they told me.

Like Shadowland Stage's Brendan Burke, Wreckless Eric was himself stricken with the coronavirus. "I haven't actually been very well in the past three or four weeks—chest and rib pains, cough, low-level fever, intermittent headaches—I was pretty sure it must be the virus though I was told the only way I could get confirmation of this was by presenting myself at the emergency room, death's door, sick to the point of dying, ready to be hospitalized," the British-born punk/new wave icon writes in an April 19 post on his blog, Ericland. He and his wife, fellow singer-songwriter Amy Rigby, both over 60, managed to get an appointment to be tested via drive-through clinic on the Albany University campus. "As we left, we were both moved to tears at the great job all these people are doing," says the rocker, who was diagnosed as positive shortly after the visit and is recuperating at the couple's Catskill home. (Rigby has tested negative.) "I don't want to clap and bang saucepan lids for healthcare workers, I want to see them properly rewarded for the work they do. It should be clear enough right now that tripling the defense budget at the expense of decent healthcare for everyone was not the smartest course of action."

"We're all becoming Zoom experts now," says Stella Abrera, the artistic director of Tivoli's Kaatsbaan Cultural Park for Dance retreat, which on April 6 took the step of suspending its spring live programming. "It's challenging, trying to prepare the future and not knowing what that means." Conceived in 1990, Kaatsbaan is a tranquil, 153-acre complex devoted to dance studies featuring three studios, a 160-seat black box theater with a massive performance floor, and dining and lodging facilities. Before signing on with Kaatsbaan in January, Abrera served for 24 years as the principal dancer of the American Ballet Theater. Although Kaatsbaan has postponed visits by esteemed national and international choreographers and dance companies and moved its spring classes to the fall, at this point there have been no staff layoffs. "Online, we're continuing our training with the students who were already enrolled in our annual intensive classes; we're keeping up with our social media; and we're looking toward a 'digital dance' residency program for some of the companies that were scheduled to visit," says Abrera, who's leading classes like the all-ages "Sundays with Stella" from the kitchen of the local cabin she shares with her husband, dancer and actor Sascha Radetsky. "It's really moving, helping kids learn to do pirouettes in their bedrooms and seeing how, despite all this, they're still so excited to be dancing." The center's website features a link to the Kaatsbaan COVID-19 Relief Fund. 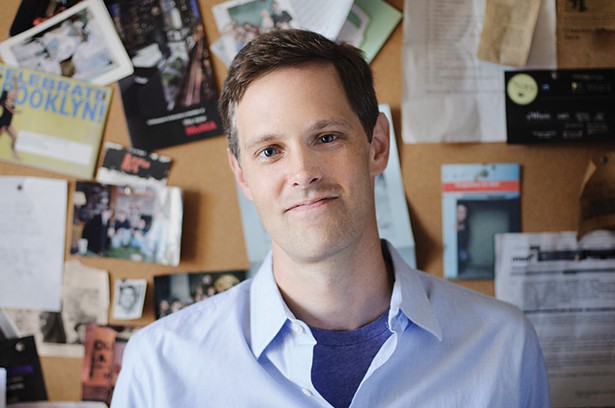 "In the theater world, uncertainty is like kryptonite," says the Hudson Valley Shakespeare Festival's artistic director, Davis McCallum. "It makes it very hard to plan anything. Especially at our theater, which is a rotating-repertory theater, meaning that several productions alternate performances every few days during our fall and spring season. Everything—the schedules of the actors, the sets, the budget—hinges on something else that it's connected to." Held outdoors under a massive open-air tent on the grounds of the historic Boscobel estate in Garrison since 1988 (and for a year before at designer Russel Wright's nearby home, Manitoga), the theater company has responded to the crisis by, like Kaatsbaan and other organizations, taking advantage of technology. "We've always relied a lot on the generosity of our members for support, and the membership events we do have been a big part of that," says McCallum, whose company had at the time of this writing just joined the ranks of groups that have had to cancel their 2020 seasons. "Besides staying connected to our members and audiences through email and social media, we're also planning to host a regular Tuesday afternoon luncheon and a Thursday evening cocktail party for members at the $100 donation level using Zoom." Despite the cancellation of its on-site performances, however, the Hudson Valley Shakespeare Festival's season may, in an outside way, still include performances. "We have a production of 'Much Ado About Nothing' that's scheduled for local schools, and we're hoping to be able to do that sometime in the fall," McCallum says. "We're all going to need the arts to help us recover and get through things when we reach the new normal, whatever that will be."

In a departure from the livestreaming culture that the pandemic has inspired among many performers, Woodstock musical figurehead Amy Helm is taking her art to her audiences in person—at a safe distance. Last month, she launched Amy Helm's Curbside Pickup Band, a project that allows house-bound local fans to book the singer and multi-instrumentalist and her accompanists for short live sets on their lawns or driveways. "I was out in front of my house one day and a lady I knew was driving by and she called out to say hi," recalls Helm. "She had all these flowers that she'd bought from a struggling local farm and she was delivering people's homes for free, just to cheer them up. The compassion of that just really struck me, and it made me wonder if maybe there was something similar that I could do. With my dad [the late Levon Helm], I used to play for Musicians on Call, an organization that sets up room-to-room performances for people in hospitals and nursing homes." Helm enlisted guitarist Connor Kennedy to help rope in other players and hung out her virtual shingle. Within days, she found herself booked out for weeks. The volunteer effort isn't designed to take the place of the regular income from the tours and local gigs Helm has suddenly found herself without, though. "There's a link to leave tips on the website, which we do really appreciate," says Helm, whose much-loved home venue, Levon Helm Studios, is, naturally, shuttered for the time being. "But besides just wanting to do something that makes people feel good, I really just wanted to have a reason to play. Musicians don't feel right if we're not playing, and it always feels better to be doing it for people." 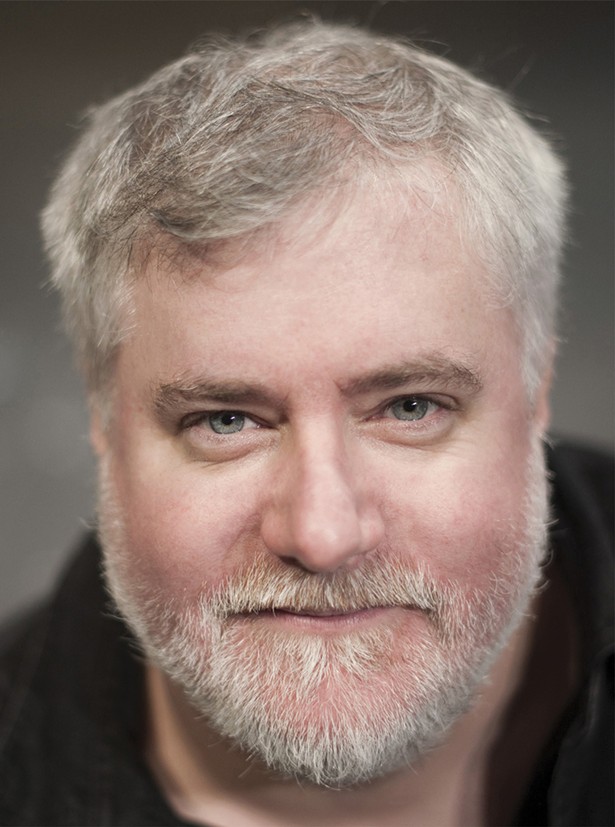 "I'm still weak but I'm doing much better," says Brendan Burke, the artistic director of Shadowland Stages in Ellenville, who is recovering from COVID-19 in his home in New Paltz. "I started feeling sick around March 14 or 15. After being hospitalized at [Poughkeepsie's] Vassar Brothers Medical Center for four or five days, I went home. But, four days later, I was feeling worse and I ended up back in the ICU, in a sealed room, for five days. Then I was in rehab at Ellenville Hospital for 10 days. I feel like I stepped out of a time capsule. I lost 30 pounds." Shadowland presents classic, contemporary, and new plays in a restored 1920s Art Deco theater and has been a leading economic magnet of the southern Ulster County town since opening in 1985. Just last year, the site hosted the East Coast premiere of Jeff Daniels's original drama "Flint." Unfortunately, the outbreak has forced Shadowland to cancel its 2020 spring/summer season. "It was a painful decision, but moving forward with it would have been too much of a health risk, as well as a financial risk," says the director, who adds that Shadowland has transitioned its beloved Shadowland Cinema classic film series from screenings to streamings and is continuing its popular acting classes for kids using Zoom. "I can't begin to describe my thankfulness for the heroism of the medical staff who helped me and are helping so many others now," Burke says, with palpable emotion. "When this is all over, even a ticker tape parade won't be enough to thank them for what they've done."