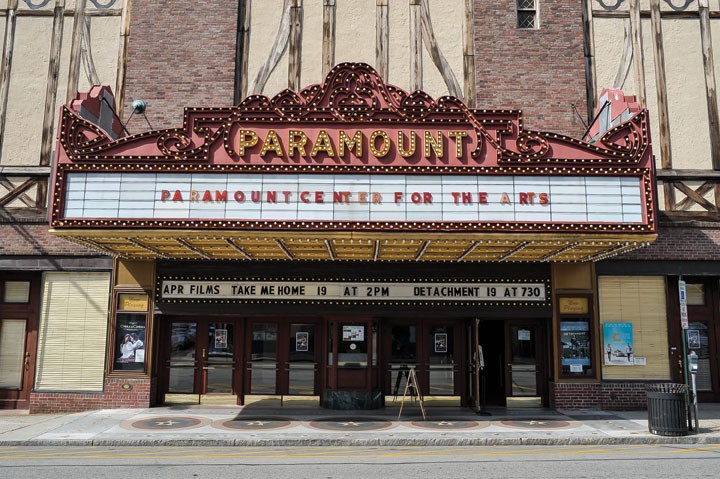 Northern Westchester County is blessed with visually stunning geography that has given rise to bucolic hamlets and villages nestled among swaths of green. Parks and farms sit alongside artist communities, iconic visions of small-town America, and historic sites from early American life as one drives Route 35 east from the Hudson River to the Connecticut border.

The largest city in Northern Westchester, which also serves as the cultural hub of the area, is Peekskill, which was first incorporated in 1816. But the history of Peekskill predates its incorporation by centuries. The Ryck’s Patent Deed of 1684 between the local Native Americans who lived in the area and some of the first Dutch settlers in the region actually gave Peekskill its unique name, as the area in question was referred to as Peeck’s Kil (kil means “stream” in Dutch), referring to Jan Peeck, the New Amsterdam resident who made the first recorded contact with the Native Americans in the early 1600s.

The location also found itself in the middle of the American Revolutionary War, with the Continental Army using Peekskill as its headquarters before moving to West Point, and was an important stop on the Underground Railroad helping bring escaped African-American slaves to freedom in the 1800s.
Today, Peekskill and Northern Westchester compose a calm world of natural beauty, artistic creativity, and friendly people living in a series of tightly knit communities. Visiting the area, it’s hard to believe you’re less than an hour away from New York City.

Any journey across Northern Westchester begins on the Peekskill riverfront, specifically at Riverfront Green Park. Sandwiched between the Hudson River and the Metro-North train tracks, this expanse of green is the perfect place for a family to relax on a warm spring or summer afternoon. Parents will enjoy the peaceful tranquility of the Hudson as their children play on the elaborate and imaginative playground. Riverfront Green also plays host to a number of concerts and children’s events throughout the summer as well as larger festivals such as the yearly Open Arts Festival and the annual Peekskill Celebration, which attracts upward of 30,000 people in August. Fully aware of the value of taking advantage of such pristine riverfront property, Peekskill is in the processes of opening Peekskill Landing, a four-acre park adjacent to Riverfront Green Park on the north, which would make this stretch of riverfront open space one of the largest along the Hudson.

Just on the other side of the tracks is the Peekskill Brewery, a popular brew pub that prides itself on its selection of craft beers and its reputation as a locavore hotspot. Another can’t-miss destination on the riverfront is Dylan’s Wine Cellar, which aside from a large and varied selection of wines, boasts a rather unique attraction just outside its back door. “We actually have the yellow brick road right behind our location, which supposedly was the inspiration for the yellow brick road from the Wizard of Oz,” says Dylan’s Wine Cellar owner Steven Zwick. “Frank L Baum, the author, went to the military academy for two years, which was right up the road.” Local legend says that when young Frank L. Baum got off the boat in Peekskill and asked how to get to the military academy, he was told to “follow the yellow brick road” that led directly from the riverfront to the academy. 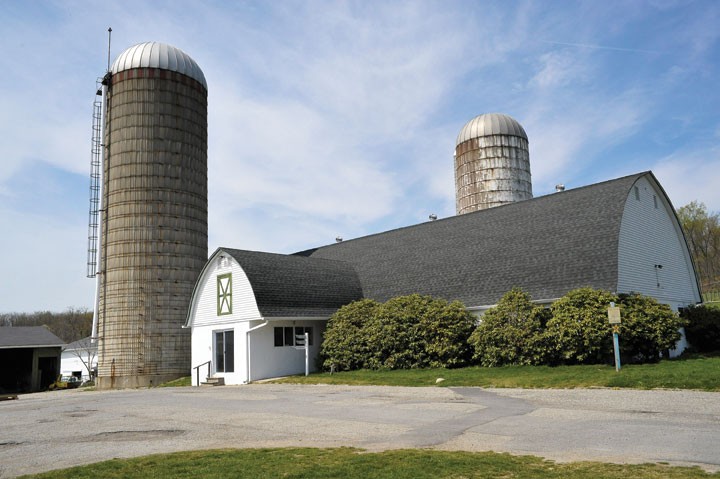 Take a walk up the hill from the riverfront along Central Avenue and you will find yourself in an amazingly diverse and compact downtown that serves as an area hub for entertainment, great food, art galleries, and culture. Within a couple of square blocks, centered on Division Street between Main and Brown, you’ll find great restaurants like Division Street Grill, The Quiet Man Irish Pub, 12 Grapes, Birdsall House, The Bean Runner Café, Ruben’s Mexican Café, and more. “It’s eclectic,” says Division Street Grill owner Arne Paglia. “There’s everything from fine dining to a gastro pub, cafés and coffee houses. There’s something for everyone down here.”

The town has been revitalized over the past decade, becoming an artists’ mecca with galleries sprouting up all over town, and especially up and down Division Street. The entertainment anchor of the town is the Paramount Center for the Arts, a historic movie house built in 1930 that today hosts top live acts from all over the country. Also, a number of local spots such as 12 Grapes and The Peekskill Coffee House feature live entertainment on multiple nights each week, all of which has helped make Peekskill an entertainment destination. “I’d come home [to Peekskill] from college and go to White Plains to go out,” says lifelong Peekskill resident Lauren Brady. “Now I don’t go anywhere but here. I have friends who come here now instead of going to other cities.”

A Walk in the Parks

Drive seven and a half miles south from Peekskill along Route 9 and you come to the village of Croton-on-Hudson. This culturally close-knit community is spread out geographically, with two main commercial regions: The Upper Village on Maple and Grand Streets and The Harmon District down by the train station. Popular spots include The Black Cow Coffee Company, The Green Growler (a craft beer grocery that supports “local breweries, home brews, and the craft beer revolution in Westchester and the Lower Hudson Valley), and The Blue Pig Ice Cream Factory, which uses locally-sourced milk and makes all their ice cream from scratch on the premises. Anyone hunting for a great meal will want to check out Umami Café, a fusion restaurant that has won multiple Best of Westchester awards (twice for Best Mac and Cheese), or the Ocean House, which has become a destination restaurant for seafood lovers in the area.

Outside of the main commercial districts lies Croton’s true claim to fame. “Croton is known for its parks,” says Lisa Moir, owner of The Blue Pig. “The park system in our town is great.” The Village maintains a number of beautiful, natural parks and open spaces, including Silver Lake, Senasqua Park, Black Rock Park, and Croton Landing which was voted to have the best view in all of Westchester last year by Westchester magazine. There’s also the Croton Arboretum, which is 20 acres of protected wetlands.

Just past the train station and jutting out into the river is the Westchester County-run Croton Point Park, a 508-acre park that also houses the Croton Point Nature Center and is home to what is believed to be the oldest wine cellars in New York State. A few twisting miles inland from Croton-on-Hudson is the 875-acre Teatown Lake Reservation. Teatown boasts a Nature Center, 15 miles of hiking trails, and the unique Wildflower Island—a sanctuary to over 230 endangered species of wildflowers.

Perhaps the most unique attraction in Croton-on-Hudson is Van Cortlandt Manor, part of Historic Hudson Valley. Eighteenth-century America comes alive as costumed guides lead tours through the estate and grounds and let you try your hand at blacksmithing, weaving, and other crafts from the time of the American Revolution. 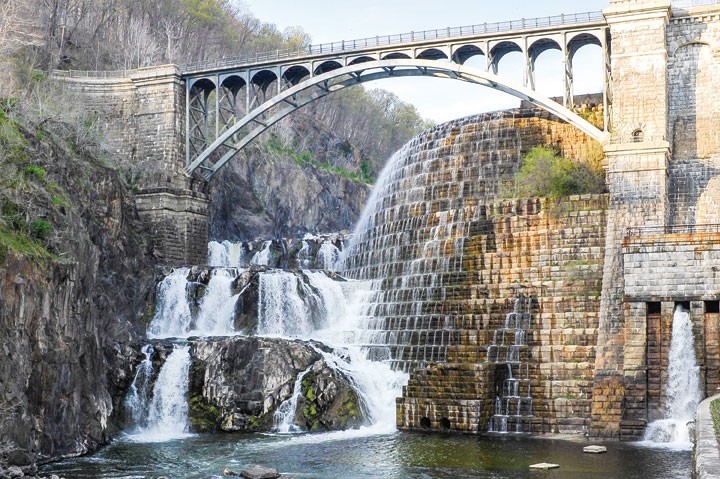 Heading east on Route 35 from Peekskill will bring you to the historic town of Yorktown. This area saw a lot of action during America’s struggle for independence, and you can visit Revolutionary War sites such as the Davenport House (which served as an American Army outpost), the site of French General Rochambeau’s headquarters and encampment, Pines Bridge (a pivotal crossing controlled by American forces during the war), and more. A complete map of Revolutionary War-era sites is available at the Yorktown Museum on Commerce Street.

Once you’ve had your fill of history, Yorktown offers a number of great places for you to fill your stomach, from the regional American cuisine of Peter Pratt’s Inn to the Italian fusion of The Piatto Grill to contemporary American at Thyme and to local favorites Somers 202 and Murphy’s.

Yorktown is also home to a large number of parks, farms, preserves, and trailways. The largest is Franklin D. Roosevelt, State Park right off Route 35, but equally worthwhile are Sylvan Glen Park Preserve, Turkey Mountain Nature Preserve, Kitchawan Preserve, and Hilltop Hanover Farm & Environmental Center. On your way out of Yorktown, you can swing down and visit Muscoot Farm, an educational farm originally built in 1880 where you can hike through its 777 acres, visit the animals (including newborns), take a hayride around the property, or just visit the original farm structures, many still in use today. 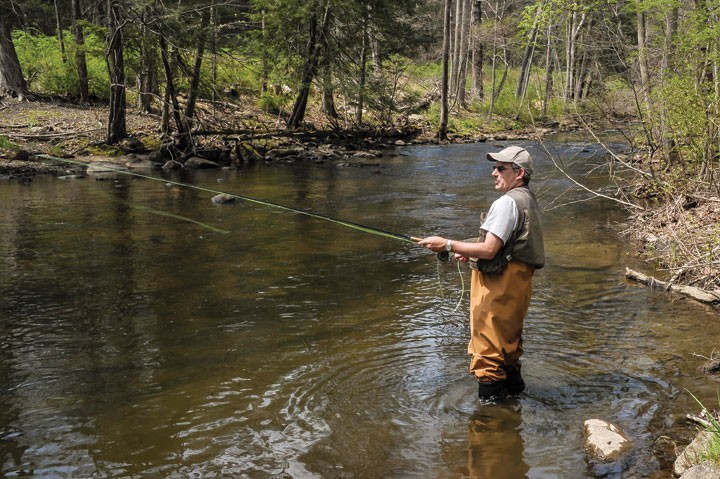 Continue traveling east on Route 35 and just before you hit Interstate 684 you will come to the hamlet of Katonah, part of the City of Bedford. Park your car on Katonah Avenue in downtown Katonah and you will feel as though you have stepped onto a movie set featuring Main Street USA. Running all of three blocks, this is a jewel of small-town shopping, with family-owned stores such as specialty food store Wm. Nicholas & Co., Weinstein Pharmacy, The Eclectic Collector, and Charles Department Store, which has been the anchor of the Katonah commercial district since 1939. “Katonah has everything you need in the town itself,” says resident Rae Ballard. “It’s not like living in a suburb where you have to drive for what you want to get.”

If you’re hungry, you can satisfy just about any culinary urge within a few short blocks. “We have some nice eateries here, we’re very fortunate,” says David Raneri, vice-president and third-generation owner of Charles Department Store. “Each has their own little niche.” Standouts include Willie Nick’s Restaurant & Bar, a popular American Bistro; NoKa Joe’s, specializing in fair trade and organic coffee along with baked goods and soups; and The Blue Dolphin, which is reputed to have the best pasta in the area.

A few blocks south of downtown is the Katonah Art Center, which offers a wide range of walk-in classes in visual arts, digital arts, music, and more on the weekends. On the other side of the parkway on Route 22 lies the Katonah Museum of Art, an eclectic museum featuring provocative, ever-changing exhibits and a terrific focus on introducing art to children. Travel south from the museum on Route 22 and you will find the John Jay Homestead State Historic Site, while the Caramoor Center for Music & the Arts is just a bit further.