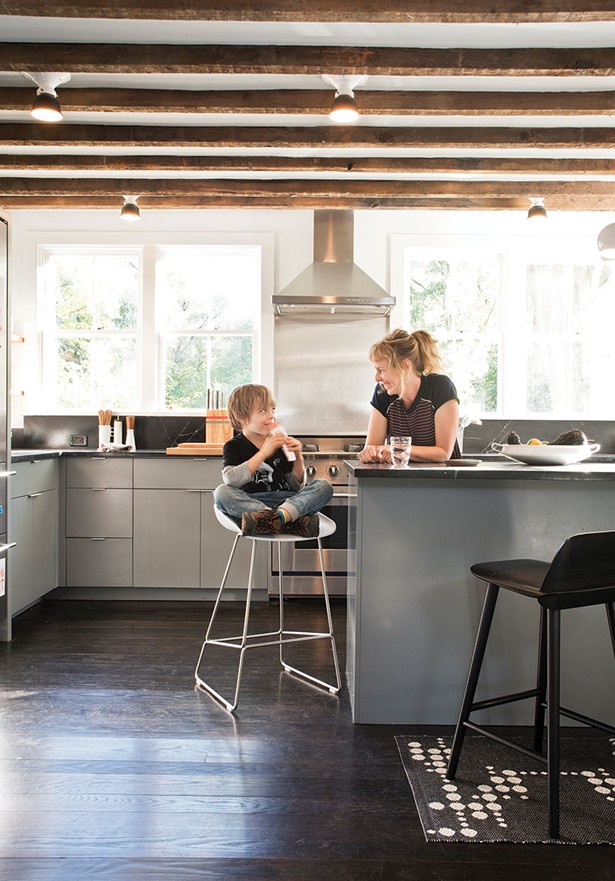 From the beginning, life for artist Dunja Von Stoddard has always been a tactile experience. The daughter of a painter and a photographer, Von Stoddard—whose first name is pronounced "Doon-ya"—grew up on a farmstead in rural Vermont surrounded by cornfields and woods. Life on the farm was decidedly "by hand," according to Von Stoddard. Her city-bred parents had moved to their small hamlet hoping to reclaim a simpler way of life, and Von Stoddard grew up with chickens, cows, pigs, and donkeys, helping to grow vegetables in the spring and can them in the fall. Some of Von Stoddard's earliest memories are of having her hands in clay or mud, or on a paintbrush or pencils recreating images from farm life.

The 19th-century farmhouse she shares with her young son was created with a similarly careful touch and eye for detail. Now the base for her 21st-century business, the home's restoration followed the same creative process that has repeated itself throughout her life, work, and art: See something, break it down, and then paste it back together in a fresh way.

Von Stoddard's career as a designer is the perfect blend of her parents' distinctive art practices, cut up and reimagined through her own lens and then pasted back together in a totally modern aesthetic. By the age of two, Von Stoddard was painting alongside her mother in their barn-turned-studio, already attempting to capture and recreate the elemental bits and pieces of the world around her. Even then, Von Stoddard had an eye for pattern, and as she got older the re-creation of imagery that photography enabled began to fascinate her as much as painting. (Her father's darkroom was located in another converted barn on the property.) While the means of expression remained fluid, the idea of creating art was always a given. "Since both my parents were artists and their friends were artists, I don't think I knew there was anything else to do," Von Stoddard says. 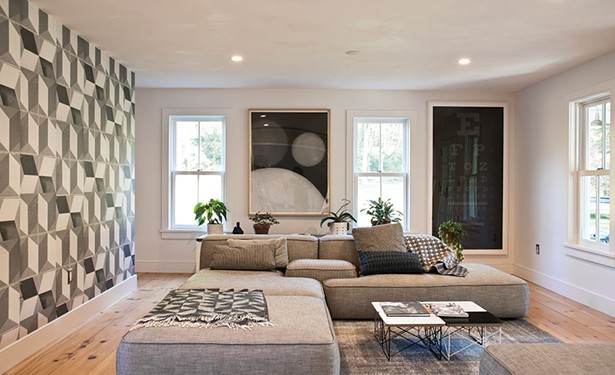 During high school, Von Stoddard discovered screen printing and immediately fell in love with the process. "It was the perfect combination of painting and photography for me, of both the tactile and the multiple image." She began using it as a way to experiment with collage, taking the prints she made and cutting them up, then painting or printing over the pieces again. At the School of the Museum of Fine Art at Tufts in Boston, Von Stoddard began cutting up negatives, re-taping them together, and then painting over the final prints. "I could just never leave an image alone," she says. This pattern continued through grad school, where she took full advantage of Bard College's multidisciplinary program to study both painting and photography. However, Bard's serious atmosphere soon pushed her to choose. "There wasn't a lot of room for being lost," Von Stoddard explains of her grad school experience. On the advice of a mentor, she separated the two creative disciplines and focused exclusively on mastering photography. After graduation, she lived briefly in New York, and then up to Portland, Maine, where she spent the next five years.

In 2011, the birth of her son precipitated a turning point in both her life and creative work. Photography's trend toward the digital had shut her down creatively, and, although she'd set up a screen printing press in her garage, she hadn't found a way to bring all the disparate pieces of her creative practice together again. The exhaustion of being a new mother coupled with the remnants of an academic mindset threw her work/life pattern into disarray. She was stuck. "I was so inundated with theory and concept and I felt so much pressure from having to explain what I was doing. I'd gotten way off track, just following, following, following—I didn't know who I was anymore. And everything I was painting was bright hot pink."

Down to the Studs

Von Stoddard needed to return to her roots. A country girl at heart, she decided relocation to a more bucolic setting was in order. Her native Vermont was too remote, but Rhinecliff, with its rolling hills, access to the Amtrak line, and thriving creative community was ideal. Sitting on five acres of fields, the farmhouse in need of restoration caught her eye. Layers of additions and changes had been imposed on the home's original 1880 design. Just as with her creative work and her life, the house had to be reduced to its bare bones and then completely rebuilt. It needed to be stripped down, cut up, painted over, and then pasted back together. To Von Stoddard, this felt exactly right. Even though the property had no studio space, she bought it in 2013. The home's renovation, and the raising of her son, became her major creative outlet for the next three years.