Born at the end of the 19th century in present-day Hungary, Martin Munkacsi (1896-1963) spent the early part of his career in Berlin shooting sports and street scenes, pioneering the art of action photography. After the Nazis’ ascendance to power in 1934, Munkacsi moved to the United States, where he proceeded to revolutionize fashion photography while working for Harper’s Bazaar, often shooting outside the studio, an innovation at the time. Munkacsi also produced one of the first articles illustrated with nude photographs in a mass-market US magazine. Noted portraitist and fashion photographer Richard Avedon said of Munkacsi, “He brought a taste for happiness and honesty and a love of women to what was, before him, a joyless, loveless, lying art. Today the world of what is called fashion is peopled with Munkácsi’s babies.”


“Ode to Munkacsi,” a show of two dozen prints by the photographer, features images across the spectrum of his interests, from fashion to sports to portraiture (the exhibition includes a stunning double portrait of Frida Kahlo and Diego Rivera). The show represents the continuing resurgence of interest in Munkacsi’s work, long championed by his daughter Joan Munkacsi, a Woodstock resident until her death earlier this year.
“Ode to Munkacsi” will be exhibited at the Center for Photography in Woodstock through December 20. (845) 679-9957; wwwcpw.org. 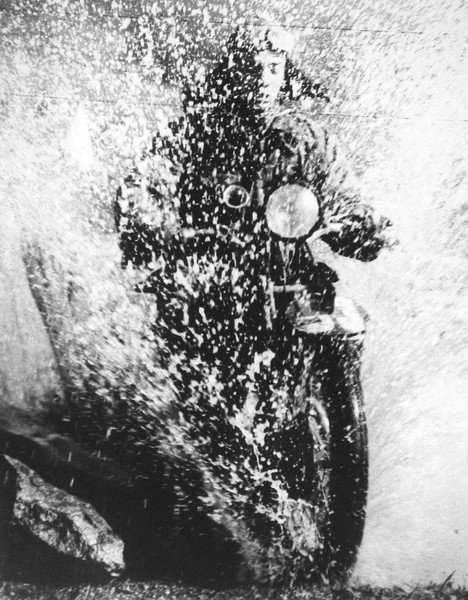