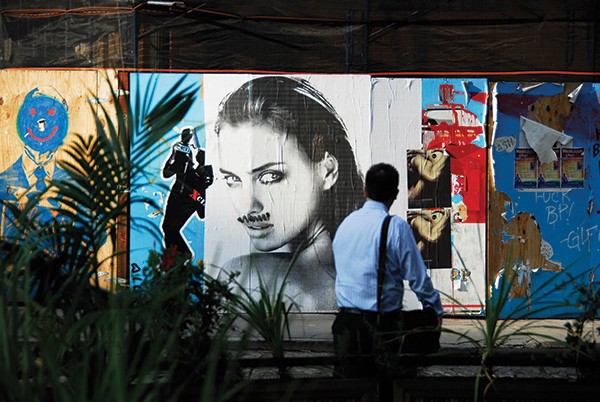 Roy Gumpel is a workingman's photographer. For four decades he's documented the world through his lens, both as a vocation and an avocation. He's done fashion shoots in China, shot stills for movie projects, photographed subjects for advertisements and Hallmark cards, and been on assignment for magazines both national and Hudson Valley based. (Gumpel's work were first featured in Chronogram in 1998 and his images have twice appeared on the cover. His photographs of Field Goods in Athens, for our article about farm delivery services, appear on page 68 of this issue.) Gumpel also served as the host for a National Geographic Explorer TV documentary on Route 66 in 2008 based on his photographs of that iconic highway.

This month, Gumpel and Patti Knoblauch are opening a gallery in uptown Kingston."How to Work the Machine," recent photographs by Roy Gumpel, will be on display December 8 through January 19 at the Ruby Gallery, 275 Fair Street, #31. An opening reception will be held on Sunday, December 8, from 1 to 4 pm. The gallery is open by appointment only. (845) 544-5373.

Presented with The Babe Cave Vintage