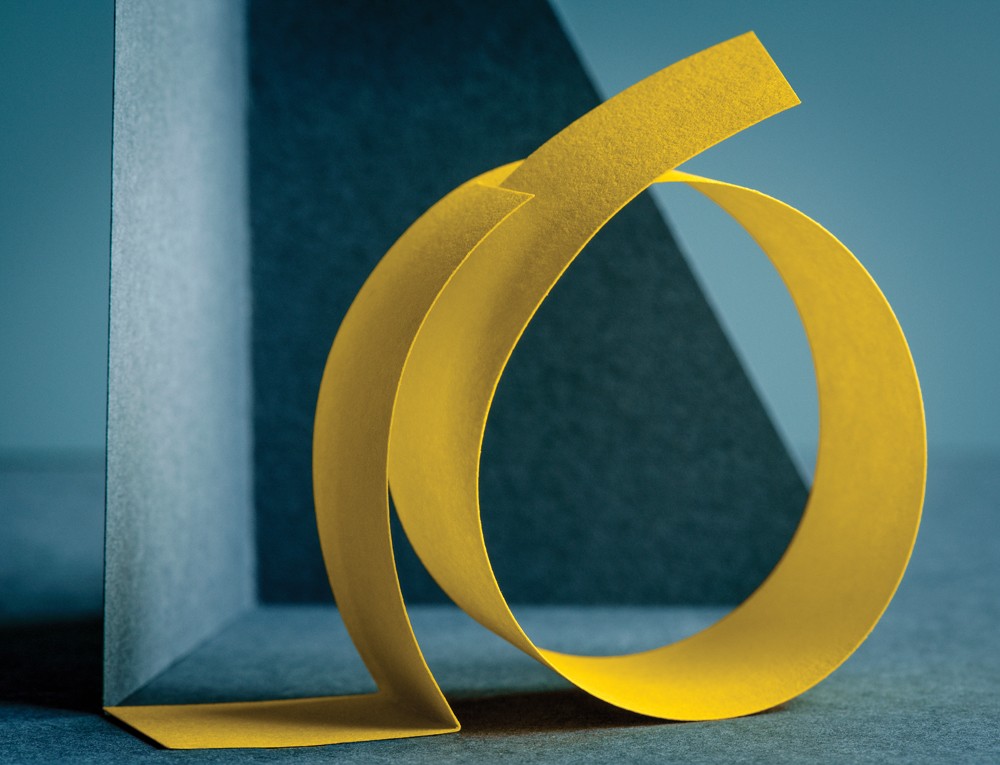 Hopewell Junction-based photographer Ion Zupcu's latest body of work draws on his earlier photographs of paper sculptures, though for his Etudes on Glass, Zupcu has moved into a colorful mode, leaving his black-and-white paper portraits behind. The primary colors, graceful curves, and crisp creases of the sculptures belie the work's formal complexity. Their minimalist rigor brings to mind the repetitive phrases and shifting textures of composer Philip Glass, whose music was a primary influence on this body of work.

"My longtime obsession with the music of Philip Glass inspired me to imagine his music in visual form," says Zupcu. Determining the appropriate color directions to mirror the sounds of [Glass's] Etudes, or how to construct visual analogues to his satisfying note strikes/attacks, was as engaging a process as listening to the music itself. Each photograph in Etudes on Glass started with a line drawing; then I considered the relationships between lines, space, forms, light, color, proportions, and the structures of the foreground and background. The resulting paper sculptures were constructed as still lifes in my studio and photographed utilizing a traditional setup—camera, tripod, and natural light."

Zupcu recommends viewing his photographs while listening to Philip Glass's Etudes in the background. "Etudes on Glass" is being exhibited through February 20 at ClampArt in Manhattan.