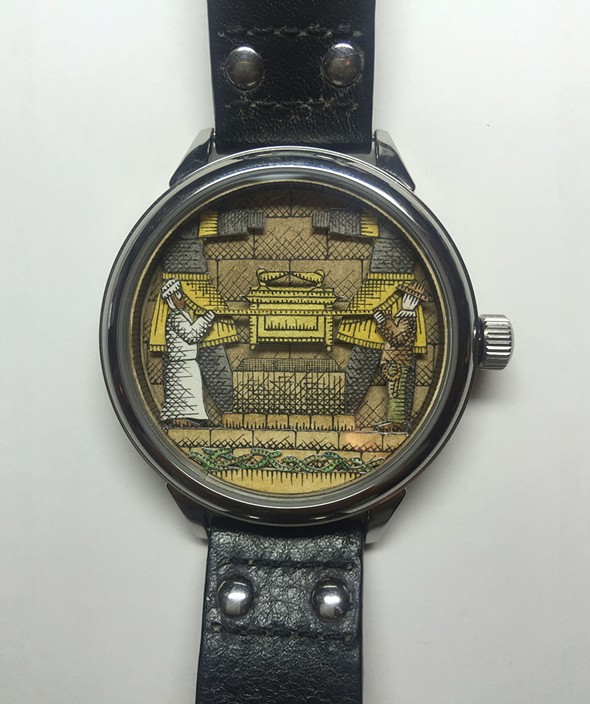 Kingston-based multimedia artist Matthew Pleva seeks inspiration from everything around him. Whether it's a vintage 1960s Midol tin to make a diorama in, or an 18th-century historic Kingston building to sketch, his brain is always planning the template for his next work. "I've already done all the heavy-lifting mentally and then it's just process—and I can go from one to one to one; each little element and I can just knock them down."

Pleva developed his distinct style from creating two-dimensional sketches of GI Joe and Star Wars characters as a kid. The vivid cross-hatching in his illustrations stems from his early fascination with the Edward Gorey intro in the television show "Mystery!" In high school, comic book illustrators like Bernie Wrightson and Frank Miller largely inspired him to continue with cross-hatching and shading. Now, drawing to him is similar to painting by numbers—completing each piece section by section with his own self-imposed rules and never, ever going back.

Although his work is often described as detailed, Pleva does not see it as that. "Details to me are all the hairs on a dog; or all the individuals strains of fur or the veins in a hand. I see the appreciation more in the time. There's a lot of time involved in the style, in the overall effect. I see my style as meditation," Pleva says. He likens his process to doing the dishes—a task that he enjoys and views as needing completion.

Matthew Pleva's work can be seen in his studio at 40 John Street in Uptown Kingston on Saturdays from 12-4pm, and by appointment.

Drawing Outside the Lines

On the Cover: Margie Greve