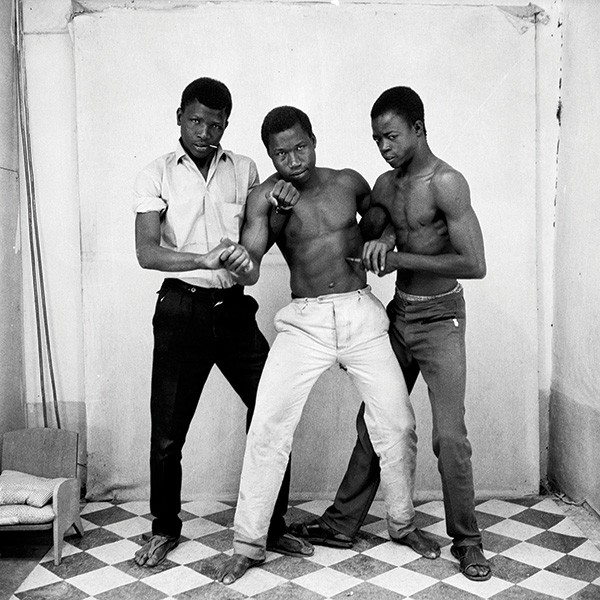 In the wake of Mali's independence from France in 1960, a cultural shift found the country's youth in a phase of social liberation. Dropping their chains of oppression, the country's citizens began adopting American and European trends of culture and music. Malick Sidibé rose from local celebrity to international renown by documenting this postcolonial transition through his 35mm camera. Beginning January 24, Vassar will be hosting "Malick Sidibé: Chemises," an exhibition of over 100 photographs in Sidibé's expansive archives.

Sidibé quickly became a household name in Mali, especially in its cosmopolitan capital Bamako, as he traveled between events—from parties to baptisms—shooting posed and candid photographs of each event's guests. (It's easy to see Sidibé's work as a precursor to Bill Cunningham's society and street photography at the New York Times.)

The exhibition's title "Chemises" derives from the colloquial term Sidibé used for his photographic contact sheets. "He would paste the contact sheets on the inside of a colored folder," said Mary Kay Lombino*, curator of photography and contemporary art at Vassar College. "He would come by and bring his contact sheets to people and they would choose which [photographs] they wanted to buy."

Aside from securing this vital fixture in African history, Sidibé's portraiture marks an authentic method of photosharing, a process integral to today's Web-based society. As Sidibé's reputation grew, his subjects would travel to his home sporting their best garb and their dearest possessions. "That is common even still today," said Lombino, not forgetting to notice the one difference: "They don't go to a professional studio anymore. They take selfies."

"Malick Sidibé: Chemises" opens on January 24 at Vassar College's Frances Lehman Loeb Art Center and will continue through March 30. On January 24 at 5:30 pm, Michelle Lamunière will deliver a talk, "'You Look Beautiful Like That': Photography and Self-Definition in the Portraits of Seydou Keita and Malick Sidibé." The exhibition will also feature works from Seydou Keïta, a predecessor of Sidibé, and James Van Der Zee, a Harlem portrait photographer from the 1930s and '40s.

*An earlier version of this story attributed the quotes to Julia Fishman. Mary Kay Lombino is the curator of photography and contemporary art at Vassar College.