“Whosoever scorns painting is unjust to truth; and he is also unjust to all the wisdom that has been bestowed upon poets—for poets and painters make equal contribution to our knowledge of the deeds and the looks of heroes.”—Philostratus (Imagines)

Celine is part of Francisco Benitez’s “Ekphrasis” series, a collection of encaustics that uses ancient texts describing lost Greek paintings as a basis for reinterpretation. The allure of these works is their written descriptions. Philostratus and Polygnotos, ancient Greek chroniclers, separately describe the paintings in detail. What remain today of the ancient Greek encaustics are mere interpretations by Roman copyists. Still, there’s an intrigue in these two-dimensional wax faces. Benitez uses only four colors: white, yellow ochre, red earth, and black to achieve incredible chromatic depth, emulating the Greek painters’ technique. Layer upon layer the wax melts, enlivening each figure. The fragility of wax becomes an illusion. The faces in Benitez’s paintings utter reminders of their written past, glorified by war and philosophy.

Benitez’s paintings will be displayed as part of “Fahrenheit 180: A Group Encaustic Exhibition” at Ann Street Gallery through March 27. 104 Ann Street, Newburgh. (845) 562-6940; www.annstreetgallery.org. 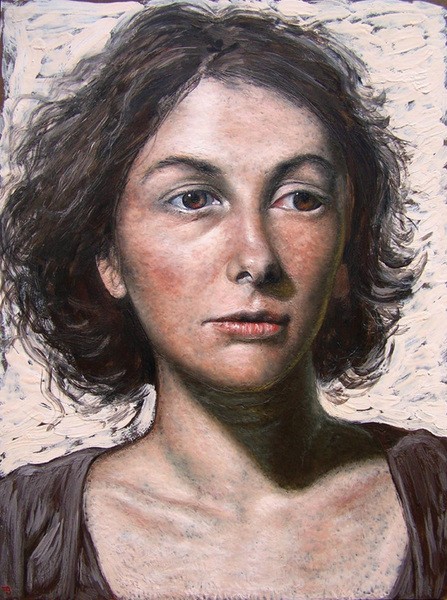