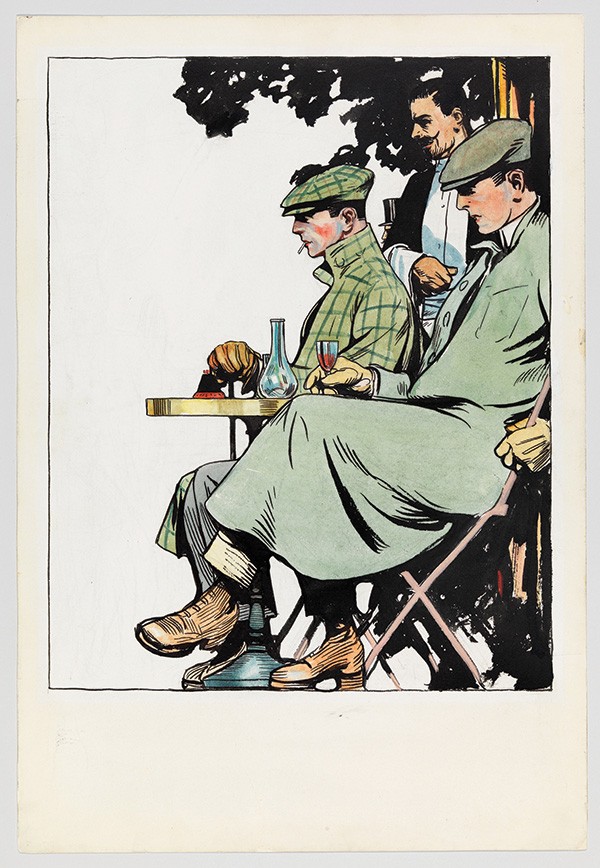 Born in Nyack in 1882, Edward Hopper is one of the Hudson Valley's most prominent native painters. After studying illustration and fine arts in New York City and traveling to Paris and Spain, he returned to the States, living in Massachusetts. Eschewing the Cubist style in vogue at the time, Hopper developed an iconoclastic aesthetic, becoming one of America's foremost realist painters of the 20th century.

However, Hopper's career began long before brush strokes. Like many of us, his parents urged him to secure a source of steady income, leading him to commercial art. His illustrations appeared on the cover of magazines like Scribner's, Everybody's, and Country Gentleman, along with film advertisements and patriotic posters. Hopper's 20-year career in illustration is still scarcely known to the public. He left no written documents shedding light on his commercial work—what has remained are his original proofs in published form. As stated by Hopper, "Great art is the outward expression of an inner life in the artist, and this inner life will result in his personal vision of the world." "Unknown Hopper: Edward Hooper as Illustrator" brings us a closer look into Hopper's inner life, presenting his rare illustrations at the Norman Rockwell Museum in Stockbridge, Massachusetts, June 7 through October 26. (413) 298-4100; Nrm.org.