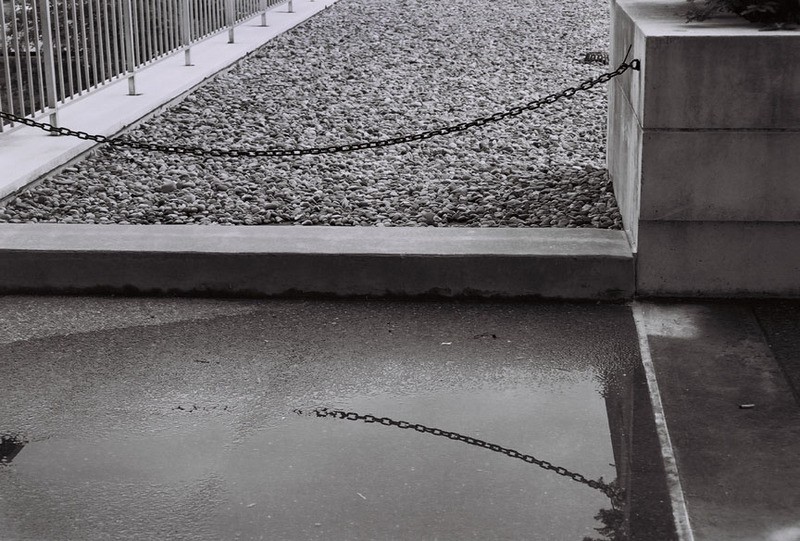 Cigarette Break, photograph and text by Daisy Chung, from the exhibit “unseenamerica New York State: Pictures of Working Lives Taken by Working Hands.” Chung is a food service worker in Albany who took part in a nationwide project that provides cameras to union workers as an opportunity to document their lives. The project was founded in New York City by Esther Cohen, executive director of the Bread & Roses Cultural Project of 1199SEIU, a healthcare-workers union. In the introduction to a book of photographs from the project, Cohen writes, “The photographers represented here are people who make up the very fabric of our lives: taking care of the sick, working in restaurants, picking fruit, building roads, maintaining buildings, sewing clothes, working in offices, helping children, washing dishes.” Speaking of the pictures, she observes, “They are not cynical or ironic. They do not manipulate or trick. They are not self-conscious or self-righteous....They are not selling a product or advocating anything except their own humanity.” In New York, the ongoing program is funded by the Workforce Development Institute, in partnership with the NYS AFL-CIO.