Susan Copich's photographs pack a wry punch. She casts herself front and center throughout her "Domestic Bliss" photo series, alongside her daughters and husband, mocking and engaging viewers in scenes fraught with dark humor. After careers in acting, dancing, and teaching Pilates, Copich now photographs what she calls "the superficiality of everything."

Copich's formal training in performance art at Ohio State University provided an ideal segue into photography. Her mastery of corporeal movements informs the poses of each character in "Domestic Bliss," from the forward-leaning mother in Anger Management to the assertive, manicured hands in Toy.

"When I finally decided to step in front of the camera and use all of my history, my photography finally made sense and made an impact," says Copich.

Mother figures in "Domestic Bliss" share what Copich calls a "knowing." Their unabashed staring at the camera forcefully brings viewers into each seemingly trite family to reveal sordid truths about anger, disconnect, and neglect. "My work is partially about creating and holding the tension, and one way in which I achieve it is by holding opposing or conflicting views in a single image," says Copich. "Domestic Bliss" is a sharing of inner immorality; it provokes confrontation of familial roles through irony and metaphor.

"Domestic Bliss" will be exhibited at Cross Contemporary Art in Saugerties from August 1 to 23. An opening reception will be held August 1 from 5 to 8pm. Crosscontemporaryart.com; Susancopich.com. 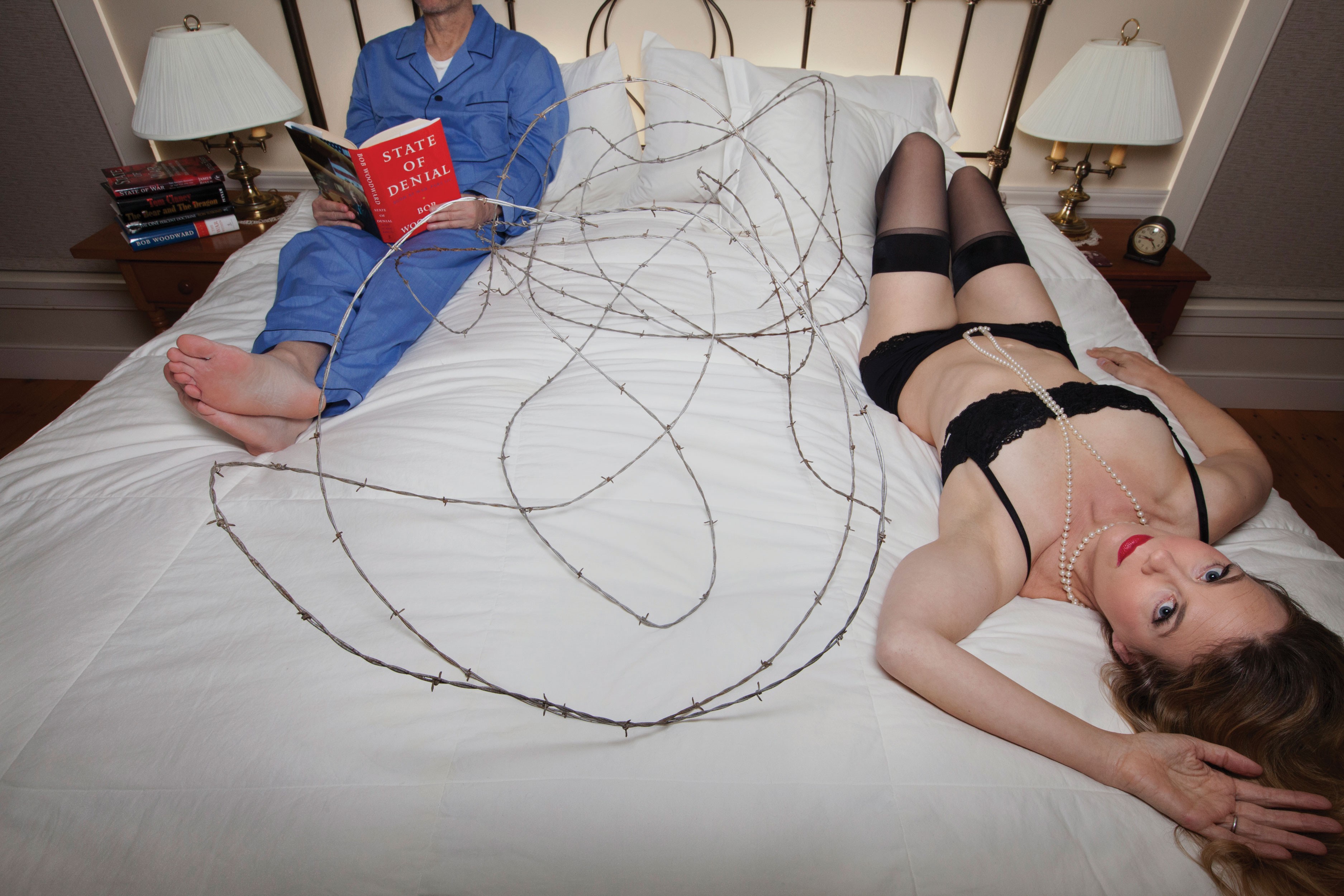