Owen King keeps his coat on. It's a raw, sleety morning, and without the usual student crowd to warm up the room, New Paltz's cavernous CaféTeria is feeling the chill.

Dark-browed and affable, King clutches his coffee cup as if he were inside an ice-fishing shack. "I lost a lot of weight recently and I'm not used to it. I'm cold all the time," he explains. At one point he warms his hands by wrapping them inside his well-worn Red Sox beanie.

The kicker? King grew up in Bangor, Maine, not known for its tropical winters.

If you connected his hometown to some other writer named King, you would be right: He's the youngest of the literary dynasty that includes Stephen King, Tabitha King, and Joe Hill (born Joseph Hillstrom King); sister Naomi, a Unitarian minister, is the lone civilian.

This isn't something King waves in your face—his author bio doesn't mention his family, and the acknowledgments in his debut novel Double Feature (Scribner, 2013) and acclaimed story collection We're All in This Together (Bloomsbury, 2005) thank "my mom and my dad, my sister and my brother" without naming names. But he's media-savvy enough to know that questions will be asked, and fields them with well-practiced courtesy.

Though literary critics have already embraced King's stories, Double Feature should dispatch any lingering snark about coat-tailing family fame. King's name may have opened some doors, but the talent he brings to the room is all his. An exuberant love letter to the movies, with insights on failure, success, and family ties, his first novel is smart, ambitious, and funny as hell. There are quotable lines on every page: "Disappointment was the real common cold." Or: "The two black and white cats who lived with him cycled quietly in and out of the McMansion's rooms like maitre d's, checking to make sure the service was adequate." Whoever's son he may be, Owen King is that rarest of beasts: an original.

Still, a Freudian would have a field day with a story that pits a filmmaker son with auteur aspirations against a larger-than-life father who's made his name in the genre aisle of the video store. Sam Dolan is a college film major directing Who We Are, a Dogme-style microbudget feature that cleverly collapses four years of undergrad life into a single fateful day.

Everyone praises the script but Sam's father, who finds it "portentous." Booth Dolan is a larger-than-life hack actor with a mellifluous voice (think Orson Welles, selling no wine before its time) and a stellar wardrobe of prosthetic noses. Described as "the B-movie mainstay famous for his stentorian blink-free performances in such films as New Roman Empire, Hellhole, Hard Mommies, Hellhole 2: Wake the Devil, Black Soul Riders, and Hellhole 3: Endless Hell," Sam's father remains inescapable: "To this day, on the highest movie channels, the ones that are all gore and tits and robots, a black-haired Booth can still be seen battling evil with a plunger."

Sam's self-esteem tanks. He abandons directing for a heinous gig as a wedding videographer, and his private life devolves into occasional phone sex. Meanwhile, Booth emerges from his buffoonish fog, demonstrating an unimpeachable work ethic (a colleague dubs him "the Olivier of answering-machine messages") and an unexpectedly generous heart. Maybe you can go home again. 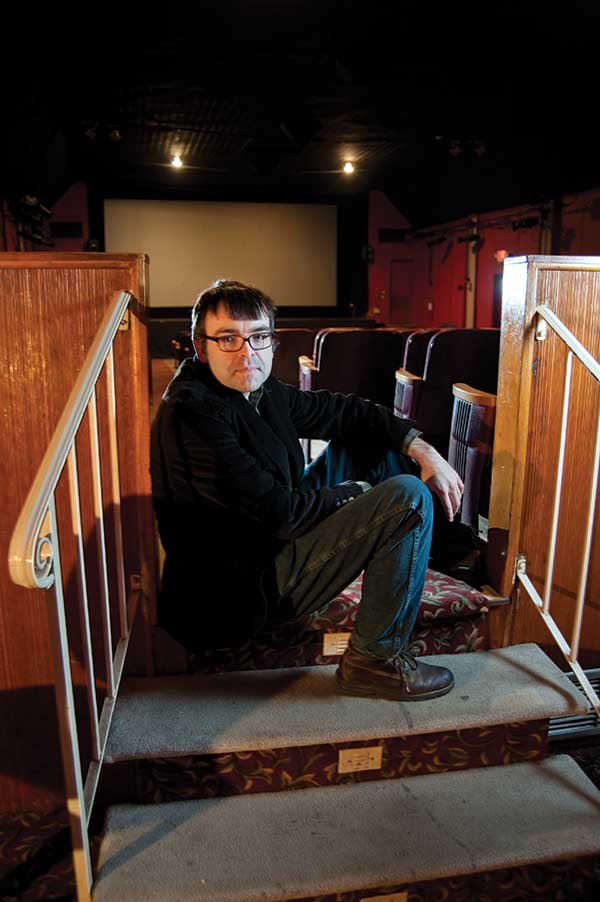 King is quick to squash autobiographical assumptions. "My dad isn't like Booth—no one who knew him would think that," he asserts. "Their voices are completely different. And my mother is nothing like Allie." Nor is Sam an authorial stand-in, though King concedes that "we share some opinions," including a passion for Dog Day Afternoon and a beef with E.T. "I saw it as a kid and was devastated," King says. "I wept in the theater, was deeply humiliated at having wept in the theater—I was probably seven—how exposed it made me feel."

King's never directed a movie, though acting in Vassar student films helped him recreate the rhythms of an underbudgeted set. The rest was research and invention. He worked on the novel for more than five years.

For locals, a few Hudson Valley locations may resonate. Russell College (named for King's former professor, novelist Paul Russell) shares some DNA with Vassar: "At Russell, there had been three or four gloomy, bilious girls who huddled in the Shakespeare garden in their hairy black pea coats, ostentatiously taking turns reading aloud from The Norton Anthology of Poetry." There are scenes at the Hyde Park Drive-In and Kingston multiplex. And Sam's hometown, with its funky cafés and Huguenot graveyard, is a body double for New Paltz, where King and his wife, novelist Kelly Braffet (Josie and Jack, Last Seen Leaving, and the forthcoming Save Yourself), have lived for five years.