Our Gardens as Ecosystems 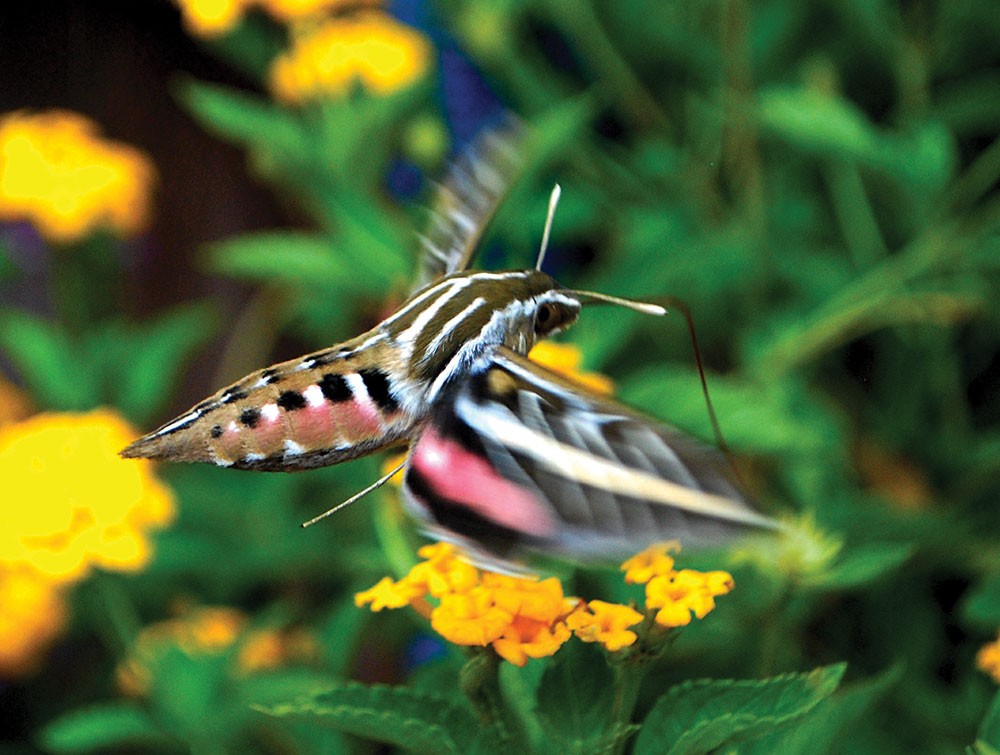 People didn't quite get what we were doing," Diane Greenberg says of the early days of Catskill Native Nursery in Kerhonkson, which she founded in 1999 with her husband, Francis Groeters. "Visitors would ask which one of us was the Catskills native," she says. "We'd have to clarify that the 'Native' in our nursery name referred to plants." A turning point came when Doug Tallamy's seminal book Bringing Nature Home came out in 2007. Many gardeners became increasingly sophisticated about native plants and eventually came to the nursery asking for plants by their Latin name.

Greenberg grew up in the suburbs of New York with environmentalist parents and an early love of gardening. Groeters grew up in Marbletown and as a child gravitated toward birds and woody plants. Greenberg earned her degree in art history from NYU and eventually achieved success on Wall Street selling computers to banks and brokerages. In the meantime, Groeters, an insect ecologist, was working in academia. Greenberg bought the farmhouse and five acres of land in Kerhonkson in 1990 as a single person; when she and Groeters met in the mid-1990s, they each wanted to exit their respective careers.

They started dreaming about and then scheming to build Catskill Native Nursery, with infrastructure work starting in 1997. Now Groeters manages the nursery side of the business, while Greenberg runs the ecological landscaping side that grew out of the nursery business. Their Icelandic sheepdogs, Galdur and Brynja, gently herd nursery customers in the right direction.

Though Greenberg and Groeters are most passionate about native plants, not all of the 1,500 species Catskill Native Nursery sells are native. This raises the question, what is meant by "native," and what are the appropriate terms for non-native plants? Greenberg helps us out with this mini-glossary:

Native: A plant that has naturally evolved in a geographical area without the intervention of humans. A native plant is a supportive part of its ecosystem, and animals and insects usually have a symbiotic relationship to it. It is built into the local web of life and supports its healthy existence. Example: hackberry tree and hackberry emperor butterfly.

Naturalized: A plant that arrives into an ecosystem either by accident or intentionally brought in by humans and is basically harmless. Naturalized plants can co-exist in an ecosystem with native plants. They are sometimes used as ornamentals and are sometimes classified as weeds. Examples: Queen Anne's lace, chicory, dandelion, oxeye daisy.

Invasive: A plant that arrives into an existing ecosystem either by accident or intentionally brought in by humans and does extensive harm. Invasive plants are usually very adaptable and fast spreading. They take over huge amounts of habitat to the point that native plants and animals cannot compete. As native plants disappear from an ecosystem the animals and insects that depend on them also decline, often to the point of extinction. Examples of invasive plants in the Northeast: Japanese barberry, burning bush, vinca/myrtle, Japanese stiltgrass, Japanese knotweed, English ivy, and Eurasian purple loosestrife.

As an ecological landscaper, Greenberg designs gardens that are beautiful, evoke and blend with the native flora of the Catskills, and function like ecosystems wherein symbiotic relationships between plants and animals are maximized. This is in contrast to the convention of homeowners and businesses planting predominantly European or Asian plants, which our Hudson Valley wildlife, especially insect and bird life, has limited use for. "Butterflies are very specific as to which plants their larvae need to eat, for example," Greenberg says. The iconic example is the monarch butterfly larvae feeding on native milkweed exclusively. Other butterflies can utilize a variety of native tree species as host for their larvae.

Native oak trees are going to offer more to the ecology than Norway spruces. "Spruces and most other evergreens can provide cover for birds, but not much else," she says. "Many spruces are also suffering from a root fungus in our area, exacerbated by the interruption of the spruce's dormancy by mild weather in the winter." By contrast, native oaks are more resilient and their leaves are host to the larvae of a wide variety of moths and butterflies. "Where there's larvae, there's a buffet for baby birds," she says. "We need to have plants in our environment that cater to the ability of insects to reproduce so that our baby birds get fed."

Taking a cue from the British, who design their hedgerows for windbreak and bird cover, Greenberg specializes in designing hedgerows with a mixed planting of mostly native small trees, shrubs, and perennials in zigzagging layers rather than planting what she calls a "conga line" of the same species. "These hedgerows come to life with birds, bees, butterflies, and other insects within one year," she says.

They're also appropriately sized for the privacy that her clients seek. "Unless it's an unusually tall house, you really only need 10 to 12 feet for privacy, especially when hiding a road. I use large shrubs for this purpose. If you plant trees, they end up looming over and over-shading your house." A well-designed hedgerow gives privacy but also gives the homeowner—and the neighbor—an interesting tableau to enjoy. That's more neighborly than a conga line of giant evergreens, to be sure.

At the big box stores, most of the plants you see are hybrids and cultivars (cultivated varieties, engineered to various degrees by people). Greenberg and Groeters try to get people to plant more straight species and fewer cultivars. For instance, the straight species of purple coneflower has the Latin name Echinacea purpurea. It's a high-pollinator-value and durable perennial from which you can collect seeds and spread it all about and you'll have reliably thrifty coneflower plants. But the hundreds of hybrids and cultivars of purple coneflower—like the double-flowered or ones with unusual colors like chartreuse—are less viable and tend to be sterile—i.e., they have nothing to offer pollinators.

"Straight species are better for nature," Greenberg says. "A lot of plants in the gardening trade have been hybridized to the point of having no pollen or no nectar and their original chemistry is shot; they're the weakest in nature. Most of the cultivars we try last no more than three years. Every now and then we find a good one, one that actually lives, but most of them shrink over time and then disappear." And then there are the hyped new "perennials" that have been hybridized with annuals and therefore fail to survive even one winter. "The patent owners constantly misdirect growers and consumers," she says. "They want you to take a consumeristic approach to gardening, to whip you up into buying everything new without regard to longevity or ecological value."

In the second installment, Greenberg talks about why earthworms are bad for native plants, why you probably should eschew fertilizer, the problem with "deer-resistant gardening," and other surprising reflections.