Our Fight Against Global Climate Change

December 31, 2010
Last Updated: 08/13/2013 4:20 pm
comment
Temperatures are increasing, glaciers are melting fast, and sea levels are rising. The entire planet is affected by global warming, and polar bears in the Arctic Circle aren’t the only ones facing changes. Expected weather changes in the Hudson Valley in coming years include more intense storms, heat waves, and less snow cover. This could greatly affect the agriculture, animals, and landscape of the region. Scenic Hudson is an organization that focuses on protecting and restoring the Hudson River and educating its residents and visitors on environmental preservation. It is also committed to reducing the impact of climate change by encouraging Hudson Valley residents to act locally. Dr. Sacha Spector, Scenic Hudson’s director of conservation science, will discuss the impact of the latest climate-change projections on the region and a variety of ways to reduce emissions and prevent serious impacts from occurring. Dr. Spector will also enumerate a variety of adaptation tools that municipalities can use to deal with challenges as they arrive, in his talk “Our Fight Against Global Climate Change” at the Newburgh Free Library on January 6 from 6:30to 8pm and on February 22 at the Cornwall Presbyterian Fellowship Hall from 7:30 to 9pm.

What are the latest climate change projections?
Over the next century we’re likely to see temperature projections, sea-level-rise projections, the shift in precipitation, snow cover, flooding, and drought. Projections are really contingent on the amount of greenhouse gas emissions we continue to emit. The New York State Sea Level Rise Task Force just published their results. Their range is between 7 and 52 inches by the end of the century. The conservative range is up to about two feet. If the ice sheets in Greenland and Antarctica continue to accelerate melting like they have been in the last decade, then we could be on a different trajectory. We could see up to four feet or more by the end of the century.

How is climate change effecting the Hudson Valley?
We’ve seen sea level rise by around a foot over the last hundred years. That’s a combination of seawater expanding because of the rising temperature and land subsiding. In terms of temperature, we’ve risen about a half a degree centigrade, or a little more than a degree Fahrenheit, since 1970. Our winters are on average about five degrees warmer. That’s leading to less snow cover, which has economic impacts to industries like the ski areas in our region. It also has ecological importance because snow cover is important for some organisms. We’re seeing earlier melt-out, larger drought, and intense flooding. We are expecting five percent more precipitation on average here in the Hudson Valley. So we’ll see bigger, less frequent storms that drop a lot of water on the landscape quickly. It also means a lot of the water is running off as opposed to recharging the groundwater supply.

What will happen to the Hudson River as a result of the sea level rising?
The salt front [dilute sea water coming up the river from the Atlantic Ocean] is expected to move northward. Communities like Poughkeepsie will probably have to contend with higher salt levels as they draw their drinking water from the river. The Hudson has billions of dollars' worth of infrastructure along the river and some of it is at very low elevation—some wastewater plants and water supply facilities. We need to think about the human connection on the river. We’re going to need a plan going forward that will help us protect our infrastructure, but also make sure the natural shoreline qualities of the Hudson are maintained. The Hudson has some world-class tidal habitats along it. Those are really important natural resources for the Valley.

What will become of the communities that reside along the river?
A lot of the Hudson River has fairly steep banks. In those areas, sea-level rise will have less serious impacts than extensive lowlying areas along the river. Sea-level rise inundation is going to be more concentrated in the upper part of the river north of Kingston. A two-, three-, four-, or six-foot storm surge from a Northeaster on top of that sea-level rise is a serious inundation along municipal waterfronts that will effect infrastructure like our rail line. It’s the combined effect of sea-level rise plus storm surges that really delineates where the risk is.

How will the agriculture and the wildlife of the region be affected?
We’re already seeing the signature of climate change strongly in the natural world. Plants are flowering earlier, migrating species are arriving a little earlier and leaving a little later. Nature doesn’t lie in telling us what it’s experiencing: warmer temperatures and shorter winters. One challenge is going to be a slow adaptation process in the agricultural sector to rotate toward crops that will do better in warmer climates. That will be an ongoing process farmers will have to tackle. For the natural world, we’re going to have to think about doing our best to maintain the Hudson Valley landscape in a connected way, so that species can move across the landscape more easily.

How can communities and residents help prevent the drastic impacts of climate change?
Switch to clean, renewable energy. Install your own solar or wind generators or purchase electricity from renewable energy generators. A really good way for municipalities to start is by joining the New York State Climate Smart Community Program, run by the Department of Environmental Conservation. It helps communities act locally to prevent climate change with a step-by-step process of auditing their energy use and understanding where there biggest opportunities for efficiency and reduction are. All of us can take concrete, easy, and cost-saving steps to save energy. Switching our light bulbs to more efficient models like compact fluorescent or LEDs. Weatherizing our homes. Reducing the number of miles we drive, carpooling, or using public transportation. Reducing meat consumption even by one meal a week. Many of these things save money and have positive impacts on our health. 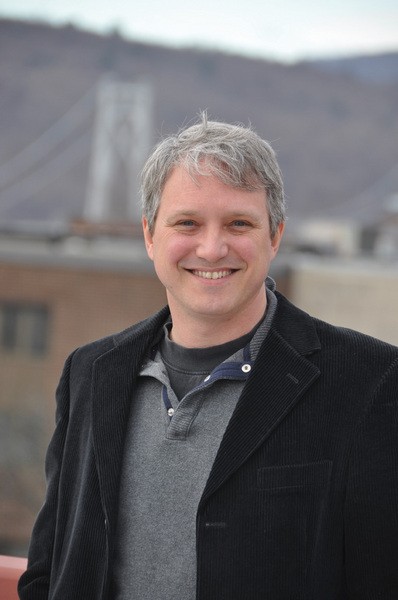