The Hudson Eye Festival Focuses on Local Arts and Community 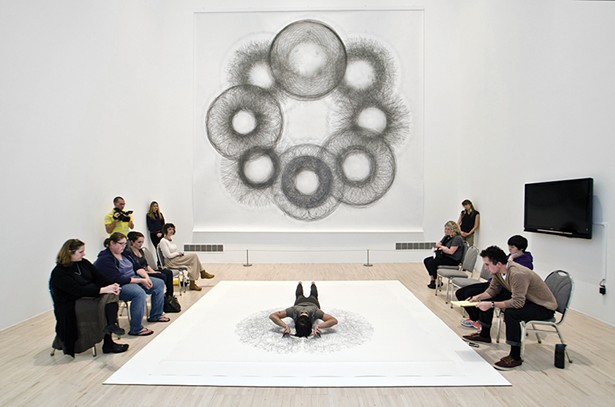 It seems like most local arts festivals are more about the outside world, with the organizers concentrating on booking "big name" out-of-town artists with the aim of luring large crowds, mainly from beyond their town boundaries. But the vision behind the inaugural, multidisciplinary festival The Hudson Eye, which will take place in its namesake city from August 23 through September 2, looks to defy that view with programming celebrating artists who live in and/or have roots in the Hudson area.

"As far as I know, this is really the first attempt in Hudson to do a festival that's local in focus and groups artists, dancers, and musicians together under one banner," says acclaimed choreographer Jonah Bokaer, who, along with curator Aaron Levy Garvey, is overseeing the 10-day event. "The goal is to animate the arts community in Hudson and stimulate creativity."

The needle of The Hudson Eye was threaded when an anonymous donor offered Bokaer and Garvey a grant to launch a locally oriented arts incentive. "I'd received some commissions for dance projects from the Brooklyn Art Museum over the years, and I wanted to carry my gratitude for those forward with a project that was more multimedia," says Bokaer, who founded his eponymous dance company in 2002 and has been living and working in Hudson since 2009.

Besides its overarching hyper-local, pan-genre approach, other signature elements of the planned festival are its panel salons, the "Dine Around" restaurant component, and "Hot Topics," a series of free talks about timely, relevant issues, which will take place in the West Room of Hudson Hall at 1pm each day. Among the subjects set to be addressed at the conversations are the opioid crisis, rising water levels and other ecological concerns, local gentrification, and matters relating to the LGBTQ community.

"Hudson has a really strong, young arts community and a great arts heritage going back to the Hudson River School painters," says Bokaer. "We think this festival will add a new layer to that history."

The Hudson Eye will take place from August 23 through September 2 at venues throughout Hudson. Tickets for individual performances are $10 (students and seniors are $5). Thehudsoneye.com.

The original print version of this article was titled:
"Optical Infusion"