One Voice For Haiti Benefit

“It’s a little bit like a movement,” says Evelyne Pouget, the woman behind the fundraiser for Haiti on April 23 in Kingston. Pouget and Creative Music Studio will present One Voice for Haiti, a concert event benefiting the Haitian People Support Project and their efforts to help five orphanages in Port Au Prince affected by the January earthquake.

Just three days after the earthquake hit, Pouget got involved with the Woodstock-based Haitian People Support Project. She then started Children Helping Children Across Borders (a campaign aimed at supporting the orphanages). “I don’t want fame. I really want a result—there’s 400 [kids in these orphanages]. How can I not help?” she says. Although there were no casualties at the orphanages associated with the quake, the roof on some of the orphanages were destroyed. Pouget describes seeing them “huddled in the corner of a backyard to keep warm. You see, people, after a while, get compassion fatigue. They’ve seen enough. This situation has gone on for a long time, but it will continue to go on for a long time.”

After much research  some of the best Haitian musicians were recruited to perform in support of the cause. Many of the bands haven’t played since the quake. Most haven’t been able to leave Haiti. Boukman Eksperyans, a mizik rasin band (think folkloric voodoo music meets the Jimi Hendrix Experience) will headline the show. One of the members of Boukman Eksperyans lost 15 members of their family. Their music mixes Haitian, African, and Caribbean influences in an upbeat and energetic way. The band takes their name from a mashup of the creole word for experience and an 18th-century voodoo priest, Dutty Boukman, credited with leading a religious ceremony that started the Haitian revolution of 1791. The Latin band Sonando and Bakana will also perform, along with 50 to 100 children in a performance of “We are the World” to a backdrop of the Hollywood music video. There will be a surprise guest following Boukman Eksperyans and a DJ will be spinning between the acts throughout the evening.

The goal is to raise awareness among the whole Hudson Valley community. Pouget hopes to get local schools involved to adopt the orphanages since it’s clear that there is no quick-fix solution. Whether through pen-pals, donations for food or clothes, people can choose where their money will go. If they want the kids in Haiti to get books, the money will buy them books.

The event is focused on being a positive, uplifting, multimedia event. It will open with a musical invocation/prayer, with the help of Haitian communities in the area there will be Haitian and Creole food available for purchase, and what Pouget describes as an “informative and moving” slide-show presentation will take place featuring several doctors recently back after offering medical assistance in Haiti. The Creative Music Studio will also be collecting musical instruments for donation. Pouget says an article she read on how so many musicians in Haiti lost their music triggered the idea. When one man found his instrument it was healing, for him and for everyone who heard him play. Pouget saw importance in spreading that, so anyone bringing an instrument to the event will receive free admission.

With Backstage Studio Productions donating their theater for the event, One Voice for Haiti will take place on April 23 at 8pm. Tickets are $25 at the door or $20 in advance. (845) 679-7320; www.haitiansupportproject.org. 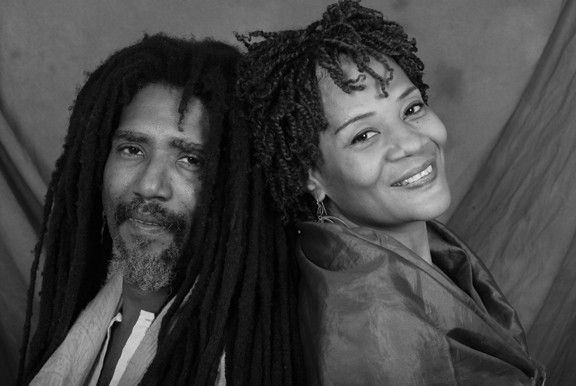