It was 1969. We were nearing the end of a decade of assassinations, a deeply divisive war, seemingly nonstop student protests, and historic social upheaval. It was time for a break! Respite finally came in the form of two space explorations: One of the outer variety and one of the inner sort.

On July 20, 1969, the world gathered around black-and-white television sets in living rooms and gas stations, summer camps, and bungalow colonies to watch with bated breath as the saga of the Apollo 11 moon landing unfolded—a moment of affirmation encapsulated in the "one small step" taken by Neil Armstrong for all of us on Earth. 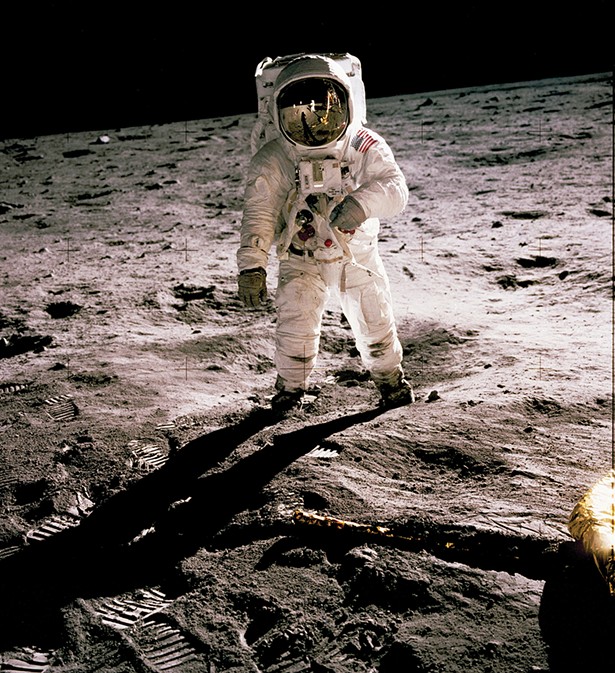 Less than a month later, on a farm in upstate New York, hundreds of thousands of an emerging counter-culture movement gathered to take in the top musical acts of the day and experience an alternative reality expressed in the music they played—one where the moon was in the seventh house, glowing as a symbol for the dawning of the age of Aquarius.

The exhibition "Woodstock to the Moon: 1969 Illustrated" at the Norman Rockwell Museum in Stockbridge, Massachusetts, dives into the zeitgeist of this momentous year of cultural shifts as chronicled in the work of Rockwell and more than 40 other illustrious illustrators including Seymor Chwast, Robert Crumb and yes, Arnold Skolnick, who created the historic Woodstock Festival poster. Our cover photo, taken by Armstrong of his crewmate Buzz Aldrin walking on the moon, is a highlight of the exhibition as is Rockwell's own illustration of the early moon steps, The Final Impossibility: Man's Tracks on the Moon. The museum, as it happens, is also celebrating its 50th anniversary.

Woodstock: A Legacy of Art and Community
A Story That Runs So Much Deeper than the ‘Festival That Didn’t Happen'
Since the turn of the 20th century, Woodstock has hummed as a thriving center of art, culture, commerce, and community.
By Peter Aaron
Community Pages

Besides hippies dancing in the rain and astronauts literally bouncing in the moondust, lots of other things were happening in 1969 and illustrators were on it. The Vietnam War continued with newly elected President Nixon now at the helm. Chwast's woodcut of Uncle Sam entitled End Bad Breath screams with the outrage many felt. Rockwell himself was trying to unravel The Puzzling Case of Richard Nixon in an illustration for the magazine Look (see the alt cover above). The variety of illustrational styles brought to bear on the pressing issues of the day, and represented in this exhibition, speak to the volatile emotions at play back then. Even seemingly innocuous genres like comic books were being reinvented by artists such as R.Crumb who often portrayed aspects of the human psyche that were uncomfortable for many.

Elsewhere in the show, illustration for the entertainment industry (which was quite separate from the news industry back in the day) is highlighted. Illustrations created for the music industry still proliferated on album covers and concert posters and many examples are on view at the Rockwell Museum, including a rare watercolor by Yellow Submarine artist Heinz Edelman, for the film's release in Italy.

The exhibition references the changes taking place in the world of children in 1969 as well. A little game changer of a TV show debuted called "Sesame Street," where all kinds of folks lived in the same neighborhood, grouches popped out of garbage cans, and vampires taught counting, hah, hah, hah! "Woodstock to the Moon" also touches upon the fact that a segment of the parent population protested pervasive violence in children's cartoons like the "Looney Toons," which led Hanna-Barbera Productions to develop "Scooby-Doo." All this is covered in a digital compilation of moving images from 1969, including television clips highlighting Vietnam, the Mets versus Orioles World Series, celebrity interviews, concert footage, film trailers, the moon landing, and Woodstock. Criss-crossing the popular media of the time, "Woodstock to the Moon" is an eye-opening place to land if you are seeking insights into the "long strange trip" that was 1969.

"Woodstock to the Moon" is on display at the Norman Rockwell Museum in Stockbridge, Massachusetts through October 27. Nrm.org 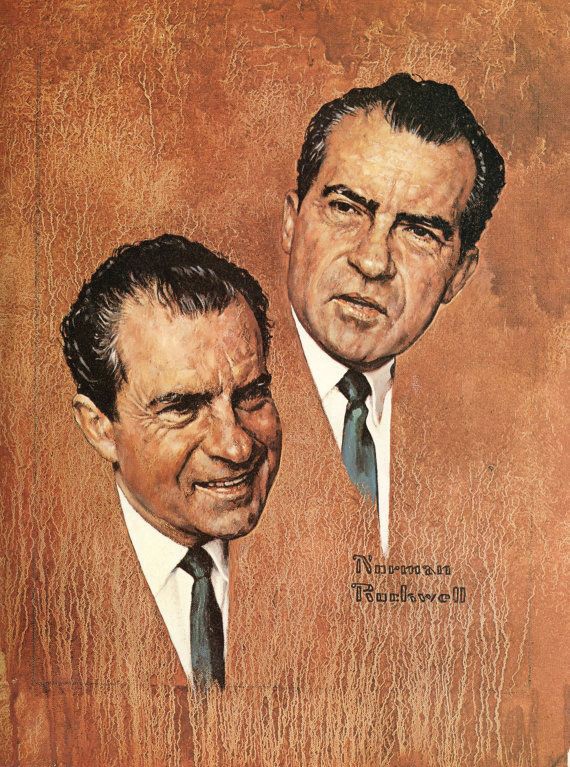 On The Cover: Jenny Kemp's Pressed