On the Cover: Werner Pfeiffer 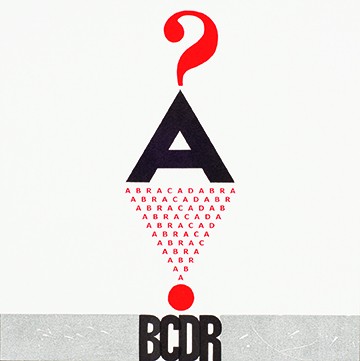 Werner Pfeiffer cherishes books. He also hangs them, gags them, stabs them, and mutilates them. "I strip the books of their contents until all that is left is the carcass," the Red Hook-based artist explains. This might seem like a complicated relationship, and it is. Books have been an intimate part of Pfeiffer's life since he was a boy. Growing up in Germany during the 1930s, Pfeiffer witnessed books being burned, censored, and maimed. Paper was rarely available, if at all. Words were manipulated and erased—a literary crime that has influenced Pfeiffer's art profoundly.

Why commit strikingly similar measures in the name of art? To send a message, says Pfeiffer. "At times, one has to play devil's advocate to make a point. Books are one of mankind's most treasured icons and they are disappearing." In this digital age, Pfeiffer wonders, "Will books be different years from now? Will they be around at all?"

In the interest of preserving the book as an artifact and as a symbol, Pfeiffer works with the structure and design of books in order to comment upon their physical, political, and cultural significance. It might be unsurprising that paper, the essence of books, is his chosen medium. Born out of the circumstances of his youth, Pfeiffer developed a sincere love and appreciation for paper: "Paper was scarce; paper was burned. I didn't even know paper existed, so, later, it became beautiful to me," he explains. Pfeiffer has a unique perspective in this way; most of us regard paper as something mundane and utilitarian. It's seen as an ephemeral surface, easily discarded. This is not the case for Pfeiffer. "Looked at from a different angle," he says, "paper has a structural capacity; it has sound, it has depth. There are so many ways to view it."

Pfeiffer's work is steeped in Surrealism and Dadaism, his pieces often reflecting the blur between reality and the imagination. He likes his work to "play a coy game of hide-and-seek with illusion and reality." Pfeiffer also tries to connote the act of reading in a more dynamic way, producing what he calls Book-Objects. These pieces are hands-on and interactive, urging the viewer to get involved in deconstructing and reassembling them. "My work is part game, part readings, part artistic expression," he explains.

Most interestingly and poignantly, Pfeiffer's Book-Objects are pure white and devoid of written words. Essentially, this is intended to draw the viewer's attention to a world without words, much like the world of Pfeiffer's youth. It calls to mind the book as a symbol—what it is and what it could be. Words, as Pfeiffer explains, are immensely important. "Words are more powerful than bullets," he notes. "Words are, ultimately, what everyone is afraid of."

Nearly 200 one-of-a-kind and limited edition artist books, dimensional prints, collages, and experimental works on paper by Pfeiffer will be shown in the exhibit "Drawn, Cut, & Layered: The Art of Werner Pfeiffer," which opens on February 6 at the Toledo Museum of Art. Toledomuseum.org.

The Seven Words You Can’t Say at the CDC

Video: Werner Pfeiffer, By the Book