On the Cover: The Early Photography of Stanley Kubrick 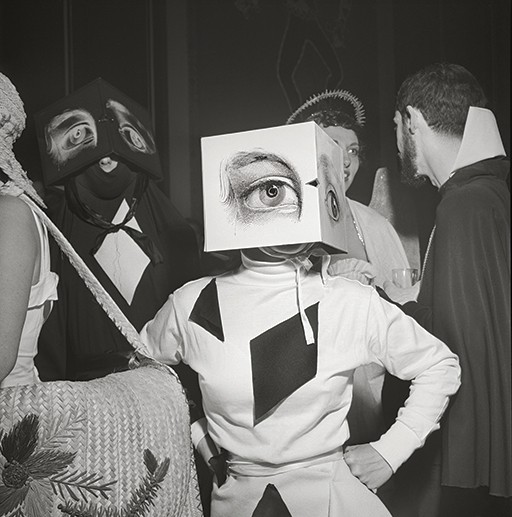 The formative stages of a great artist's career are sometimes just filled with juvenilia, the early misfirings and wrong directions of a talent trying on different guises. In Stanley Kubrick's case, a kid from the Bronx shows up at the offices of Look magazine one day and shows a portfolio of already accomplished work. (Kubrick's father, a dentist, was a serious amateur photographer who kept a darkroom at home and gave young Stanley a Graflex camera).

His first photograph for Look, published in 1945 when he was just 17, depicts a newsstand employee surrounded by newspapers announcing President Franklin Delano Roosevelt's death. The photo appeared in a double-page spread chronicling the careers of FDR and his successor, Harry S. Truman. The pathos in the old man's face, slumped head in hand, displays mature talent.

In his photographs, many unpublished, Kubrick trained the camera on his native city, drawing inspiration from the nightclubs, street scenes, and sporting events that made up his first assignments, and capturing the pathos of ordinary life with a sophistication that belied his young age. Through a Different Lens: Stanley Kubrick Photographs—both an exhibit at the Museum of the City of New York and a book by Taschen of the same title—features more than 120 photographs by Kubrick from the museum's Look magazine archive, a collection that includes 129 photography assignments and more than 12,000 negatives from his five years as a staff photographer.

"Through a Different Lens: Stanley Kubrick Photographs" is on view at the Museum of the City of New York through January 6.