On the Cover of Chronogram: Meredith Heuer's Photography

From Ira Glass to Jell-O 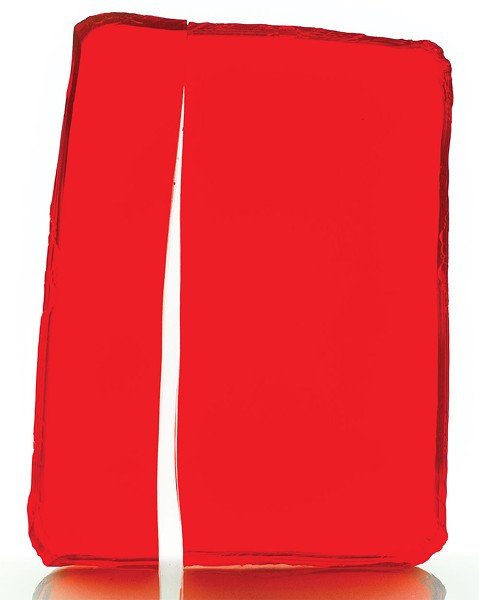 Meredith Heuer first came to the attention of this magazine five years ago, when her "Beacon Portrait Project" was exhibited at Fovea Gallery. Years in the making, the show featured 20 portraits of the city's residents (Heuer ultimately shot over 100), almost all of whom were photographed in their homes.

For Heuer, who moved to Beacon in 2006, the series was an attempt to create a visual map of her new home. Having always lived in big cities—Detroit, New York, San Francisco—the photographer was drawn to small-town life. "I wanted to live in a place small enough to really connect with everyone," Heuer says. She originally planned to shoot a portrait of everyone in Beacon. "I should have checked the population numbers first," she says of the city of 15,000.

Heuer got her start as a photographer working for national magazines like Travel + Leisure, Gourmet, and Fortune, shooting portraits of high-powered businesspeople and celebrities like Richard Branson, Lemony Snicket, and Arnold Schwarzenegger. Celebrities don't normally phase Heuer, but she claims that shooting the team behind the hit podcast "Serial"—NPR darlings Sarah Koenig and (gulp!) Ira Glass—was daunting. "It's the most star-struck I've ever been," she says. (Two fun facts: 1. During the "Serial" shoot, Heuer witnessed the podcast staff compete in an impromptu arm wrestling tournament, in which Koenig soundly defeated Glass. 2. If you Google "Sarah Koenig," you will see Heuer's portrait of her from that shoot.)

Since moving to Beacon, Heuer has focused more on working with local businesses. Her clients include Wickham Solid Wood Studio, Beacon Pilates, and Malfatti Glass. She's also collaborated with friends like humorist, cartoonist, and cultural critic David Rees on his delightfully subversive mock how-to book, How to Sharpen Pencils (2012). Heuer also shoots weddings but limits that work to five per year and is very selective, choosing to work with clients who want nontraditional photos in her portrait style. "I try and capture the feeling of the day, not the fact of the day," she says.

Heuer's current Colorfields series began with her desire to take more control of her work, presenting more of her own aesthetic voice by shooting abstract forms. An avid home cook, Heuer is a fan of Jell-O, which led her to experiment with Jell-O recipes made with different pigments and stiffening agents to enliven and structurally support the inherent wobbly dessert. "It's very alive when you're shooting it," says Heuer. The image on this month's cover, Colorfield #13, is a tray of Jell-O precariously balanced on its end. The vertical crack is a happy accident and highlight's the mold's translucent quality. "The way the light passes through it gives it a stained-glass quality," says Heuer.

"Colorfields," an exhibition of photographs by Meredith Heuer, will be shown at Matteawan Gallery in Beacon from February 10 to March 4. An opening reception will be held Saturday, February 10, from 6 to 9pm. (845) 440-7901.

Visit Meredith Heuer's portfolio to view more of her work.


Read about last month's artwork on the cover of Chronogram.