On the Cover: Kimberly Bail

While visiting friends in Savannah, Georgia, painter Kimberly Bail was struck by the patriotic ephemera—American flags, pictures of eagles—decorating their apartment. Her friends (whom she describes as "hipsters") not being politically minded, Bail found the trappings of Americana ironic, and started her thinking about what being American means to people of different lifestyles. The cover image, Young Patriot #1, is from the series of neorealist portraits that resulted.
Bail, a Saugerties resident, works in the Study Abroad office at Bard College. Her work has been exhibited at the Art Society of Kingston and at the Kingston Muddy Cup. 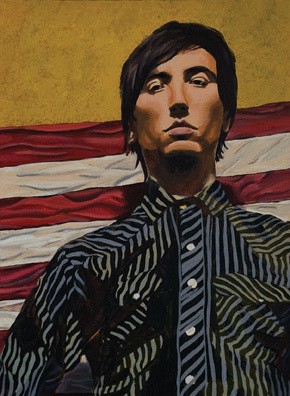 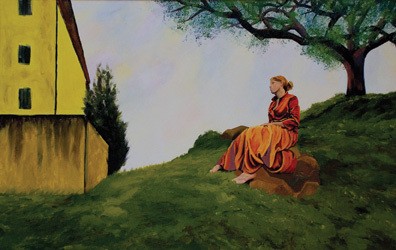