On the Cover: Elisa Pritzker 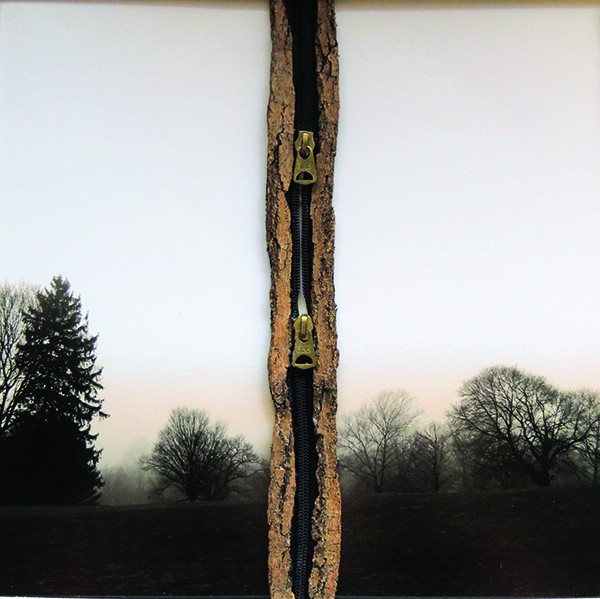 It would technically be an exaggeration to say that Elisa Pritzker has been an artist all her life, but not by much. Born in Argentina, she was eight-years old when she discovered her passion. Soon her parents arranged to send her to the Superior School of Visual Arts, a special art school at the local university. "They were kid courses, but in the environment of college," Pritzker says. She recalls being surrounded by college-age art students and their work, and "really wanting to grow up" so she could go to art school.

Today, Pritzker lives in the Hudson Valley, where she resides and works in a distinctive Antoni Gaudí-inspired home in Highland. She works mostly in three mediums: sculpture, mixed-media photography, and installation. The different media allow her to experiment with new ideas to keep her engaged. "I've been doing art for 40 years," she explains. Pritzker strives to create what she calls an openness in her artwork. "I want people to come into my world," she says, often drawing inspiration from the pristine landscapes of the Hudson Valley.

Like many artists, Pritzker's creative process is defined more by inspiration than by method. "It all happens organically—I let the environment talk to me," she says, adding, "My mind and my heart are already open to discovering objects in an artistic way." Pritzker takes inspiration from an eclectic group of artists, including Louise Bourgeois, Frida Kahlo, and Hieronymus Bosch. She's drawn to them not only for their imagery, but also for their passion for their art. Similarly, in her own work, beauty isn't her main concern. "Nature is already beautiful," Pritzker explains. "I try to put my mark on it." That mark often comes in the form of a zipper, usually attached to natural objects as in Double Vision, which she says is about "opening up into the uncanny mystery of the natural world."

"It's all about nature," Pritzker says. "About going beyond what you see." The zipper is a recurring motif in her work, evoking a sense of discovery. She explains that zippers encourage you to "go further than what you are seeing." The open zipper suggests that there's more going on than you can see at first glance, and, in considering what's underneath, you learn to think about nature in a different way. Pritzker hopes her art will encourage people to "protect and be a bigger part of nature." "Art always has a secret part," Pritzker continues. "There's mystery in nature." It's that mystery that Pritzker hopes her audience will ponder, and it's a mystery that even she doesn't fully understand. "I don't have all the words to explain it," she admits. "If I understood, I wouldn't work, I would talk about it."

Pritzker's work will be presented in the group exhibit "18 Ways of Looking at a Tree," at Vassar College's Palmer Gallery, until September 4. (845) 437-5370; Palmergallery.vassar.edu.