On the Cover: Christopher Kurtz 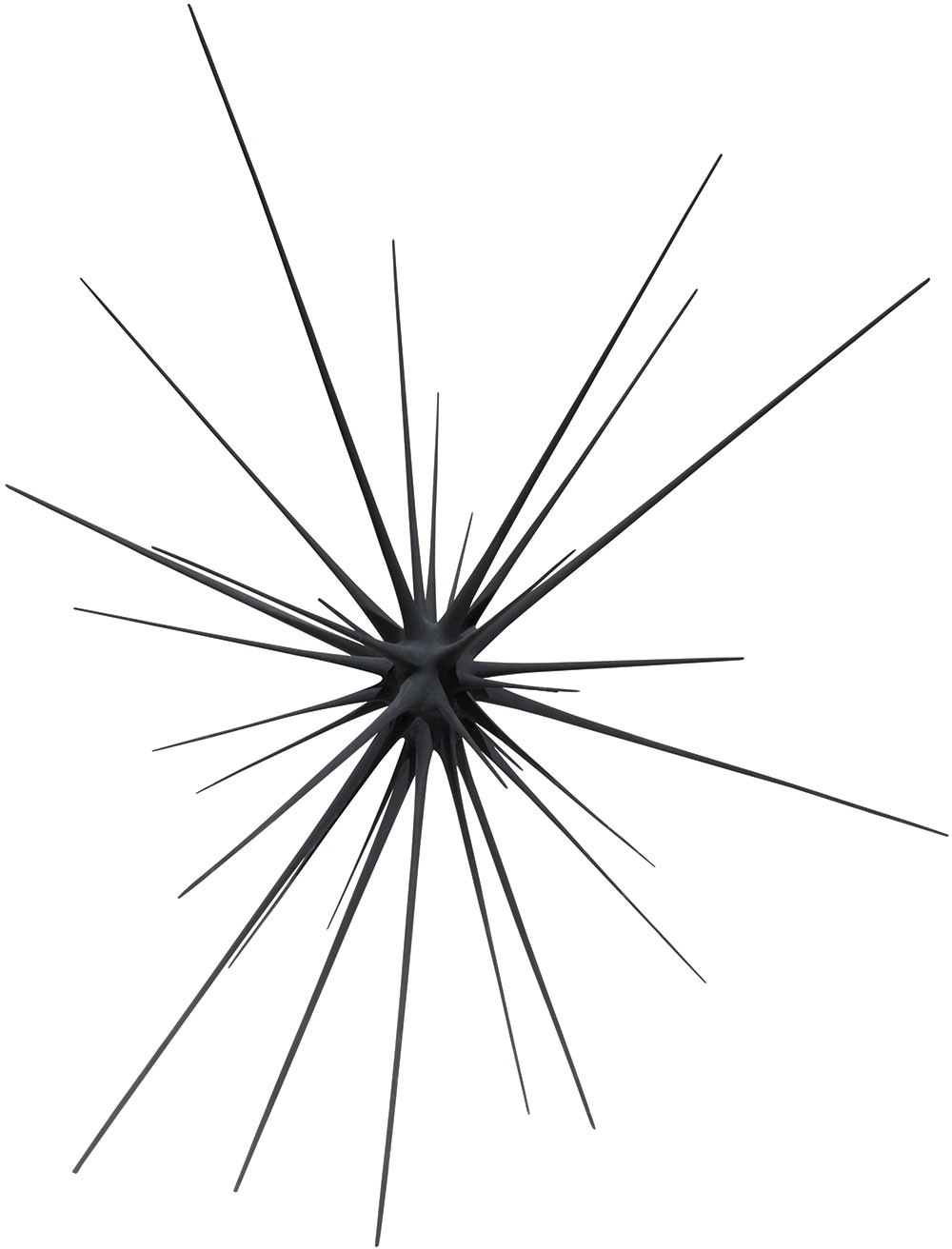 Christopher Kurtz is a Kingston-based woodworker, a sculptor and a furniture maker whose work seems effortless. Behind his work's apparent insouciance lies technical rigor and a fascination with negative space. Take Kurtz's recent series of starburst sculptures, a constellation of diaphanous staves tapering off in fine points. All are made from blocks of wood carved down to whispers with a spokeshave—a process similar to sharpening a pencil. Kurtz then joins the pieces together and covers the seams in layers of graphite or milk paint. "I want it to be a sculpture first," Kurtz says, "then the craft is something the viewer understands after spending some time with it. Craft can be like golden handcuffs. People can hide behind technique. Good technique doesn't always make good art."

Kurtz's virtuosity and materials-based approach is partly explained by his assistantship with Martin Puryear, the Accord-based sculptor whom Kurtz refers to as "a force in contemporary sculpture, an amazing craftsman, and incredible human being" and the man who taught Kurtz how to work with wood. (Puryear's Ladder for Booker T. Washington was featured on the cover of our November 2007 issue.)

Like Puryear, whose enigmatic work is also confoundingly familiar, Kurtz's pieces can be mysterious and challenging while maintaining a tone of serenity and bright optimism. Singularity, an elegant bramble of basswood points stretching six feet high and twelve feet in length, might be a squad of ballerinas in arabesque or it might be a galloping herd of bison straight from Dances with Wolves. Tatanka! Tatanka!

Kurtz tends to wear his influences on his sleeve, unlike Puryear, and the modernist aesthetics of Brancusi and Giacometti are easy to spot in Kurtz's purity of line. His furniture tends to challenge materials, as in the Bauhaus-inspired dining tables with hollow legs that reference the tubular steel furniture of Breuer and Stam. The legs disappear through the table top, mini black holes sucking expectations down through the elastic portal between art and design. At this point, Kurtz is very comfortable tweaking perceived notions. "I've taken a slow-cooking approach to my career," says Kurtz. "I'm 40 years old now and I'm just now starting to get a body of work that I feel like is mine."

Like the harmony immediately recognizable in the work itself, Kurtz strives for equilibrium between the two poles of his work. "If all I'm getting are furniture commissions, I skip work and start on a sculpture to balance it out," says Kurtz. "And if I only did sculpture, I'd totally get lost in fantasy, in poetry. The furniture brings me back down to Earth. If I feel too Earthbound by the furniture, I'm able to have a break from that with the sculpture."

This is the necessary tension in Christopher Kurtz's work, the practical magic in its duality: design and chance, form and function, art and craft. It's also its simple, unifying framework. The furniture turns into sculpture, the sculpture turns into furniture. All Kurtz's schooling, his apprenticeship with Puryear, his years of rigorously perfecting his technique and mastering the materials—they add up to the work of one man's hands. "Ideas come from making things," says Kurtz. "I like the alchemy of manipulating materials with your hands, taking a stick of wood and transforming it into something magical." Portfolio: Christopherkurtz.net.