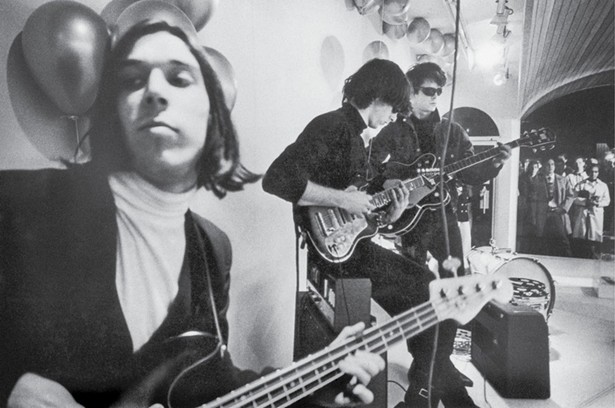 Feeling festive with the changing of the season? Fall into this awesome autumn activity assemblage.

Bouncing back this week from last year’s online-only iteration, the Woodstock Film Festival is taking place for the 22nd year in and around its namesake town through October 3. The gathering retains the virtual component but resumes its in-person panels, workshops, and other special events along with this go-round’s 43 selected feature films (including 11 world premieres). Highlights for 2021 include 18 ½ , Americanish, Fanny: The Right to Rock, After Antarica, El Gran Felllove (directed by Matt Dillon), The Velvet Underground, The Rescue, Storm Lake, Who We Are — A Chronicle of Racism in America, The Electrical Life of Louis Wain, Here is Better, and others. See website for schedule. Big Gay Hudson Valley is bringing the beloved New York City drag dynamo Paige Turner and her uproarious “Joyride” show to Benmarl Winery in Marlboro on October 1 at 8:30pm. The “ridiculous all LIVE sung evening of mayhem and foolishness” features Turner’s signature song parodies and music from the 1960s, ’70s, ’80s, and ’90s as well as fare sourced from Disney films and Broadway shows. Parents: It might be best to leave the younger kids at home with a sitter for this show, as it contains adult themes and humor. Tickets are $25 and $35.

Profiled in a 2016 issue of Chronogram, Tibetan-born singer Yungchen Lhamo is a world-renowned artist who has recorded for Peter Gabriel’s Real World label; performed for the Dali Lhama; sung with the likes of Bono, Philip Glass, Michael Stipe, and Natalie Merchant; and shared the stage of London’s Royal Albert Hall with Paul McCartney, Annie Lennox, Lou Reed, Laurie Anderson, Salman Rushdie, and Robert Wilson. Lhamo will visit the magical setting of Opus 40 in Saugerties on October 2 at 5:30pm for a special outdoor concert. Tickets are $20 (seniors, students, children are $15; kids under three are $5).


At its Stone Ridge campus and via Zoom, SUNY Ulster Community College will host the 2021 Conference on Black History in the Hudson Valley on October 2 from 9:30am to 6:30pm. With a focus on the history of Black and African-American residents in the Hudson Valley, the conference includes presentations on several topics and time periods and is being cosponsored by the Hudson River Maritime Museum, the Library at the A.J. Williams-Myers African Roots Center, TMI Project's Black Stories Matter, the Underground Railroad Education Center, and Harambee/the Pine Street African Burial Ground. Admission is $30 in-person or $15 virtual.

Along with Bob Marley, his likewise departed bandmate in the legendary Wailers, the late Peter Tosh was one of the most important figures in reggae music. Tosh had a direct connection to Woodstock, recording his 1978 album Bush Doctor at Albert Grossman’s Bearsville Studio and playing a Mick Jagger-sponsored birthday gig at the long-gone Joyous Lake. Fittingly, on October 3 at 4pm, Woodstock will host an out-of-doors Tosh tribute concert in Colony’s beatific beer garden featuring performances by Rebelle and Vybz Lord. Tickets are $20.

The Putnam County Dance Project and Philipstown Theater will present “Taking Flight,” an outdoor dance event on the green of Garrison Landing on October 3 at 3pm. The afternoon show promises appearances from guest master dancers in a series of dances inspired by Fly Girl Fly, the story of Shaesta Waiz, an Afghan refugee who became a pilot and flew all over the world. The show includes cultural dances from Bali, India, Peru, the United States, Argentina, Egypt, Japan, Afghanistan, and other regions. (A pre-show workshop is planned for October 2 at 2pm.) Tickets are $22 (kids are $10).

To celebrate the publication of his newest thriller, The Seven Visitations of Sydney Burgess, celebrated author Andy Marino will pay a visit to Rough Draft Bar and Books in Kingston on October 3 at 1pm. Marino will sign copies of the book, which will be available at the event and can be preordered for pickup via the store/cafe’s website. Refreshments will be provided, and the first 15 guests to purchase a book at the occasion (or show proof of a preorder purchased via Rough Draft) will get a free drink ticket and be entered into a raffle for a Rough Draft gift card.

October 3. Born in Chicago and now in Nashville, JD Simo oozes bluesy riffs and drips drawling verbiage like shack-roof tar in the Southern sun. Besides leading the band SIMO, the singer-songwriter, guitarist, and producer has worked with Jack White, Tommy Emmanuel, Luther Dickinson, Dave Cobb, Blackberry Smoke, and Phil Lesh & Friends. This date at Daryl’s House in Pawling, October 3 at 7pm, has him coheadlining with another top act that injects a newfound-energy vibe into a timeless blues-rock approach: Boston trio GA-20, whose raw, garage-y, two-guitars/no-bass/minimal-drums format is a flawless fit for Try It…You Might Like It!, their torrid new album of Hound Dog Taylor covers. (The Outlaws are on the loose October 6; Chuck Prophet and the Mission Express steam in November 3.) 7pm. Tickets are $15 and $20.