With all the tragic turns in the world of late, it’s heartening to consider that O+, Kingston’s festival of music and art with free and discounted health care services for the participating artists, will mark its seventh year this month and has even expanded to other cities. And, in light of certain elected officials still being bent on eradicating affordable public health care, one could say that the mission of O+ is even more vital than when it debuted in 2010. In addition to its staple pop-up clinics and other wellbeing-

themed components, this year’s festival, which will be held October 6, 7, and 8 at various sites in the historic Ulster County city, features more dazzling displays of public art and a killer lineup of over 50 musical acts. Topping the bill are Amanda Palmer, Deerhoof, Steve Gunn, White Hills, and Spirit Family Reunion. Over the last eight years, the latter outfit’s ragged-but-right acoustic roots folk has taken them from the street corners and subways of Brooklyn to the stage of the Newport Folk Festival and the studios of NPR. Ahead of 0+ 2017, Spirit Family Reunion lead man Nick Panken answered the questions below via e-mail. Opositivefestival.org.

In a digital age, what is it that makes younger musicians like the ones in your band want to play “old-timey” folk music?

Maybe it’s similar to what makes people want to hit a baseball with a bat, instead of just playing video games. There’s something about it that connects. That feeling doesn’t go away and it can’t be replicated.

Spirit Family Reunion came together in Brooklyn in 2009. Is (or was) there anything comparable to O+ happening down there for bands or artists, in terms of events that bring music and the arts together with health care/wellness and general community building?

The music scene in New York has a reputation for being about “every band for themselves.” Could something like O+ have originated in Brooklyn, as opposed to Kingston?

O+ is the only thing of its kind that we’ve come across, as far as [a festival] fusing healthcare and art. So in that way, it’s a pioneer for filling a particular need. But there are many scenes in Brooklyn and beyond that add value to the greater communities in various ways. Bigger cities may tend to be more cutthroat in some ways, so just establishing a supportive and welcoming music scene is kind of a radical thing in itself. O+ is taking that a step beyond, which hopefully has ripple effects.

What was it about the O+ mission/concept itself that attracted you to joining the bill?

Our society is quick to turn music and art, along with everything else, into currency. The thing about currency is that it can be devalued, but we can’t have life without music and art—not to mention access to healthcare. So we have these invaluable things that are consistently being devalued. O+ is doing important work by figuring out ways to put more value back into music and art.

You guys are working on a new studio record. How’s that going, and how does the music compare to that of 2012’s No Separation and 2015’s Hands Together? Do you have a release date?

We’re more or less done with recording this new album. Now we’re figuring out how we want to share it with the world, and, in all likelihood, it will come out early next year. This new record is really the first one that was born in the studio, where we could take a lot more space to evolve and refine. The content is familiar, but hopefully it is delivered with new courage and wisdom.

Your band has cited Pete Seeger and Levon Helm as musical heroes and was lucky enough to share stages with both before they passed. What is it about each of these local legends in particular that you’ve found so inspiring?

Pete Seeger is one of the greatest examples of using music as a tool to build community. A great illustration of how invaluable music can be. His whole career is so inspiring, and seeing and playing with him at the very end, he was just as powerful as any old story or footage from his long life. Levon Helm was kind of the embodiment of so many great elements of American music fused into one. That howl and that beat kind of summarized it all. It was a privilege and a major lesson for our band to get to share the stage with him for his final few performances.

Both of those guys lived long lives with music, and they both radiated so much joy on those memorable nights we got to step into their worlds. 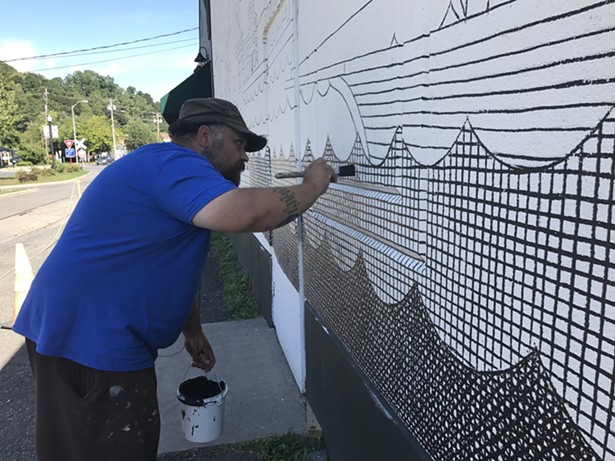 The original print version of this article was titled:
"The Healing Arts"