A Nomination, A Renovation, A Gala and a Pop-Up Tour, Lil' Deb's Dives into 2019 with a Splash

by Shrien Alshabasy and Marie Doyon 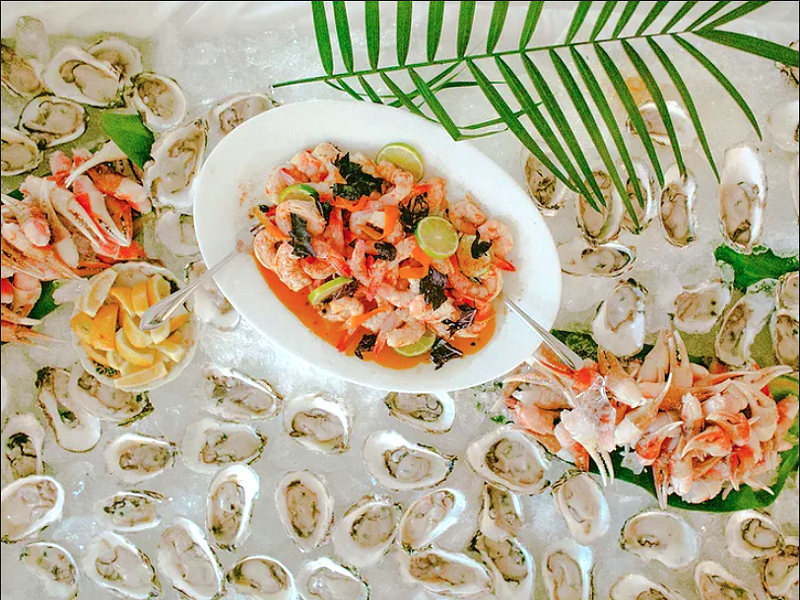 Lil’ Deb’s Oasis, a tropical-themed restaurant that’s been making waves in Hudson, New York for the past few years, is headed towards another jam-packed year: recognition, a renovation, a gala.

Chef/owners Hannah Black and Carla Perez-Gallardo self-identify as tropical comfort maximalists, an intense sensibility that permeates the decor as much as it does the flavorful pan-Latinx menu. Walking into the salmon-toned restaurant amidst the flicker and buzz of neon signs, customers are met with shimmering blue tiles, plant patterned floors, and fake flowers. To enter the art installation/restaurant hybrid is to dive headfirst into a brilliant aquarium of tropical kitsch.

But aside from the daily-changing whole fried fish special, there is nothing fishy about the food. It gracefully manages to be both saturated with flavor and exquisitely balanced, exotic and familiar—a feat which recently earned them a coveted James Beard Award nomination. Founded in 1999, this prestigious award honors the most delicious, diverse, sustainable, and pioneering culinary figures and institutions in the US. The only ones surprised by this were Black and Perez-Gallardo, who got the surprise call while at a cafe in Brooklyn.


Tapped for the category of "Best Chef: Northeast," the two join a slate of other talented chefs like Tiffani Faison of Tiger Mama (Boston), Evan Mallett of Black Trumpet (Portsmouth, NH), and Vien Dobui of Cong Tu Bot (Portland, ME). Finalists will be announced on March 27 and this year’s winners will be unveiled at the James Beard Awards Gala on May 6 in Chicago. 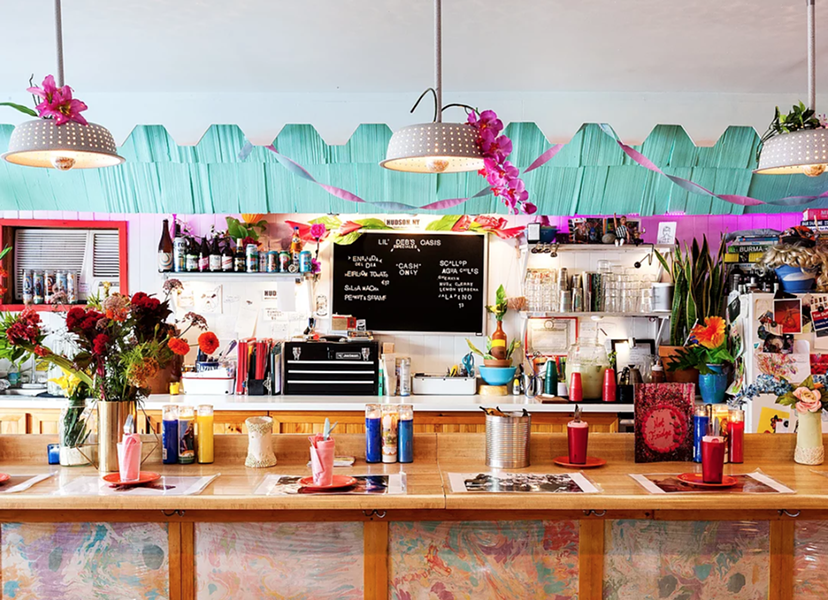 Lil Deb’s Pops Up All Over the Place


Before the creation of Lil’ Deb’s, the squat building was a local diner named Debbie’s, where construction workers and city employees could get a cheap breakfast sandwich on the go. In 2015, Perez-Gallardo and Black started to host pop-up dinners in the spot one night a week. Debbie’s got the rap-chic moniker Lil’ Deb’s and an exuberant makeover when, after 30 years of service, the buildings owner (the OG Debbie), offered Perez-Gallardo and Black the lease. Scrappy and determined, they pooled together $50K (without investors) to bring Lil’ Deb’s came to life as a brick and mortar, changing the culinary landscape of Columbia Street with their passionate artistry.


Since January, the restaurant has been under construction. The chefs have come full circle, embarking on a pop up tour with their staff, culinary missionaries spreading their tropical comfort food throughout the Hudson Valley and the Northeast.


Lil’ Deb’s has brought their favorite dishes to day-long takeovers of popular venues like Peck’s Arcade in Troy, Meme’s Diner in Prospect Heights, and Homemade Hudson. But they’ve also used the tour to flex their culinary muscles and test out new dishes inspired by their hosting venue’s own menus. On their Euro-trip popup spree across New York, Lil’ Deb’s has experiments with everything from gambas al ajillo to bouillabaisse, lasagna to Mediterranean grilled octopus.


The next and final stop on their tour is a two-night stint in Portland, Maine at Cong Tu Bot, the hip Vietnamese noodle shop of fellow JBA-nominee chef Vien Dobue, on March 24 and 25.

After putting the finishing touches on the restaurant, on April 6, the Lil’ Deb’s crew will host their second Garden of Earthly Delights Gala at the Hudson Lodge. The restaurant fundraiser will include a cocktail hour, silent auction, and a multi-course VIP dinner with natural wine pairings.

The evening will start at 6:30pm with cocktail hour and the soothing sounds of local musician Lady Moon before shifting into raucous dance party at 10pm with music by DJ PreColumbian and performances by the Berkshire Batteria and Lil’ Deb staff members. They have promised “the gala to end ALL galas,” and if that doesn’t strike the FOMO in you, lord knows what will. Buy your tickets today.
This content is made possible by our sponsor. It does not necessarily reflect the attitude, views, or opinions of the Chronogram editorial staff.