Hudson has an impressive historic district comprised of 139 acres, with 45 blocks of architecturally significant real estate centered around Warren Street, the city's main thoroughfare. Listed on the National Register of Historic Places in 1985, this charismatic little city has 756 significant properties, originally dating from Hudson's founding in 1785, up to the mid-1930s.

Invited to explore one of these impressive properties, I seize the opportunity to investigate a handsome residence near Willard Place, a sprawling 4,500-square-foot Greek Revival. Built circa 1842 by Nathan Chamberlain, a prominent Hudson attorney, the historic home has three bedrooms, a graceful stairwell, double parlors, and a spacious front porch added in the late 19th century. The house is visually and spatially imposing. The generous backyard, with landscaping by Peter Bevacqua, includes a dream-come-true lap pool, and a massive bronze owl sculpture by Thomas Houseago, watching intently over the premises. 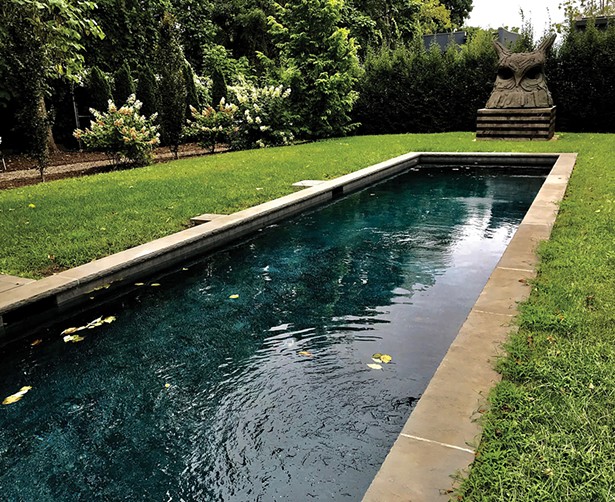 Carol McCranie (a Southern belle with a lovely drawl to prove it) and her husband, Javier Magri (Columbian born, raised in Long Island City) are the consummate art collectors and unabashed culturati who inhabit this gem. The couple met at Parsons School of Design in the 1980s and recently celebrated 36 years together, personally and professionally. Avid collectors of museum-quality artwork, limited-edition books, and esoteric antiques, both are equally passionate about punk culture and music. Their combined expertise and experience is channeled through their professional arts consultancy, Hudson Brick LLC.

After decades of living in Long Island City and New York City, the couple were drawn to the Hudson Valley while searching for a suitable upstate residence in which to house their expanding collection. Thrilled to discover a treasure trove of like-minded creatives in Hudson, they quickly realized "this was our destiny and we needed to uproot," McCranie says. These urban expats swooned over Hudson's combination of premier cultural institutions, legendary architecture and, of course, the convenient proximity to Amtrak. 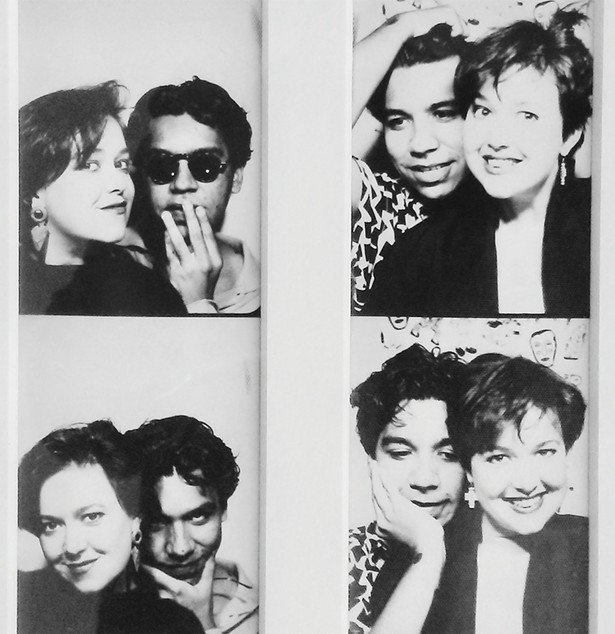 McCranie and Magri bought the Greek Revival in 2014 from a couple who had purchased it from the prominent interior designer and accomplished artist, Frank Faulkner. A local legend, Faulkner renovated at least 14 homes during his time in Hudson. He, too, was a Southerner, so when McCranie reached out to him about renovation, they became instant kindred spirits. The house came with his custom-painted floors, but reluctantly they needed to remove the paint in some rooms. Faulkner promised to design a new pattern if the newly sanded floors were unacceptable, but, once they'd been stripped to their natural color, he agreed they were perfectly "Zen"—the ultimate minimal backdrop for the objects and furnishings they own. In stark contrast to modern amenities such as a backyard pool, McCranie shared, "We loved the crumbly, old, thick white paint on the exterior and left it untouched. It reminds me of thick icing on a big cake." The house is indeed a delicious confection of good architectural bones filled with extraordinary art and furnishings.

Somewhat naive, but definitely fearless, they acted as their own general contractor during the renovation of the prodigious mansion. Having just moved upstate, they were also reviewing new pieces to add to their already impressive art collection, as well as developing a book about fashion icon Stephen Sprouse. The book, Stephen Sprouse: Xerox/Rock/Art: An Archive of Drawings and Ephemera 1970s-1980s (Damiani, 2015) was inspired by a discarded portfolio of Sprouse's original fashion illustrations which McCranie rescued from a dumpster in New York City. 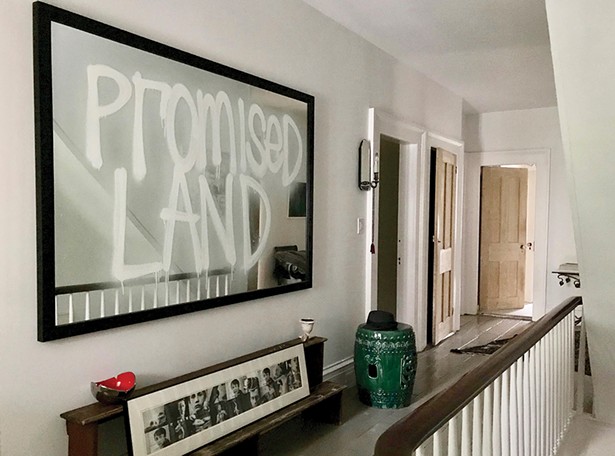 Edited by McCranie and Magri, the book features an introduction by Debbie Harry and documents Sprouse's design work, which bridged the glamorous studios of fashion greats Halston and Bill Blass, and celebrated the 1980's Downtown punk scene. The book is simply one more artistic achievement to add to the roster of creative accomplishments this pair consider a day's work. 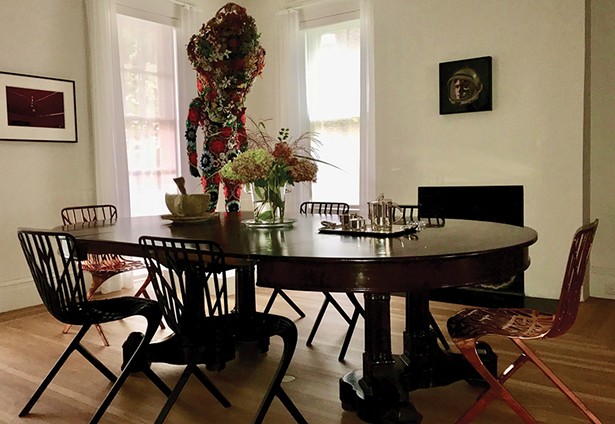 In addition to the challenging projects already underway, the ambitious duo promptly immersed themselves in Hudson's cultural scene. They co-curated exhibits ranging from a collaboration with Hudson Hall and the "Now Forever" group show at Basilica Hudson, to a show of Sprouse's drawings at the Gilded Owl in Hudson, celebrating the publication of Xerox/Rock/Art. 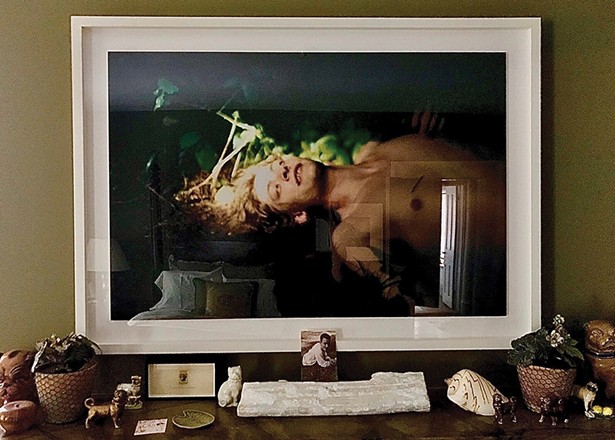 In this home, an unusual balance is delicately maintained, the owners constantly redefining the space as a museum and a private home. An immense Gothic Revival mahogany table (its twin lives at Gracie Mansion) purchased from neighbors fills the dining room with the memory of Hudson's rich heritage. A six-foot Nick Cave Sound Suit towers behind it, lifelike and energetic, poised to make the journey to Olana for a major installation in 2021. This cross-pollinating twosome embraces domestic life and culture equally, enjoying historic real estate with no ghosts attached.

This house profile was originally published on our sister site Rural Intelligence.