No Farms, No Food

September 28, 2011
Last Updated: 08/07/2013 4:24 pm
comment
The meteorological one-two punch of Hurricanes Irene and Lee did massive amounts of damage to hundreds of farms in New York; over 200,000 acres of food and feed crops were flooded. The agricultural losses were worst of all in the Schoharie and Mohawk Valleys, with severe erosion, flooding, and the destruction of many structures and livestock; one farm lost its entire herd of cattle. But the Hudson Valley got hammered hard as well, and our farmers are reeling in the aftermath. They need help.

The rich, fertile bottomlands in our region are prone to flooding, and that’s part of what makes the soil so good. But the floods normally happen in late winter and spring, before any seeds are in the ground. Standing next to a hand-painted sign reading “High Water Mark Irene” that’s more than twice his height, Chris Kelder of Kelder’s farm in Accord explains why the timing of this disaster could not have been worse for farmers: “We’ve spent all our money, and the crop was ready to harvest, but now it’s gone. Since 1955 [flooding has] never happened during the growing season.” The end of the summer is the point at which all of the money farmers have put into their fields begins to come back out. It’s exactly like Black Friday in the retail world.

The Force of Water
In the Hudson Valley, the Walkill River was one of the most destructive to farmland. While the raging Esopus tore roads, bridges, and houses apart all along the Route 28 corridor, making for dramatic stories and footage, the slower-moving Walkill just rose and rose and rose, submerging scores of farms from southern Orange County all the way up to where it joins the Rondout in Rifton. The force of the water in these and other streams shifted rocks and gravel, blew out retaining walls, and scoured away riverbanks and countless tons of topsoil. Fine silt has clogged the remaining soil, blocking the capillary action that pulls water down below the surface. The still-high water level means that any more rain has nowhere to drain to, so in some areas the flooding from Lee was worse than Irene. There are millions of tons of logjams, boulders, and debris that need clearing and dredging so that the next storm doesn’t drive the rivers right back into these same fields.

Farms that were bright green and full of food are now drab, soggy expanses of brown. Driving around the area, one sees the tree lines at the edges of many of the flooded fields highlighted in orange; pumpkins that once filled the fields now lie broken and rotting where the trees caught them. Dave Davenport, owner of Davenport Farms in Stone Ridge and president of the Rondout Valley Growers Association (RVGA), explains what happened to all the rest: “Thousands of pumpkins floated downstream into the Hudson. A lot of people saw them coming down the creek, getting caught in a net over the dam in High Falls.” Someone who fished one out of the water there e-mailed the RVGA asking whom she could pay for it, and that led to a fundraising idea. Because there will now be a shortage of pumpkins this fall, the RVGA will also be selling paper pumpkins, marked with the donation amount, that customers can buy, decorate, and hang on their front doors to show their support. Davenport is currently talking with Whole Foods about selling the paper pumpkins at Whole Foods stores throughout the metropolitan area.

CSA as Saving Grace
Sylvester “Pete” Taliaferro farms almost 40 acres of certified organic vegetables with his wife, sons, and daughter in New Paltz. They lost 80 percent of their crop. “Without the support of our CSA we’d be darn near out of business. We had stuff in the greenhouses ready to plant right after Irene, so we went down and planted it. Then Lee came along and wiped much of that out. People sent me checks, wine, food. People come buy $5 worth of food, hand me a twenty, and say ‘Keep the change.’ They’re buying shares for next year now. It’s helped us out tremendously.”

Deborah and Peter Kavakos own Stoneledge Farm in South Cairo, where they grow approximately 200 acres of certified organic produce for their 1,400 CSA members. Deborah Kavakos explains how: “It was the worst possible time for almost everything. We harvest weekly for our members, and with two weeks of summer vegetables left we hadn’t even started on the fall crops. And then we got six to ten feet of water in all our fields.” Even crops like winter squash that could be washed off had to be thrown away, per a ruling from the FDA that anything underwater for more than three hours could not be sold for consumption. Kavakos, like all the farmers I spoke with, calmly discussed the damage and financial ruin that the storms have brought. The only time her composure broke was when she talked about the support from their members and the community. “We would not be in business next year if it weren’t for our members. One couple moved away earlier this year and they still bought two shares for next year to help us out.” Kavakos says they have some insurance, but the payout will be a small fraction of their losses. “We’ve been building this for 25 years. Last year, we finally had enough collateral to buy the rest of the land. We can’t possibly take out another loan.”

Stressing a Fragile Economy
Ulster County Executive Mike Hein recently participated in a press conference about agricultural storm damage. “This is the worst natural disaster in the history of Ulster County. When I was doing a flyover of Ulster County, it broke my heart. We came over Mohonk, and what we saw was an enormous lake. The only thing I could recognize was the roof of [Ferrante’s] market.” Peter Ferrante, speaking at the same event, held at his Walkill View farm stand in New Paltz, explained the economic impact on his family-run business succinctly: “Six households just had their income drop to zero. We had 160 acres of complete loss.” These losses are going to ripple out into the larger community, further stressing an already fragile economy.

Hein continued: “The most important thing that people can do to help farmers is to understand that they’re open for business. Come to the farm stands and enjoy the produce. There has been an agricultural disaster declaration for our community, but there’s a problem: the funding that is supposed to be there simply isn’t there. We’re calling on the US government to understand how severe the situation is.” Governor Cuomo has created a $15 million fund for stream bank restoration and agricultural recovery, but that’s a fraction of what is needed: estimates for the total damage range from $73 million to $1 billion. Of the $15 million, 2.4 million has been released for immediate relief at 125 farms throughout the state. Just under $750,000 is allocated for the Hudson Valley, and the allotments reveal the vast disparity in damage between the two sides of the river: Dutchess and Columbia get $61,000, while Orange, Ulster, and Greene get $685,000.  As of press time, there is no proposed legislation in the state legislature that addresses the disaster.

The US Senate recently passed a bill providing $6.9 billion in disaster relief funds, of which the bulk would go to FEMA, with the rest divided among other agencies including the Army Corps of Engineers and the Department of Agriculture. The Republican-controlled House has yet to move on it, and has instead offered a much smaller and yet more complex bill providing $3.65 billion that includes $1.5 billion in cuts to other programs as offsets. Democratic Congressman Maurice Hinchey, from New York’s 22nd District, which covers much of the affected area, supports House passage of the Senate version: “The easiest, simplest and smartest thing to do is immediately take up the Senate bill, which provides the funding necessary to address this crisis without delay. We cannot afford to play politics with this issue.” This sentiment has been echoed almost verbatim by Hein, Cuomo, and others, and yet the funding is being held for ransom in the House. The entire government may shut down as a result.

In addition, both New York Senators and several area Congressmen have introduced the Post-Irene Emergency Farm Aid Act, which would provide $10 million to the Emergency Conservation Program and the Emergency Watershed Protection Program. These programs, coordinated through the USDA’s Farm Service Agency, offer funding and help to farmers to clear, restore, and protect waterways and agricultural land. Both programs pay for only 75 percent of the cost of a given project, though, so given the scope of the damage and the dire financial straits of the affected farmers, this money represents a first step at best. Every State has farms, and the footage of the storms and their aftermath has been dramatic and widely seen, so officials and staff contacted for this piece expressed cautious optimism that the proposed legislation may end up passing, even in this age of pathological austerity.

Chris Pawelski is a fourth-generation onion farmer in Goshen, in the fabled Black Dirt Country of Orange County that boasts some of the most fertile soil in America. Reached on his cell phone in Washington, DC, where he’s meeting with legislators and their staff, trying to implement some meaningful reforms to the crop insurance program and agitate for an effective response to the storms, he is impassioned and blunt about the crisis. “The crop insurance programs are terrible. They pay pennies on the dollar. In 2009 [a wet summer where rot was a big problem] I took $150,000 in crop losses after paying a $10,000 insurance premium, with another $20,000 subsidized by taxpayers. My indemnity was $6,000: I spent $4,000 for nothing and the rest of the $26,000 premium went into the pockets of the insurance company. So I’m still carrying all the debt from that year and I can’t take out another loan.” Besides insurance reform, Pawelski is lobbying for a temporary waiver that would allow FEMA to consider crops as inventory and thus cover their loss. “The president could do this with an executive order; it’s a chance for him to step up and really make a difference.”


Put Your Money Where Your Mouth Is
Our support is vital to these farmers, and communities are responding. Buying local has never been more important, and there are fundraisers scheduled throughout the fall all over the impacted region. State agencies can also help, but the scale of the disaster makes it clear that federal funds are the only way to really get these farmers back on their feet. Besides financial relief, the Corps of Engineers looks to be the only entity capable of the massive stream bank remediation that is required. There’s no doubt that the recovery will take time, but it needs to be timely. Pawelski concludes: “I have to place my seed orders next month and I can’t pay for them. I’m not looking for handouts. But if we don’t get some real help, we’re not going to farm next year.”


RESOURCES FOR AIDING FLOODED FARMERS
We’ve created a Farm Aid page with links to organizations that are collecting money for farmers, as well as links to benefit events and the affected farms. 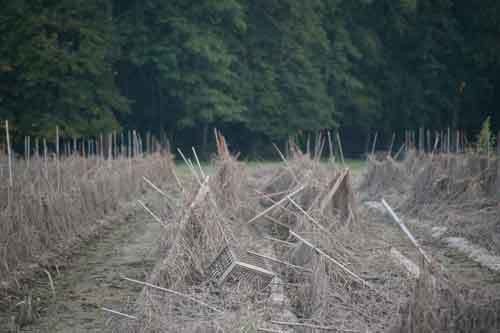 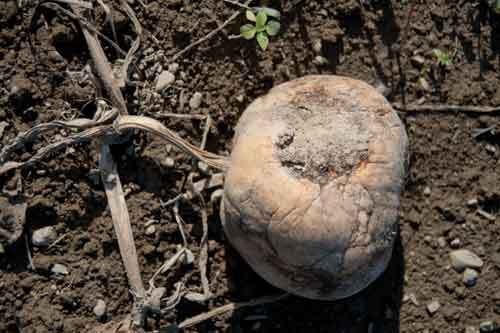 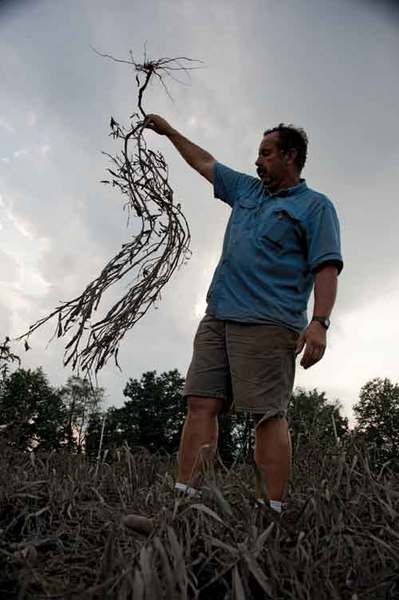 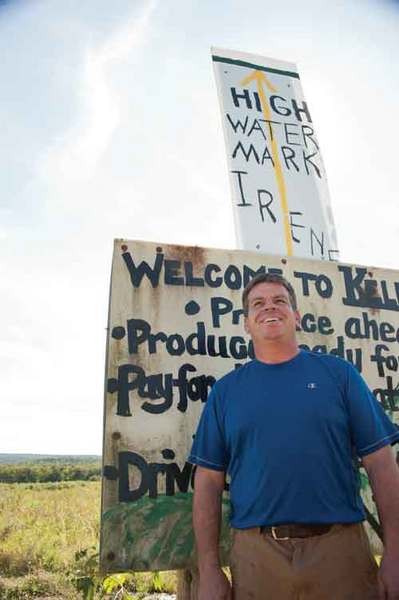