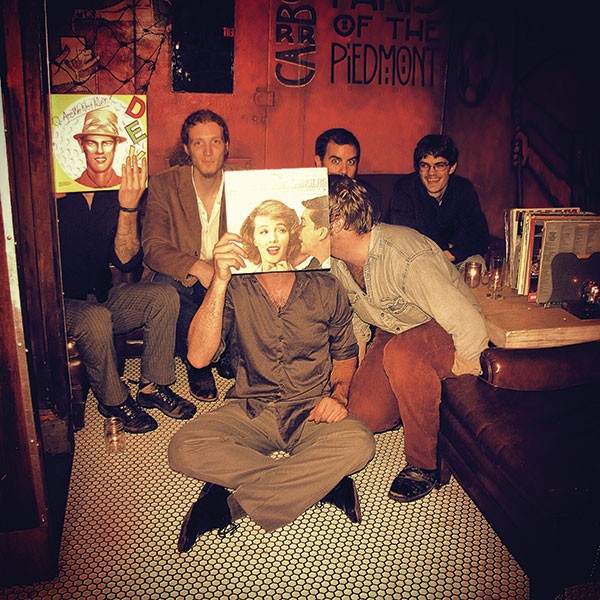 April 11. The last time that North Carolina indie folksters the Grand Shell Game played the Anchor, which they revisit this month, they won the hearts of many with their dead-earnest brand of Southern lit-fueled Americana. In fact, two of the audience's members invited the six-piece band back to their nearby barn, where a postgig hootenany ensued until dawn. Clearly these boys love to play. Fronted by the tellingly named e-s guthrie (vocals, guitar) and rounded out by Daniel Fields (guitar, lap steel), Dylan Turner (bass, guitar, vocals), Joe MacPhail (keys, drums), Rob Dimauro (drums, percussion, vocals), and Rob Davis (drums, bass, vocals), the group was formed barely a year ago but have already become a favorite in their hometown of Carrboro and have been hard at work on their upcoming debut album. (Dead Empires, Tiger Flowers, Clover, Maggot Brain, and Doomscenario rage April 10; Billy Cook croons May 2.) 9:30pm. Call for ticket price. Kingston. (845) 853-8124; Theanchorkingston.com.

Jazz in the Snow 2018 Series in Woodstock