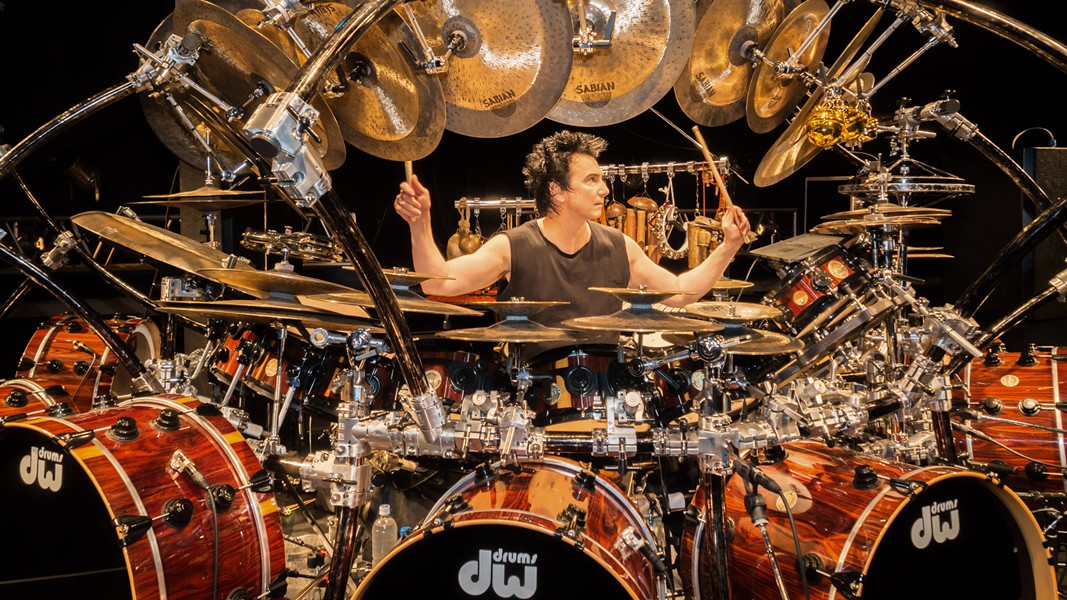 September 28. Drummer Terry Bozzio is well known for his work with Frank Zappa, Jeff Beck, and '80s MTV new wave hitmakers Missing Persons, among others. Here, he brings his ridiculously massive drum kit—declared the world's largest tuned drum and percussion set by Rolling Stone—to the recently opened Woodstock Music Lab for what's being billed as "an Evening of Solo Drum Music." Rather than concentrating on mere bashing, Bozzio approaches his gargantuan kit, which has two-and-a-half octaves of tuned tom-toms and eight notes of bass drum, almost like one would play a piano: with his feet playing the "white key" bass notes of the keyboard and his hands playing against those. Drum nuts will dig this intimate performance. 7pm. $25, $30. Woodstock.