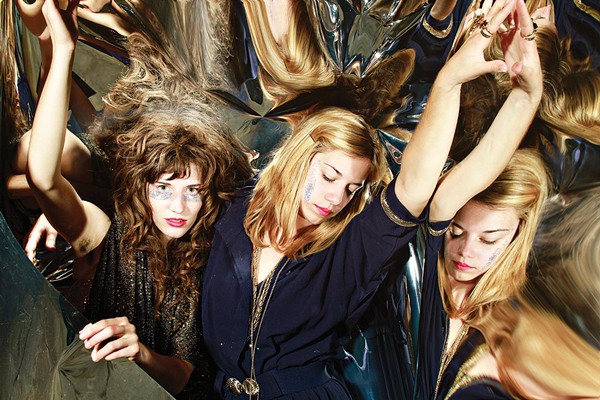 March 2. Brooklyn experimental "Now Age" art-pop duo Prince Rama (aka artist sisters Taraka and Nimai Larson) love a goofy ruse. Google their name and you'll find claims they were 1) raised in a Hare Krishna-centric Florida community; 2) attacked by raccoons in Central Park; and 3) wrote their new album, Xtreme Now, while "living on a black metal utopian commune on Vormsi, a remote island off the coast of Estonia in 2012." But what does seem reasonable to believe about the pair, who early this month bring their neon indie-dance beats to BSP, is that they formed in 2007 and have released eight albums, three of them produced by Animal Collective's Avey Tare for his Paw Tracks label. With Shana Falana. (Chris Maxwell celebrates his new album March 4; Rising Appalachia rambles March 30.) 7:30pm. $10, $12. Kingston. (845) 481-5158; Bspkingston.com.