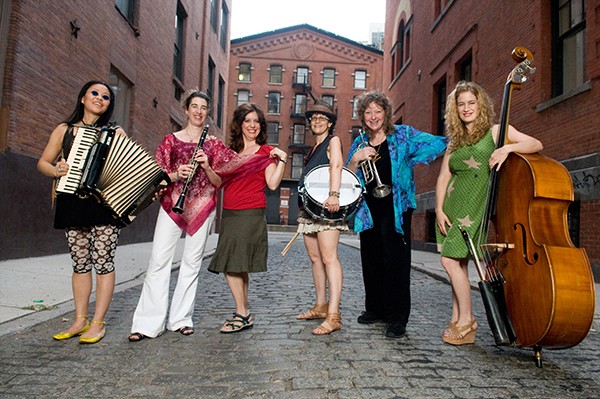 June 17. New York all-female klezmer sextet Isle of Klezbos really should win a prize for having one of the cheekiest band names of all time. But despite the cute moniker, the outfit is no joke: Established in 1998 by leader and drummer Eve Sinclair, they've toured Europe and North America and appeared on "CBS Sunday Morning," "CNN World Beat," PBS's "In the Life," while their music has been featured on Showtime's "The L Word" and on several film soundtracks. The Rosendale Cafe hosts the group, whose rambunctious sound mines classic swing and tango as well as traditional Eastern European Jewish klezmer, for this assuredly jubilant Pride Month performance. (Mary Gauthier graces June 10; the Abby Hollander Band holds forth June 30.) 8pm. $15. Rosendale. (845) 658-9048.