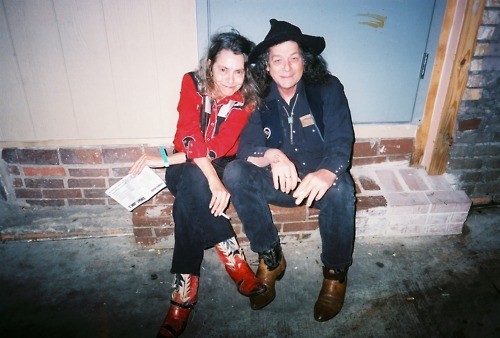 June 16. Now here's a billing few of us tuned-in music nuts thought we'd ever see in the Hudson Valley: the first couple of garage punk, Fred and Toody Cole of the legendary band Dead Moon—especially since the 67-year-old Fred Cole underwent open-heart surgery little more than a year ago. But here they are, at BSP Lounge, to give rockers a third their age a tough lesson. A veteran of '60s garage bangers the Weeds and the Lollipop Shoppe, Fred formed the Rats with Toody in the late '70s; that trio morphed into Dead Moon, whose dirt-shack-raw sound and off-the-grid outlaw ideology made them legitimate American primitives and underground gods in Europe. By the time the States caught on, however, Dead Moon was dead and their next band, Pierced Arrows were in flight. Although Dead Moon was recently resurrected, this show—our pick of the month—stars just the husband and wife, stark and alone. (Monogold, the Sun Parade, and Happy You beam June 5; Jessica Pratt and Widowspeak wail June 20.) 7:30pm. $10. Kingston. (845) 481-5158; Bspkingston.com.