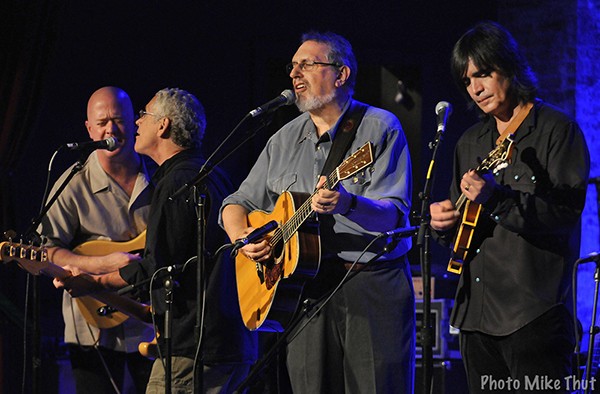 March 22. One of the essential-but-unheralded figures of contemporary Americana, Tarrytown-raised multi-instrumentalist David Bromberg was a fixture of the 1960s Greenwich Village folk scene, working with Richie Havens, Tom Rush, Tom Paxton, Jerry Jeff Walker, and others before making his self-titled debut on Columbia Records in 1971 (featuring "The Holdup," a collaboration with George Harrison). Across his nearly five-decade career, Bromberg has also played guitar, dobro, fiddle, and mandolin on albums by Bob Dylan, Carly Simon, the Eagles, Bonnie Raitt, Willie Nelson, Ringo Starr, and many more. Lately, though, he mainly works as a luthier and doesn't tour as much as he once did—which makes this date by his quintet at the Bearsville Theater a recommended rarity. (Ed Romanoff and Clive Barnes folk it up March 19; Danielia Cotton and Adrien Reju co-headline March 27.) 7pm. $45, $55, $70. Bearsville. (845) 679-4406; Bearsvilletheater.com.