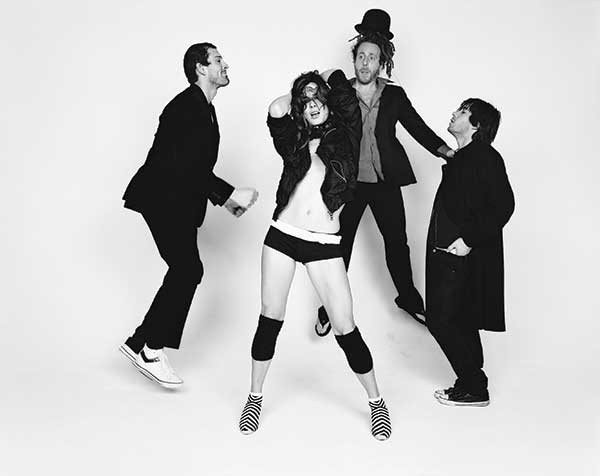 March 7. What's in a name? Confusion, sometimes. By choosing Brazilian Girls as theirs, this pop-electronica quartet set themselves up for the following, eternally recurring disclaimer: None of the members are Brazilian and only one of them is a girl. With that out of the way, we'll tell you that Brazilian Girls is actually from New York, and their clubby grooves, exotic sampling, and multilingual vocals courtesy of Italian-born singer/lyricist Sabina Sciubba evoke Portishead meeting Bjork in rave land. Early on, the band, which this month plays Club Helsinki for the first time, won the patronage of Talking Heads main man David Byrne, who appeared on their 2008 single "I'm Losing Myself" (the group covered the Heads' "Cross Eyed and Painless" for a 2007 AIDS benefit album). The foursome's danceable cocktail makes a fine tonic for the winter blues. (The North Mississippi All Stars and Anders Osbourne visit March 1; Voodoo Orchestra North returns March 13.) 9pm. $25, $35. Hudson. (518) 828-4800; Helsinkihudson.com.