Nice Rooms are Not Precursors to Jail 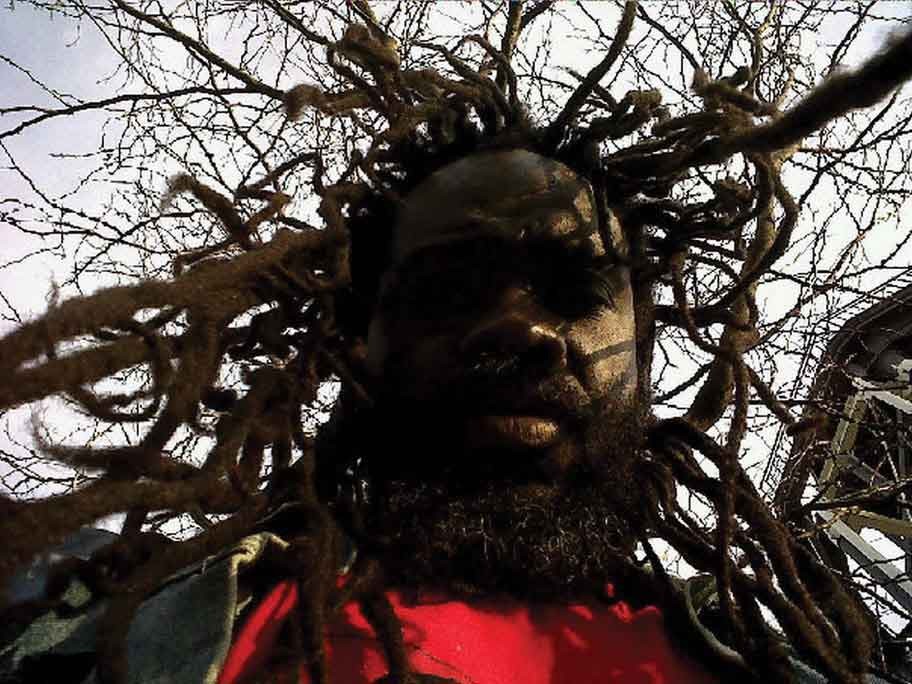 Iyaba Ibo Mandingo and Brent Buell made a promise 10 years ago: One day Mandingo would write a play about his life and Buell would direct it. They met when Buell was directing a show about slam poetry at Sing Sing, part of his involvement with the arts-in-prison group Rehabilitation for the Arts. Mandingo, one of the nation’s best slam poets at the time, was asked to come in. When Buell saw him perform, he was immediately enthralled by Mandingo’s energetic stage presence and politically infused messages. “A year and a half ago, Iyaba called me and said ‘Remember the play I told you about? It’s ready, I want you to come and see it,’” says Buell. “And my wife and I went up to Harlem to see Iyaba perform and it knocked me out.” The play has evolved into “unFramed”, which will be performed on May 13 at the Railroad Playhouse in Newburgh.

“unFramed” is a one-man show, but Mandingo’s vibrant personality fills the stage as ably as a large cast. At times, he may be frantically painting his self-portrait, sometimes with a brush, sometimes with his hands; or reciting his own lyrics; or telling a story about his life. Whether it is painting, poetry, or even singing, Mandingo is eager to pour out his creative energy in any way possible.

The play’s narrative arc follows Mandingo’s life: It begins with his childhood in Antigua, his move to America as an adolescent, and continues through his post-9/11 arrest for being an “undocumented immigrant.” (Mandingo, who lived in Antigua until the age of 13, has since become a US citizen.) The play illuminates the contrast between a child dreaming of America and the reality of day-to-day existence for a young black man in the land of opportunity. According to Buell and Mandingo, the play is not only an examination of social issues, but also an uplifting coming-of-age tale. The play’s ability to transcend race and class and give refreshing life to universal themes has made “unFramed” resonate so well across demographic boundaries. “America is one of the greatest experiments, a melting pot where cultures can come together and share with each other,” Mandingo says. However, Mandingo believes that America’s potential has not yet been reached, and says “it will be really exciting to see the day when that idea kicks off full-fledged.”

Mandingo loves the challenge of telling the story through acting, a new mode of expression for him, and though he has been involved with painting and poetry longer than he has acting, he appreciates the subtlety of mastering a new art. Mandingo had to find the balance between years of dramatic oral delivery with his poetry and the importance of movement and dynamics in stage acting. “I learned about over emphasizing words with performance poetry,” Mandingo says, “But I learned that when you’re acting, you’re doing that the least.”

In addition to staging “unFramed,” Mandingo and Buell will be working with Newburgh schools during their two week residence at the Railroad Playhouse, which began in late April. Buell and Mandingo will be providing art workshops and talking to the kids about their futures in the arts. Mandingo, whose “day job” is working as a master teaching artist in New York City schools, is excited to interact with kids in Newburgh. “I want to go into schools, especially where there are black boys like me, and talk to them, explaining that this nice room is not a precursor to jail,” says Mandingo.