News Headlines You May Have Missed from November 2017 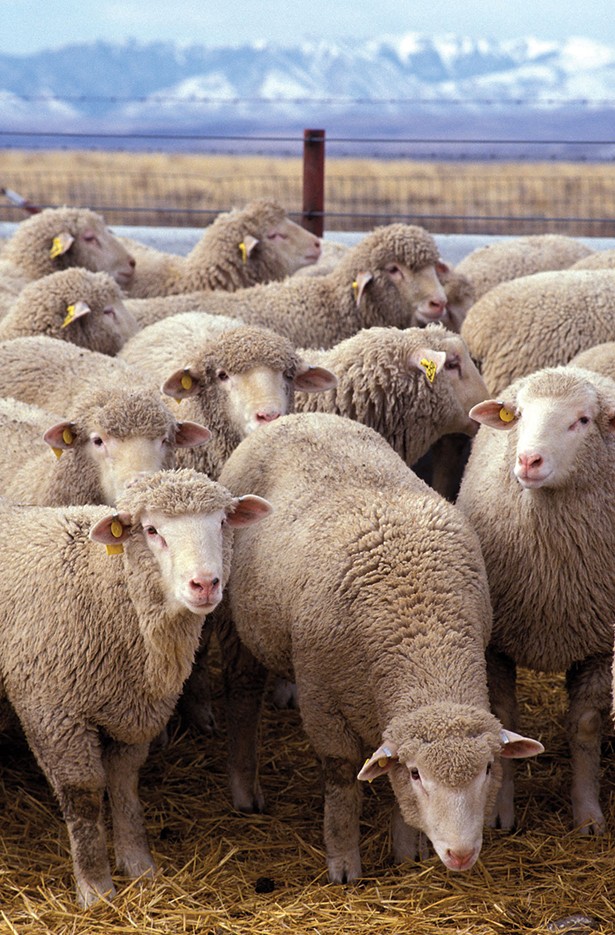 According to a new study by Cambridge University researchers published in the journal Open Science, eight Welsh Mountain sheep were trained to identify the faces of actors Jake Gyllenhaal and Emma Watson, former President Barack Obama, and BBC newsreader Fiona Bruce. The sheep chose photos of familiar faces over unfamiliar ones significantly more often than not, demonstrating face recognition abilities akin to primates. The ruminants were shown different photos on two computer screens; the sheep made their choice by breaking an infrared beam with their noses to release the treat.

On October 29, Juli Briskman was photographed giving the middle finger to President Trump's motorcade during a weekend bike ride in Virginia. The Monday after the photo was taken, Briskman told her employer, government contractor Akima, that she was the cyclist pictured. She was fired the next day, Akima claiming that Briskman was in violation of the company's social media policy because she had used the photo on her Facebook and Twitter feeds. When Hudson, Massachusetts resident Rob Mello heard about Briskman's dismissal, he started a GoFundMe campaign for her. As of November 15, the campaign raised over $100,000 from over 4,000 donors.

For the third time, the CIA released a trove of files that were stashed on Osama Bin Laden's computer—including home videos and animated films alongside horrifying footage of executions. The dump of 470,000 files by the US intelligence service in early November reveal a bizarre mix of lighthearted movies like Antz, wildlife documentaries, as well as the film Where in the World is Osama Bin Laden? CIA Director Mike Pompeo claimed the release was "in the interest of transparency and to enhance public understanding of al Qaeda."

A recent study published in the journal Plos One states that flying insect populations have plunged by three-quarters over the past 25 years. The research is based on the work of dozens of amateur entomologists across Germany who began using strictly standardized ways of collecting insects in 1989. "Insects make up about two-thirds of all life on Earth [but] there has been some kind of horrific decline," said Professor Dave Goulson of Sussex University, and part of the team behind the new study. "We appear to be making vast tracts of land inhospitable to most forms of life, and are currently on course for ecological Armageddon. If we lose the insects then everything is going to collapse." The cause of the huge decline is unclear, although the destruction of wild areas and widespread use of pesticides are the most likely factors. Climate change may also play a role. The scientists were able to rule out weather and changes to landscape in the reserves as causes, but data on pesticide levels has not been collected.

New Delhi, India, a city of 22 million, is once again choking on extremely high levels of air pollution. In parts of the city, air quality index (AQI) readings have hit 999—the equivalent of smoking 45 cigarettes a day. But 999 is the maximum reading on air monitors, which means actual levels are likely higher. "I feel breathless even inside my car. I can't keep the windows of my house open," New Delhi businessman Nishank Dadu said. "Delhi has become a gas chamber and nobody seems to be doing anything to improve the situation." The dense smog is being blamed for car crashes, including a recent 24-car highway pileup just outside the city. Globally, chronic exposure to air pollution causes roughly 7 million people to die prematurely each year.

Be careful, food Instagrammers, an anti-photography trend may be gaining traction: The Waterside Inn, a British restaurant that's continuously held three Michelin stars since 1985, decided to ban photography inside the dining room in early November. Michel Roux, who co-founded the restaurant in 1972, told the Daily Mail that they've outlawed the practice on a sign that lays down the rules. "I'm really getting so upset about people taking pictures," Roux said. The 76-year-old chef said he can't comprehend why diners do this: "What are they doing? A picture on a phone cannot possibly capture the flavors." French chefs launched a campaign in 2014 to ban phototaking, on grounds that it was a threat to France's storied gastronomic traditions. Top New York restaurants have also tried barring photography outright. Momofuku Ko's David Chang once justified the rule thusly: "It's just food. Eat it."

On November 16, with 227 Republican votes, the House of Representatives passed the most sweeping tax overhaul in 30 years, taking a significant leap forward as lawmakers seek to enact $1.5 trillion in tax cuts for businesses and individuals. The Senate will consider the bill after Thanksgiving, though it's unclear whether it has the support to pass the chamber. Speaker of the House Paul Ryan (R-WI), one of the main proponents of the plan, is a strong believer in supply-side economics, or trickle-down economics, the theory that what's good for big business and the moneyed elite is inevitably good for the economy and everyone else. Businesses that are allowed to keep more money will spend more money, thus creating more jobs. A previous term for supply-side economics was the "horse and sparrow theory," coined for the idea that if you feed a horse enough oats, some oats will pass through the horse and provide food for the sparrows. It has never worked to date.

Roll Call has declared Rep. John Faso (R-NY), who represents a good portion of the Mid-Hudson Valley, the third-most vulnerable House incumbent in the run-up to the 2018 midterm elections. Though Faso beat Democratic candidate Zephyr Teachout by 8 points in 2016 and Trump carried the district by 7 points, Democrats see an opportunity in the anti-Trump movement. Also, Teachout and the Democratic candidate vying for the seat before her, Sean Eldridge, both moved into the district to run for Congress. This cycle, Democrats are poised to field a candidate with local roots to challenge Faso, who voted for the GOP health care plan. Iraq War veteran Pat Ryan and lawyer Antonio Delgado have emerged as the top candidates in a crowded field, both outraising Faso in the third fundraising quarter of 2017.

The original print version of this article was titled:
"While You Were Sleeping: December 2017"

General News & Politics while you were sleeping

Speaking of While You Were Sleeping

By Jake Swain and Jessica Jones

By Jake Swain and Jessica Jones