Newburgh is not the easiest city in the Hudson Valley to love.

Like a veteran boxer, it has endured many blows over the years, including a well-documented gang and drug problem, urban decay, and financial hardships—nearly a third of the population lives below the poverty line. Yet, somehow, Newburgh has rolled with the punches, and though there might be a scar here or there, something undeniably intriguing, majestic, and, yes, loveable about the city remains.

To begin with, there's the architecture. The city was home to several celebrated architects in the 19th century whose compelling handiwork can still be seen in the form of proud and noble Gothic and Victorian structures that line Newburgh's streets. Then there's the history of the city. It was in Newburgh, from headquarters overlooking the Hudson River, that George Washington guided the Continental Army during the last year and a half of the Revolutionary War.

Finally, there's the culture and diversity. Unlike in other cities and communities in the midst of an urban revival, Newburgh has avoided the sometimes generic pitfalls of gentrification. Revitalization in the city has moved across economic and cultural lines.

Outsiders might still see Newburgh as an underdog but residents say the city's comeback is under way and it is destined for future glory. Cue the soundtrack to Rocky.

History and Architecture
Johanna Porr, director of the Historical Society of Newburgh Bay and the Highlands, says there are two things that will always draw people to Newburgh. "One is the river views, the nature of the scenery, and then we have the historic architecture," she says. "That's what makes Newburgh so uniquely beautiful and those are the two things that just can't be replicated in any other place." 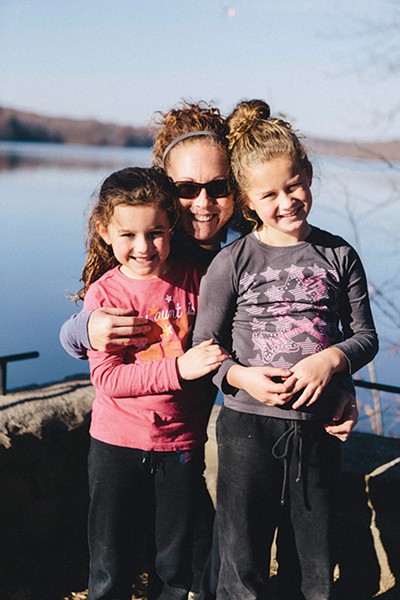 In the 1800s, the city was home to several star architects, including Andrew Jackson Downing and disciples like Calvert Vaux and Frederick Clarke Withers. Since the 1980s, preservationists have been fighting intensely to save the handiwork of these and other architects, with much success.

"Newburgh has the largest contiguous historic district and most diverse in New York State," Porr says. "When you look at New York City, there's more historically preserved buildings but they're scattered around."

The struggle to save historic sites continues, though, and there are many more buildings within Newburgh, both privately and publicly owned, that are in desperate need of restoration. "There's an urgency now that's always getting more and more serious," Porr says. "There are beautiful homes which are so ornately decorated with artistic carvings and stained glass, and all these details that you just can't replicate today. These are sturdy homes and they survived 20 and 30, and 40 and 50, years of neglect, but we're dealing in many cases with maybe 60 years of neglect now. So it's very urgent that we do restore the homes now because they're at that breaking point."

The task of restoration in Newburgh is made more difficult and more rewarding by the sheer number of historically significant homes and buildings. "Almost every single building here was built by a famous architect or has some importance—a moment of history that's tied to it, or some kind of architectural design style that's unique," Porr says. "The city is an architectural classroom, really; you can walk down the street and learn about different styles of architecture here."

The city's historic ties extend beyond architecture. Washington's Headquarters is a must-visit location for any history lover. In 1850, it was acquired by the State of New York and became the first publicly operated historic site in the country. Currently, it has been designed to re-create its condition during the Revolutionary War. The seven-acre site features the Hasbrouck House (the house where Washington guided the war), a museum (built in 1910 that houses thousands of Revolutionary War artifacts), and an impressive monument, the "Tower of Victory," which was completed in 1890 after four years of construction in order to commemorate the centennial of Washington's stay.

"The historical sites here, particularly Washington's Headquarters and the Crawford House Museum [home of the Historical Society of Newburgh Bay and the Highlands], are really the gateways to Newburgh," Porr says. "It happens all the time, that if a person is interested in moving to the city, the first stop they make is one of those two historic sites, and the first people they interact with are members of the preservation community."