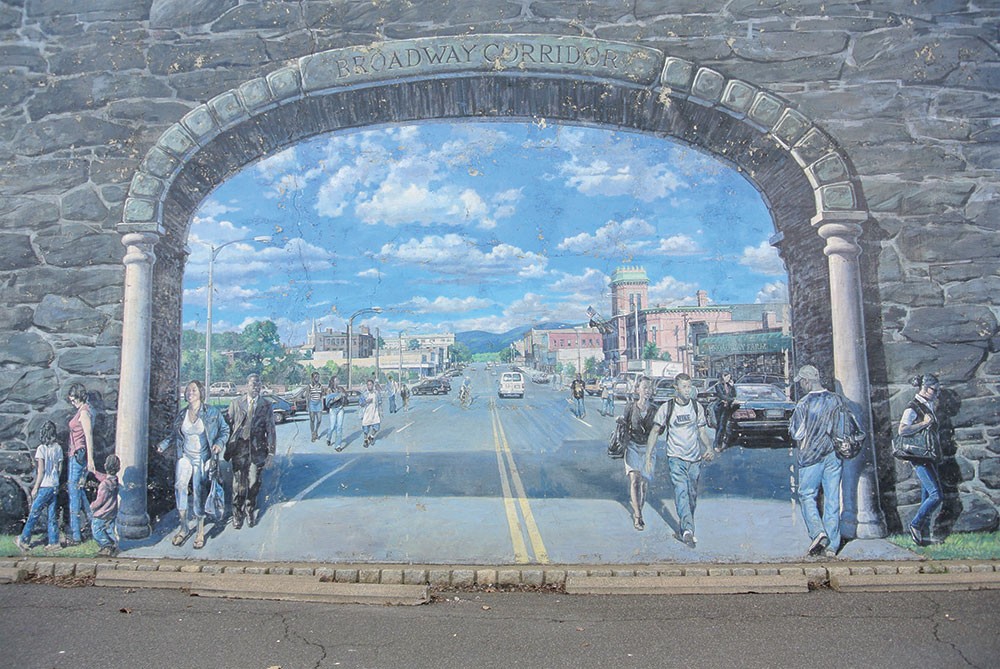 It's been more than four centuries since Henry Hudson sailed up the Hudson River, his chronicler declaring the present-day city of Newburgh to be "a very pleasant place to build a town." Some historians have deduced that this proclamation may have instead applied to where the Village of Cornwall-on-Hudson, in the bucolic Town of Cornwall, now stands, just a bit further south. Either way, he was right, with both historic waterfront communities—each boasting a pleasing, river-meets-mountain aesthetic—proving to be fruitful settlements indeed, despite following courses toward two strikingly different manifestations in the centuries to come.

Perched along the western banks of the Hudson, Newburgh and Cornwall fall within the northeastern section of Orange County, both very much part of the Hudson Valley but distinctly flavored by their proximity to New York, which, set within a 60-mile radius, counts them as part of the greater New York Metropolitan area. Despite there being just over five miles separating Cornwall's core from Newburgh's city center, the two have emerged as a study in contrasts: Newburgh is decidedly urban, oozing raw potential and innovation despite its inner-city obstacles, while Cornwall has embraced its pastoral identity, holding steadfast to a stewardship of nature and an inherent sense of small-town USA.

Newburgh's biggest hurdle has perhaps been its reputation, one of lurid notoriety for crime and grit—a rehashed narrative, as residents will tell you, that's more of a retelling than a reality at this point. To be sure, the city is not without its problems, with gangs and drugs (as geographically isolated and targeted as they may be) a very real byproduct of an impoverished local community that's been left to withstand the post-industrial fallout marking Newburgh's late-20th-century demise. Once a jewel of an all-American industrial city in the 19th and early 20th centuries, Newburgh was eventually left to a slow spiral of urban decay, a long and torrid downfall that's owed to myriad reasons too exhaustive to comprehensively depict here.

But recently, more optimistic headlines out of Newburgh have pointed to a city in transition, as a slate of distinctive entrepreneurial ventures, creative artistic and cultural endeavors, and other developmental projects continue to emerge with increasing frequency. The investment in the city's revitalization—fed by money, time, energy, and hope—has been palpable, as a clear pattern of community rebirth emerges for this Hudson Valley diamond-in-the-rough.

The redevelopment momentum is largely owed to the capital and time put forth by several preservation-minded nonprofits, often working in collaboration. Since 1999, Habitat for Humanity has worked to bring 85 gut-rehabbed and new-build homes to the city, with as many as nine more slated to come online in 2017.

Affordable regional housing and community developer RUPCO, meanwhile, has just kicked off a 16-month construction schedule for their first foray into Newburgh: a $15 million project that will revitalize 15 historic buildings to feature 45 affordable apartments, a community space, and a policing substation on four blocks immediately north of Broadway.

The RUPCO project, along with several Habitat properties, was developed in partnership with the Newburgh Community Land Bank, which aims to stimulate economic development and neighborhood revitalization in the city by acquiring abandoned and underutilized properties and giving them new life via affordable redevelopment initiatives; to date, they've sold over 50 Newburgh properties.

Another transformative program has been the Hudson Valley Pattern for Progress's August 2016-launched Creative Neighborhood project, which is assessing revitalization potential in the neighborhood surrounding the waterfront SUNY Orange campus. They've helped usher in a $3 million low-interest loan fund to help fund area businesses, and are collaborating with the college on the adaptive reuse of three vacant civic buildings by late 2018, where they envision a "creative makers-village-type atmosphere" incorporating the college curriculum.