A Grain of Truth

In 2009, Peter Barrett wrote in these pages, "we're at the beginning of a full-blown renaissance of artisanal microdistilling in the Valley." Only three years later, the industry has entered into a new stratosphere of success. Since our last major coverage of the regional phenomenon, the number of distilleries in New York has almost doubled. A report by Michael Kinstlick, the CEO of West Park's new Coppersea Distilling, cites a rise in US craft distilleries from 24 in 2000 to 52 in 2005 to 234 by the end of 2011. New York, one of the pioneering states behind the industry boom, went from five craft distilleries in 2007 to over 20 in 2011. In addition to this explosive growth, existing distilleries have developed by adding new products and, in some cases, expanding into new spaces. One Hudson Valley spirit line is even crossing international borders. In terms of both growth and innovation, the region's microdistillery industry seems to have matured into its high renaissance.

Ralph Erenzo and the other trailblazers at Tuthilltown Spirits in Gardiner are largely to thank for such growth. Though he originally intended to build a climber's ranch near the cliffs of the world-renowned 'Gunks, Erenzo, along with his business partner Brian Lee, decided to use the Tuthilltown Gristmill for a distillery specializing in whiskey—a spirit that hadn't been commercially produced in the state since Prohibition. After acquiring permits in 2005, Erenzo was unsatisfied with the limits of the existing laws, which did not include permission to have a shop or conduct samplings or tours on premises. In an attempt to amend the license so that it would include the right to consumer sales, he prompted the Farm Distillery Act of 2007, which effectively opened the floodgates for craft distillers in the region.

The law is one of reciprocity and sustainability—70 percent of the materials used for distilling must come from New York raw agricultural material. In return, microdistilleries may sell their products on site and self-distribute. The deal wasn't only meant to help propel the distillery industry; it was a way to support farmers and the local economy as a whole. "All New York growers suddenly had a new market for their materials that hadn't even existed in New York since Prohibition," says Erenzo. "When the recession hit, states were desperate for cash, and they saw it as an opportunity." Erenzo's activism has effected much change in the industry, making it easier for small microdistilleries to open. "The governor really has expressed and taken extraordinary steps to help develop and promote the artisan beverage industry in New York," says Erenzo. This includes the recently passed legislation that will allow the sale of spirits at farmers' markets and state and county fairs starting this April. "We're very supportive of projects like Tuthilltown," says Ulster County Executive Mike Hein. "It's an important business on its own, generating revenue and jobs." Also, he adds, "it utilizes local agriculture and helps support the $500 million agricultural industry segment of our economy."

The economic value of the industry in the midst of a recession wasn't the only fuel for the microdistillery boom. "It fits perfectly with the rise of the locavore movement," says Erenzo. Being able to offer tastings and tours on premise tapped into a burgeoning tourist market of savvy culinary consumers who want to know where their food comes from and how it's made. According to Hein, recent numbers show that Ulster County's tourism industry is up by 12 percent since last year. "Instead of leaving the state, we're seeing a significant number of residents who are exploring the Catskills," Hein says, adding that the boutique distillery indudstry is a wonderful addition to the area's abundant attractions. The whole food ethos paired with a renewed interest in pre-Prohibition style cocktails has shifted drinking trends in the US back to classic spirits, especially whiskey and bourbon. 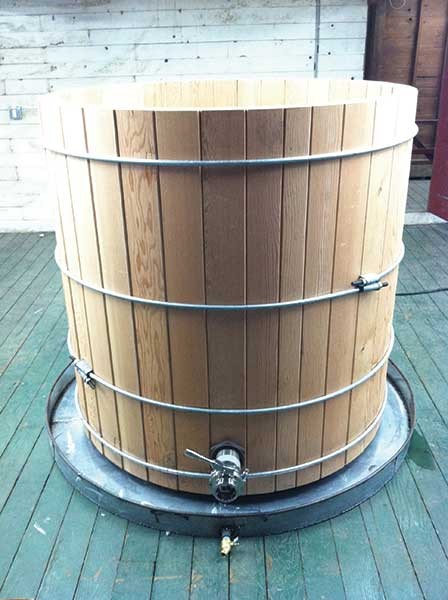 Newcomers
Coppersea Distilling in West Park is one of the newest additions to the Hudson Valley microdistillery landscape, having received their distilling license toward the end of last summer. "We're very primitive in our approach, our equipment, and in our whole philosophy of the craft of distilling," says Christopher Williams, distillery manager. Their hand-hammered copper pot still is heated by a fire underneath it. "[It] is the kind you'd see operating in this region in the late 1800s and back," Williams says. Coppersea's handcrafted approach is perhaps most evident in its on-site malting operation. Rather than buy grains from industrial malters, Coppersea uses traditional floor-malting methods. "It creates other flavors, many of which have not really been explored," Williams says.