New Yorkers Against Hydrofracking: An Urgent Call to Action in Albany 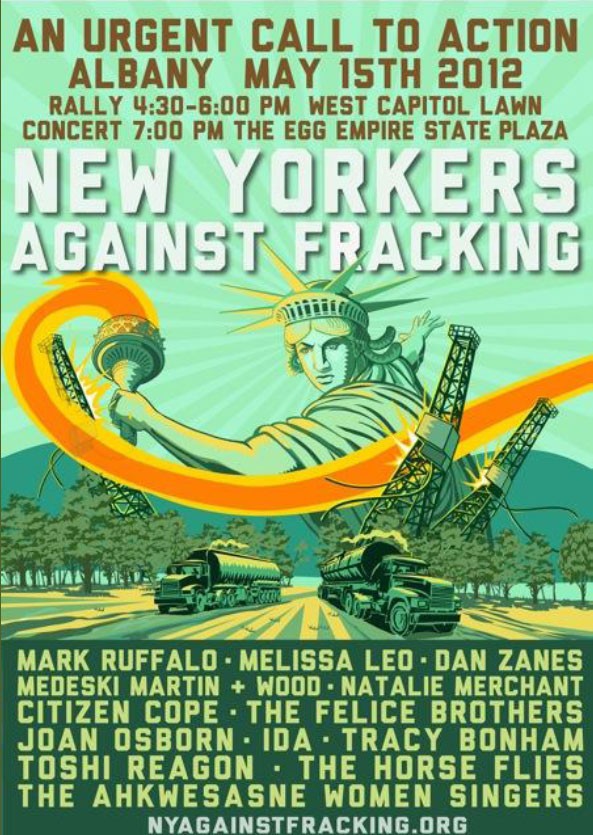 Following a rally with New Yorkers Against Hydrofracking, a concert will be held to speak out against the threat of drilling in New York. Performers include Medeski, Martin, and Wood, Tracy Bonham, Joan Osborne, The Felice Brothers, The Horseflies, and Ida. The acts will be interspersed between speakers and projected film and photographs. Singer/songwriter Natalie Merchant, who will also be performing says, “I’m a life-long resident of rural New York and I’m terrified of what may happen to my home state if hydraulic fracturing begins.” Additionally, there will be speakers including scientists, journalists, politicians, and activists. Oscar-winning documentarian Alex Gibney (Client No. 9, Taxi to the Dark Side, Enron: The Smartest Guy in the Room) will be capturing footage. The rally will take place May 15 4:30 to 6 pm on the West Capitol Lawn in Albany and the concert will begin at 7 pm at The Egg. (518) 473-1845, Theegg.org; Nyagainstfracking.org.