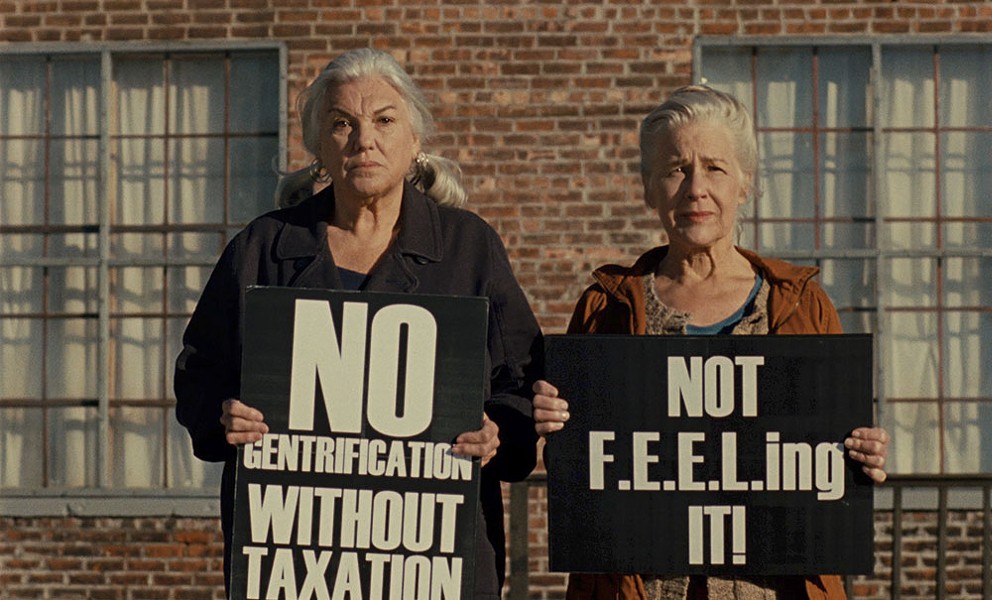 A Bread Factory, the new two-part film from writer-director Patrick Wang (In the Family, The Grief of Others), tells the story Dorothea and Greta, who after running a community arts center for 40 years, suddenly find themselves fighting for survival in the quickly gentrifying town of Checkford. Wang was inspired by Bruce and Mussman's personal story, and the story of a small city in transition. "A small town turns out to be a great setting for thinking about many big themes: art and commerce, globalization, gentrification, changing social institutions, and new technology," Wang says.

Told in two parts, A Bread Factory stars Emmy-award winner Tyne Daly and Elizabeth Henry as Dorothea and Greta. In part one, For the Sake of Gold, Dorothea and Greta's arts center is threatened when a celebrity couple—performance artists from China—build an enormous complex down the street, catapulting big changes in their small town. In part two,Walk With Me a While, townspeople rehearse the Greek play, "Hecuba" at the Bread Factory while outside the town has been invaded by bizarre tourists and mysterious tech workers. There is a new normal in Checkford, if it is even really Checkford any longer.

Most of the film was shot in Hudson and at Time & Space Limited in 2017 and features some cast and crew drawn from Hudson, but Wang is careful not to equate the problems of the fictional town of Checkford with Hudson. "The city in the film is having more of an existential crisis than the actual City of Hudson," says Wang. "Hudson feels like a slow-motion version of Checkford, where things can go either way."