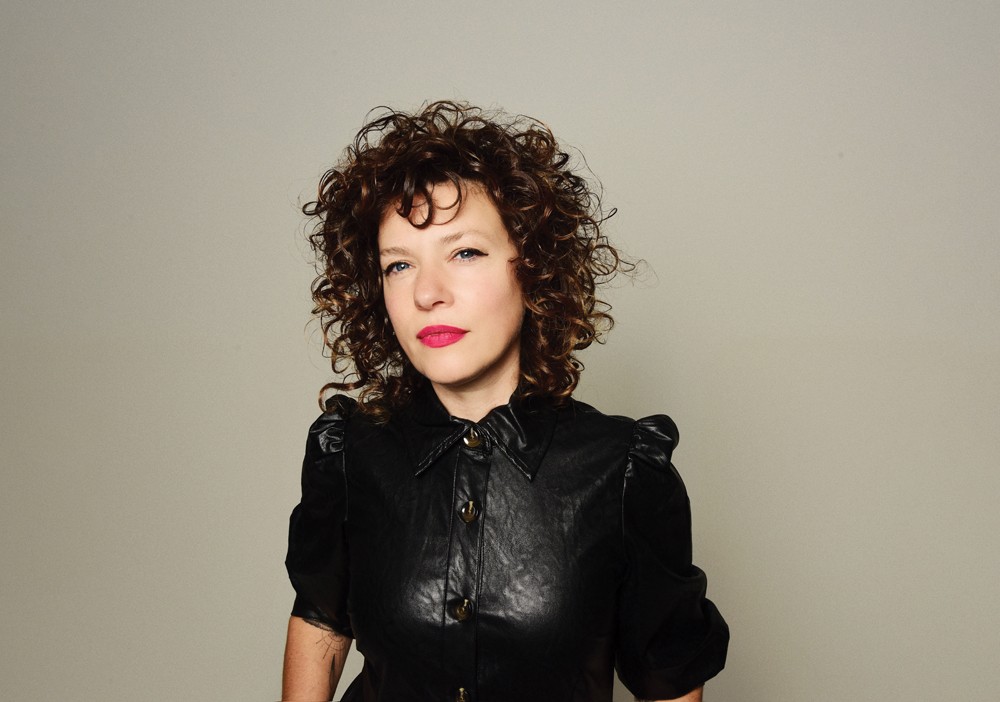 If you've bounced around the radio dial in the Hudson Valley/New York Metro region at all during the past two decades, you likely know the voice of Carmel Holt. After 15 years at Radio Woodstock (WDST), Holt in 2013 became a host, interviewer, and assistant music director at New York's WFUV. In 2019, she left the latter station to develop "Sheroes," a radio show focused on raising the voices of female artists that's heard locally on Radio Kingston and last month launched nationally as a weekly NPR broadcast. In celebration of the syndication, Holt responded to the questions below by email. Sheroesradio.com.

What's the story behind "Sheroes"?

"Sheroes" was originally conceived as a podcast. I was working at WFUV and the topic of gender inequities in radio programming (and in the music industry at large) was really starting to heat up in a more public way at our annual radio conferences. The idea of putting together a female-focused show had been on my mind for a long time, and then it started to feel more urgent in 2018, when Neil Portnow, the president of the Recording Academy, said that "women who have the creativity in their hearts and souls, who want to be musicians, who want to be engineers, producers, and want to be part of the industry on the executive level" need to "step up." I loved WFUV and being in public radio in New York City had always been a dream of mine, but I craved doing something of my own. I told a friend who worked at Spotify, "What I really want to do is create a podcast about the experience of being a woman in music," and he offered to help. WFUV had begun hosting a series of "In Conversation" taped events where I interviewed two of my own sheroes, Cat Power and Sharon Van Etten. The global brand manager of Sonos happened to be in the room for the second of those interviews and asked me, "Have you ever thought about getting into podcasting?" Sonos was launching a podcast incubator program, and she wanted to know if we could meet to talk about it. Just before our meeting, I heard back from my contact at Spotify: They were going to pass on "Sheroes." I accepted Sonos' offer to join the incubator and gave my notice at WFUV. After I left WFUV, I had a coffee with my old WDST boss and mentor, Jimmy Buff, who had recently taken the helm at Radio Kingston, and he asked if I wanted a show there. I immediately said yes and that it would be a playlist version of my podcast. Then I created a sample hour to pitch, and other stations were interested: The first to sign on was KXT 91.7 in Dallas; from there, more stations signed on, and I now have 10 affiliates across the country carrying the show, with more expressing interest. So it is really true: One door closes, another opens.

Were there any particular experiences that inspired the idea for the show?

Yes, there were many. I am a woman who has been devoted to music my entire life. I was a musician first, before I got into radio. And in both cases, it has been really challenging and painful at times. I may have even given up on pursuing my own music because of how hard it was. But it didn't get any easier. Radio and the entire music business are male-dominated spaces. It is inherently hard to push forward and persevere, and the odds are still stacked against women. And living in a misogynist society makes any pursuit difficult. The imbalance of power, both in professional and personal relationships, and the all-too-frequent abuse of that power, can have crippling effects on women's and girls' ability to pursue their dreams. I am all too familiar with all of those phenomena, and I want to help change the narrative where I can. This is where I find myself providing a platform to have these conversations; to share our experiences and stories; and hoping to build awareness, empathy, and meaningful change.

What criteria do you have in mind when selecting the music for the show? Obviously, the programming centers on women artists, but what other defining qualities do you look for with the music you play?

To showcase a diverse range of female-identifying voices, across genres, generations, cultures, races, and nationalities. Inclusivity and diversity may be buzzwords right now, but it has always been my mission to embody that ethos in my work as long as I have been on the air. It's also important to note that it is much harder for women to continue to get airplay as they age, so I also make a conscious effort to include new music being made by heritage artists, not just the popular songs that made them famous when they were young.

Who have been some of your own sheroes?

Number one: Joni Mitchell. She is a true artist, uncompromising, who was unafraid to take risks, evolve her sound, and stay true to her vision. She is, and always will be, an unequaled genius. Neko Case: her singular voice, her wildness, her writing, her "I-don't-give-two-fucks attitude," her feminism, her sharp wit and sense of humor, her devotion to her animals and the natural world, her individuality. I could go on and on. To me, she embodies the complex, magnificent, and multi-faceted world of being a woman. Neko is my spirit animal. Also: Sharon Jones, Lizzo, Billie Holiday, the Breeders, and Bjork. There is no one like Bjork. Her work is astonishing, and unparalleled. A true artist.

For that young girl somewhere who's the same age you were when you first discovered radio and music and is hearing the show for the first time, what do most hope she takes away from "Sheroes"?

That this show is for her. That she can do whatever she is passionate about, and if that is music, then the world is waiting to hear her voice. Just listen to these sheroes. If they can do it, so can you.

9 Events To Check Out This March

By Abby Foster and Tiana Headley